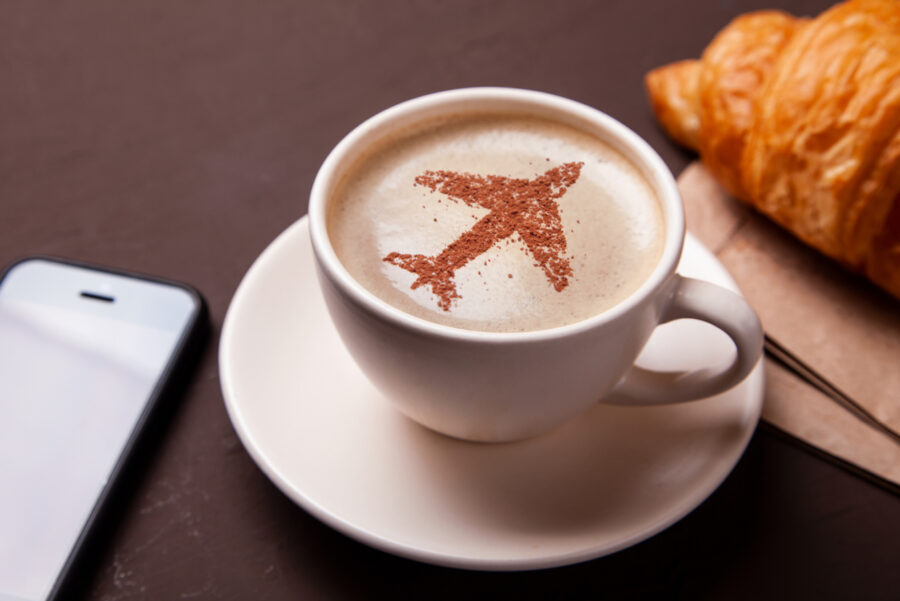 Grab your cup tight because we’re pouring The Brew quickly.

At Least the Roads are Less Racist

Air traffic began returning to normal yesterday afternoon after an FAA computer outage had forced a full ground stop to departures across the United States. The NOTAMS system crashed, which is a non-emergency advisory system that notifies pilots pre-flight about issues that may impact their trips.

Part of the issue might be found in the name. NOTAMS stands for “Notice to Air Missions.” Until December 2021, it stood for Notice to Airmen. But when Mayor Pete Buttigieg is your Secretary of Transportation, the focus is not on getting the job done, but getting the department woke.

John Cardillo notes the focus of DOT and FAA in the 2023 budget: “Racial equality,” “inclusion,” “income inequity,” “environmental justice” and, of course, “climate change.” None of which help you or the stuff you need get from Point A to Point B.

If you’re surprised that the FAA’s systems went down this morning grounding all domestic flights, you shouldn’t be.

Below are DOT and FAA’s approps focus in the 2023 budget:

Under Mayor Pete, the trucking supply chain’s a mess, ports are clogged, the rail industry has twice come close to shutting down and the airline system has suffered major issues. Oh, and gasoline prices are through the roof. But, hey, at least the roads are less racist and Buttigieg hasn’t found a way to make a mess of walking. Yet.

Not surprisingly, when Buttigieg himself has to get somewhere — say a sporting event in Europe with his spouse — he’s perfectly happy to hop on a military jet. (Thank you, Americans for Public Trust and Fox News for exposing that.)

More Biden classified documents found? Fox News is confirming an NBC News report that Biden aides found additional classified material at another location used by Joe. White House and DOJ did not confirm the report as of 5:30 EST. However, it’s worth noting that White House Press Secretary Karine Jean-Pierre did not mention this second (at least) discovery when asked Wednesday about the growing scandal.

Jean-Pierre brushed aside questions about the Biden classified docs. When asked “These documents were discovered on November 2nd … . Why was the public not informed while the White House prepared its PR response for two months?” Jean-Pierre responded. “I’m not going to go beyond what the president said yesterday.”

Biden had said that he was “surprised” classified documents were found at his Penn Biden office. I confess my first thought was, “Surprised they hadn’t been destroyed?” Worked for Hillary.

Since the story broke Monday of then-former VP Joe Biden stashing highly classified documents at his Chinese-funded Penn Biden Center office, the media has been working overtime insisting that there’s no connection between Biden’s handful of docs and the raid on Mar-a-Lago.

Thanks to Paul Sperry of Real Clear Investigations, we now know there is a direct connection.

You know those stories about the Biden Administration and the U.S. Consumer Product Safety Commission planning to ban gas stoves? Not so, CPSC Chair Alexander Hoehn-Saric says. Sure, the CPSC is looking at ways to “reduce related indoor air quality hazards,” he said. “But to be clear, I am not looking to ban stoves and the CPSC has no proceeding to do so.” Did the White House change its mind when it felt the pushback?

Looks like Democratic Rep. Eric Swalwell will have more time for flatulence and flings with Chinese spies. Speaker Kevin McCarthy confirmed that Swalwell has been booted from the House Intelligence Committee.

“Swalwell can’t get a security clearance in the private sector. I’m not going to give him a government security clearance,” McCarthy told Punchbowl News, “Schiff has lied too many times to the American public. He should not be on Intel.”

McCarthy says he’s also wants radical Rep. Ilhan Omar off the House Foreign Affairs Committee because of her history of anti-Semitism. Now, if they create a House Incestuous Affairs Committee, Omar’s your gal.

Newly sworn-in Arkansas Gov. Sarah Huckabee Sanders may be the biological daughter of former Gov. Mike Huckabee. But it looks like she wants to be the political sister of Florida Gov. Ron DeSantis.

Sarah’s hand was barely off the Bible for her swearing in Tuesday when she issued executive orders that show she means business. She has banned the use of “Latinx” on state documents. Only 3% of Hispanics use the term, and Huckabee calls the gender-negating term “culturally insensitive.” Gov. Sanders also banned the use of TikTok from government devices and banished CRT from public schools.

“As long as I am governor, our schools will focus on the skills our children need to get ahead in the modern world – not brainwashing our children with a left-wing political agenda.”

USC Won’t Use Word ‘Field’ Anymore Because of Racist Connotations

Even for the Left Coast this is bonkers. The University of Southern California’s School of Social Work will no longer use the word “field” … as in “field work” or “going into the field.” Why? The word “may have connotations for descendants of slavery and immigrant workers that are not benign.” Instead, they’ll use “practicum.”

“This change supports anti-racist social work practice by replacing language that would be considered anti-Black or anti-immigrant in favor of inclusive language.” Actually, it is racist to assume Blacks and immigrants are too stupid, weak and sensitive not to understand that words evolve, but will break down in tears if faced with a word that has a history tangentially connected to past traumas of their dead ancestors.

Really. If you said, “I’m going into the field of psychology,” is there any normal person would say, “You hurtful racist! My ancestors broke their back in the field picking cotton!” I suppose Star Trek is racist for spending so much time talking about force fields.

Actually, we don’t have to go into the final frontier. How soon before USC has to change its name because the word “California” itself is racist. “California” was given its name by Spanish explorers, who of course, took the land from the indigenous peoples. That’s a bigger shame than the use of the word “field.” The Spanish pulled the name from a 16th century novel, which, of course, means “California” is brutally insensitive to people who can’t read.

Does USC ship packages? Racists! After all the word “ship” can remind Blacks how slaves were transported.

Buffalo Bills Safety Damar Hamlin Has Been Released From the Hospital!

Just nine days after suffering cardiac arrest during a Monday Night Football game, Buffalo Bills safety Damar Hamlin has been released from a Buffalo hospital. The team shared the wonderful news on Twitter. He’ll continue his recovery at home.

In case you’re wondering, the Bills play the Dolphins Sunday in Buffalo in an AFC wild card game.

Rev. James Robison pays an absolutely beautiful tribute to his long-time friend and inspiration, “Jack Hayford: In the Presence of His ‘Majesty.’” Pastor Jack played a pivotal role in Rev. Robison’s life and ministry, and upon the death of James and Betty’s daughter Robin, Jack shared a vision of Robin in heaven you simply can’t miss.

Tom Gilson has a great article you can read or listen to called “3 Reasons You Must Not ‘Trust the Science’ on Proposed Gas Ban.”