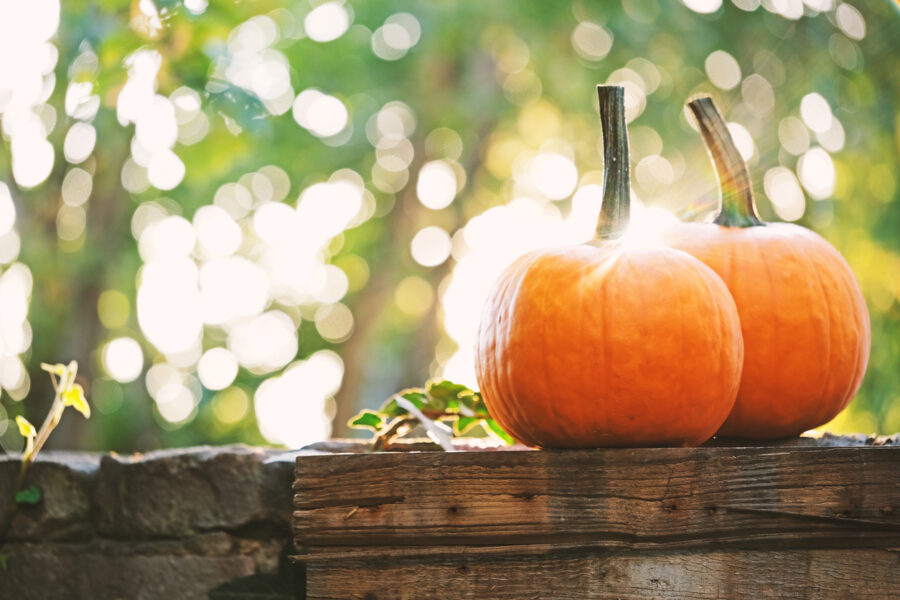 Today’s Brew is a pumpkin spice. See why at the end.

But first, a somber poll.

The Threat of Nuclear War

Vladimir Putin is threatening to use tactical nuclear weapons in his war against Ukraine. He’s even got his biggest nuclear missile-toting ship on the move. Ukraine has formally applied for NATO membership, which, if granted, practically guarantees the U.S. will be at war with Russia. A war that can easily blow out of control. Ukraine literally cursed Elon Musk’s suggestion for a diplomatic end to the war.

Meanwhile, North Korea, which is down with Putin’s move on Ukraine, just lobbed a missile toward Japan.

No question we are at the closest we’ve been to a nuclear war since the Cuban Missile Crisis — not that the media or administration are acting like it.

How concerned are you that the conflict with Russia will turn nuclear?

Fascinating split of the vote.

Good news for the cause of free speech.

Elon Musk has told Twitter he is willing to purchase the social media giant at his original offering price after all, Bloomberg is reporting. (Story is behind paywall, but you can read about it here.) Musk has been trying to get out of the deal, claiming Twitter greatly exaggerated its legitimate users and was hiding the number of accounts that were bots. Twitter sued to force Musk to go through with the deal. But now, a couple weeks before the trial was to start, Musk says he’s willing to move forward at $54.20 a share.

According to Bloomberg, Musk’s legal team sensed the judge was going to rule against the billionaire.

Late Tuesday afternoon, Twitter said it plans on closing the deal with Musk.

So baring any more twists in the story, Elon Musk is the new, official owner of Twitter.

The White House confirmed Tuesday that Joe Biden “intends” to run again in 2024. This came a couple hours after Al Sharpton claimed Biden told him privately in August, “I’m going to do it again.”

Meanwhile, Joe’s old business partner Tony Bobulinski was on Tucker Carlson’s show last night. Even though Bobulinski confirmed to the FBI that Joe Biden was “the Big Guy” set to get a 10% cut of a lucrative Biden Inc. deal with Communist China, the FBI never contacted him again. Last night, Bobulinski revealed that Joe’s brother Jim called him right in the middle of his FBI interview.

He also claims that the Bidens defrauded him and another partner out of $5 million from Chinese energy firm CEFC, and “took the money for themselves.”

So if you are following at home, Biden and his family took millions from the Communist Chinese, stole Bobulinski’s cut, and Biden’s currently selling our oil reserves to China during an energy crisis here, and the authorities could not care less. Trump took out loans and paid them back and the state of New York is suing him for fraud.

Planned Parenthood is taking its murderous act on the road. Literally. According to NPR, they’re outfitting an RV to conduct mobile abortions — chemical abortions by the end of the year and surgical abortions in the new year. First stop for Death on Wheels will be along the Illinois-Missouri border. Illinois allows abortions up to the point of viability. Missouri has some of the strongest protections for life.

The RV will have a small waiting area, restroom, laboratory and two exam rooms. No word on the vehicle’s MPG … or murders-per-gallon.

Planned Parenthood Blasts Monroe Bio-Pic for Being Too ‘Pro-Life’

Meanwhile, Planned Parenthood is upset over Blonde, Netflix’s new bio-pic on Marilyn Monroe. In the movie, Marilyn has two illegal abortions against her will. However, the film depicts Marilyn having conversations with one of the CGI-rendered fetuses. Says the fetus, “You won’t hurt me this time, will you?”

You can see Planned Parenthood’s problem with that. You can’t have an unborn baby look like a baby! And feel pain. Planned Parenthood official Caren Spruch is apoplectic at the “fetus, depicted to look like a fully formed baby.” She calls this a “false image” and “misinformation” to “perpetuate stigma around sexual and reproductive health care.”

Did Monroe really have any abortions? As Entertainment Weekly reports, it’s “not something she ever admitted or discussed.” However, it was common practice for Hollywood actresses be pressured into abortions by the studios. Judy Garland being one.

13 members of the House Committee on Oversight and Reform have requested Attorney General Merrick Garland investigate the hacking of several Christian organizations since Roe v. Wade was overturned. (Most predominately, the hacking of Liberty Counsel and the release of their donor list.)

Garland hasn’t lifted a finger to stop the firebombing of churches and crisis pregnancy centers. Think he’s going to move on hackers? You’ll have better luck reuniting the Beatles.

However, as a matter of full disclosure, I cannot blame hackers for the Brew email not going out on time yesterday. That one’s on me. No, wait! I can blame it on climate change!

Record for Heaviest Pumpkin in US History Broken

Call Linus! Round up the Peanuts Gang! It’s the Great Pumpkin! Or at least the heaviest pumpkin in U.S. history. Last week, at the Great Pumpkin Farm in Clarence, N.Y., grower Scott Andrusz entered a pumpkin that weighed in at 2,554 pounds! That shattered the New York state record and the U.S. record.

It’s still no match for the world record holder, an Italian pumpkin that tipped the scales last year at 2,702 pounds.

Scott’s pumpkin will be displayed at the Great Pumpkin Farm until October 16.

We close today by lifting a cup to country queen Loretta Lynn. Lynn passed away Tuesday at the age of 90. Lynn’s family released a statement saying the music icon died peacefully in her sleep at her ranch in Hurricane Hills, Tennessee.

Sure, we could play “Coal Miner’s Daughter” or “You’re Not Woman Enough to Take My Man,” but instead let’s send Loretta on with a catchy little gospel ditty of hers called “Who Said God is Dead.”

Mark Judge returns with “How the Hollywood Stasi Hypes Conservative ‘Violence’ and Downplays the Left’s ‘Days of Rage.’”

Plus Dr. Michael Brown takes on California’s ghoulish use of the Bible to promote abortion slaughter.

What Biden Should Do, Not Just Say, About Ukraine