The Brew: From Buying Young Voters to a Biden Backfire to the Black Hole That Sounds Like the Pit of Hell 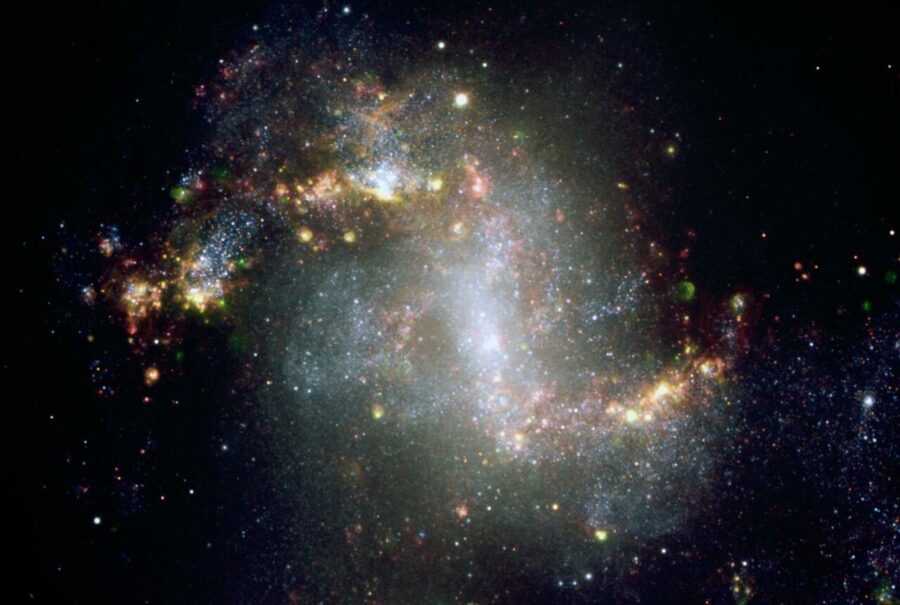 Well, maybe not, if you’ve heard the sounds coming from the far reaches of the universe. That later. First up …

White House “Facilitated” Criminal Investigation of Trump by Waiving Trump’s Privilege … But Will It Backfire?

The White House said they didn’t know anything about the FBI raid on Mar-a-Lago. Let’s hope their pants are made of asbestos. The truth is, they coordinated with DOJ and National Archives to facilitate the criminal investigation of Trump Biden’s political rival. John Solomon broke the story. We wrote about it in “A Prediction Proven True: Biden White House Orchestrated Criminal Investigation Against Trump.”

Rep. Claudia Tenney (R-NY) says Biden unilaterally waiving Trump’s executive privilege may have opened the door for the criminal investigation, but it also opened “pandora’s box” for himself. And for that matter, Obama. She says,

If Presidents are “able to go and waive President presidential privilege, who’s to say that the next Republican president or presidents coming afterwards, couldn’t go in and go after Fast and Furious, go after Hunter Biden’s laptop go after everything that Obama did when he was president to create and to support, or at least not do anything about his justice department, or the Steele dossier.”

You’ve Heard That 74% Think Country is Going in Wrong Direction. You Haven’t Heard the Astonishing Reason Why

74% of Americans in a new NBC News poll believe the country is going in the wrong direction.

You’d think this would be due to inflation, the border, the crime, the never- ending series of Biden disasters and embarrassments, drag queens twerking in front of grade schoolers, and parents being called “domestic terrorists” if they complain about it. But no, according to MSNBC contributor Yamiche Alcindor, it’s Trump’s fault. Really. Democrats, she said, say the country’s on the wrong track because they’re worried about a Trump comeback.

Read her exact words. And try not to spit in hysterics.

I’m sure you’ve heard it in the grocery aisles. “Sure, I can’t fill my tank or find baby formula for my child, but Trump leading in the polls is really showing the country’s going down the toilet.”

Remember the other day that survey that showed younger people are drifting away from liberalism? (And with ridiculous takes like the one above, who can be surprised?) Guess who is resorting to bribery to keep them around? The White House will announce today a program to “forgive” $10,000 in student loan debt for people who earn less than $125,000.

Stream contributor Alex Chediak wrote in May about the possibility of Biden forgiving student debt and three solid reasons it’s a wretched idea. “Why President Biden Hasn’t Cancelled Student Debt but Probably Will.”

Another $3 Billion in Aid to Ukraine?

More dividends for Hunter’s Ukrainian millions. The Biden Administration is set to send another $3 billion in military aid to Ukraine, the Associated Press is reporting. The new hand-out is expected to be announced today. The latest payout is said to help with Ukraine’s medium to long-term military needs.

Paul Pelosi Pleads Guilty to DUI and Causing Injury, Sentenced to Five Days in Jail …. But Won’t Serve Any Time.

It’s good to know people. The husband of Speaker Nancy Pelosi won’t get any jail time for his drunken wreck which seriously injured another driver. Paul Pelosi pleaded guilty to DUI and Causing Injury. The judge gave him five days, but Pelosi won’t be going to the clink. He was credited with two days already in custody from his bust, plus two days “credit.” The other day he’ll spend eight hours on work duty.

Pelosi couldn’t be bothered with appearing in court.

Big Tech for Big Death. Yelp wants to see more dead babies. Starting yesterday, the app/website that purports to connect people with “great local businesses” began attempting to steer pregnant women away from Crisis Pregnancy Centers. Whether faith-based or not, the CPCs pop up with a warning “Crisis Pregnancy Centers typically provide limited medical services and may not have licensed medical professionals onsite.”

As The Blaze reports, Yelp openly admits its goal is to stop pregnant women from utilizing the pro-life centers, fearing they might be “misled” when seeking an abortion.

Then why not say that in plain language. “This is a CPC. It does not provide abortions.”

Then, in the interest of balance, put a notice on abortion centers. “At least one of you will not come out alive.”

Meanwhile, a new poll shows Yelp is out of touch. Nearly 2/3rds of American support public funding for pregnancy clinics, according to a new CRC poll. The Federalist has the details.

No, That’s Not Too Spooky

NASA on Tuesday released audio recorded of sound waves emitting from a super black hole about 250 million light-years away. The clip has gotten 15 million views and counting. You’ll hear why.

NASA has released an audio clip of sound waves rippling out of a supermassive black hole, located 250 million light-years away. The waves include the lowest note in the Universe ever detected by humans. pic.twitter.com/iAmCrzcrIi

Not exactly the sounds of a celestial choir. In fact, if you were creating a soundtrack for a horror movie’s portal to hell, it might sound just like that.

Astronomers say the audio contains the lowest note in the universe ever heard by humans.

Thank you, thank you very much.

And Christians Engaged Founder Bunni Pounds invites you Streamers to the Wake Up! Conference taking place September 23 and 24 in Dallas. John Zmirak will be a panelist, The Stream will have a table and you can get a nice discount! And the lineup is fantastic. I can tell you last year’s premiere event was very powerful. If you’re in the area, please register!