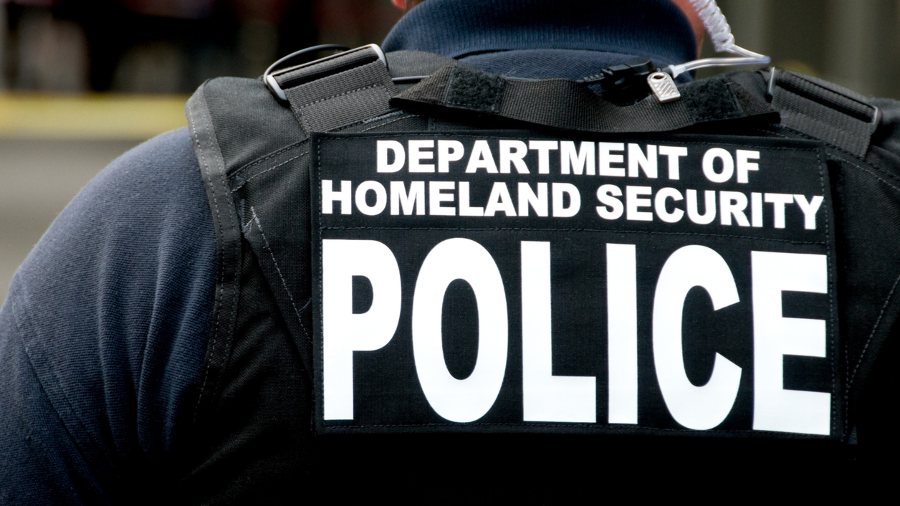 As the Taliban zeroed in on Kabul, Afghanistan, in one of the most distressing examples of American military failure in our lifetimes, it was interesting to find out what the Department of Homeland Security is really concerned about.

It appears they’re worried about you and me.

On Saturday, conservative writer/news editor Jack Posobiec tweeted a screen shot of an NBC graphic that showed the DHS’s list of “Potential Terror Threats” in a “national terrorism alert” in advance of “the 9/11 20th anniversary.” Funny, this list of terror threats didn’t mention the Taliban or any other militant Islamists. Here’s what it listed as tip-offs that someone might pose a terrorist threat:

2. Claims of Election Fraud, Belief Trump Can Be Reinstated

Wait a minute. “Perceived” government restrictions? There have been some very real restrictions on personal behavior, but you’d better not chafe at them, even just a little bit, or the government might “perceive” you as a threat.

Let’s take a look at just the first two of these bullet points. (NOTE: I’m prefacing the following analysis with a strong sarcasm alert.)

First, “opposition to COVID measures.” I assume this would include any such measures that the government chooses to impose or even talks about imposing, including lockdowns, restrictions on the size of gatherings, “vaccine passports,” and face masks.

In Philadelphia, starting September 1, the city government will be requiring unvaccinated employees to wear two masks, a cloth one over a surgical one. I am not kidding. (I guess they should just be glad they aren’t getting fired; must be a contractual thing or you could safely bet they would be.) And new employees will have to show proof of being fully vaccinated as a condition of their employment. I assume that policy applies whether or not they’ve already had COVID.

Here’s the report in the Washington Examiner. The city also announced that all Philadelphia health care workers and all university students, staff, and faculty must be vaccinated by October 15.

If you have a problem with such requirements, you just might be a Potential Terror Threat.

On Friday, flag-waving protesters showed up at the Washington State Capitol building for a protest against Democrat Gov. Jay Inslee’s forced vaccine mandate for local healthcare systems. Similar protests occurred in Kentucky and Tennessee, over both vaccine and mask mandates. “We want to have our own right and have our own decision…to wear a mask or not,” said one woman in Tennessee.

Well, I just don’t know about this lady — she sounds pretty dangerous to me. And they were waving American flags, like those “insurrectionists” at the D.C. Capitol Building, so they must be hotheads. It’s a good thing Homeland Security is monitoring people like this woman who dare to question official mandates instead of just quietly falling into line.

And if you agree with her, you just might be a Potential Terror Threat.

Well, apparently “the MyPillow Guy,” Mike Lindell, is on DHS’s terror watch list. Don’t you feel safer knowing the Department of Homeland Security is keeping their eye on him, and people like him? I wonder if he gets subjected to enhanced security measures at the airport or perhaps is on the no-fly list. Come to think of it, he has his own plane. That might be the only way he can get around.

Recall that we were one of the few news/opinion sites that gave Lindell the time of day; we covered all three days of his conference as objectively as possible and kept an open mind about the evidence he presented. And there is a lot of evidence suggestive of fraud. Though we never for one minute thought that Trump could be reinstalled as President — the Constitution doesn’t provide for that — we know there was fraud.

Heck, there probably has been some amount of fraud in every big election since the Flintstones voted on stone tablets. This time, though, with all the mail-in balloting and rule changes (let alone any problems with the electronic voting), there was a lot. Did it change the outcome? We can’t say for sure, but as observant and thinking human beings we do have our doubts about how it turned out.

As startling as it was to see this graphic, the Homeland Security’s focus on those of its own citizens who dislike unproven and punishing COVID restrictions and have doubts about the 2020 election is not new. In a DHS advisory about Domestic Violent Extremists (DVEs) posted in January — on the heels of the January 6 debacle at the Capitol Building — they singled out “anger over COVID-19 restrictions” and “the 2020 election results” as motivating issues.

Ned Ryun, founder and CEO of American Majority, called this new DHS bulletin “a read-between-the-lines threat” on Tucker Carlson’s Monday show. He saw it as “targeting Americans for ‘wrongthink.’” He observed that “the elite deeply resent us questioning their narrative.” He personally has questions about the obstacles being placed in the way of election audits, for example, and also about the real COVID mortality rates for younger people who don’t have a serious co-morbidity. Should he be considered a potential threat just for asking the questions? When you’re trying to make half the country be defined as domestic terrorists, he said, it “does not end well.” They would understand this, “if they would actually study history, instead of gender studies…”

Uh-oh; he’s probably on the watch list, too. Rest assured that even at a time when Biden’s total debacle of a presidency makes us weaker and more vulnerable to terrorist attacks — real terrorist attacks — the Department of Homeland Security is keeping us safe from the MyPillow Guy and plain-spoken conservatives like Ned Ryun. And you, and me. And about half the country, for one thing or another.