The Brew: Dark Speeches, Sunny Beaches and Why’s an EV Getting Recharged at a Coal Mine? 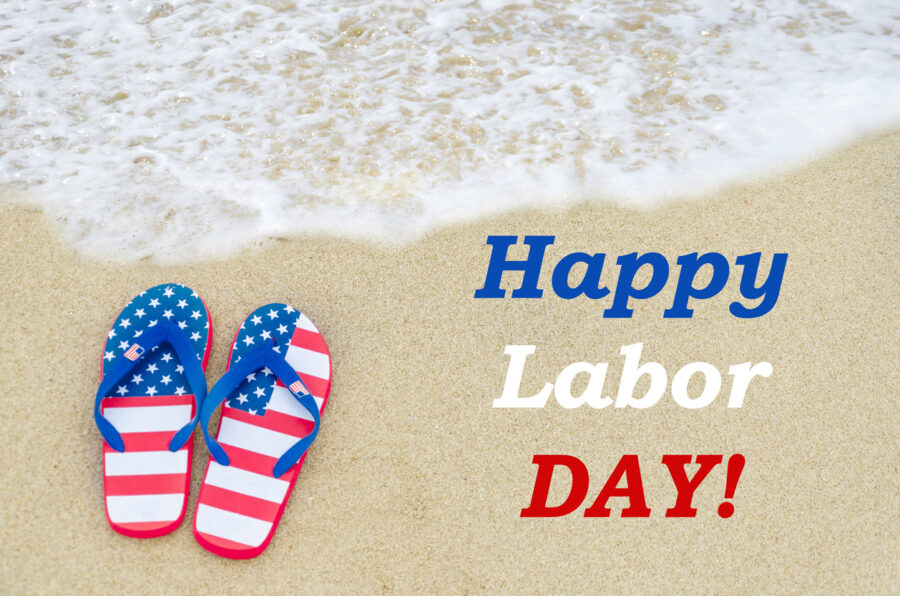 Here’s to those who make the machines run, the planes fly, the trucks roll, all who draw a bead of sweat to keep this country moving.

And here’s to the unofficial end of Summer 2022. You’ve been blistering, but may you end with a big splash!

Still Adjusting to the Biden at the Gates of Hell Speech

Tens of thousands of threats to the Republic gathered in Wilkes-Barre, PA, Saturday night for Donald Trump’s rally. Hundreds of thousands, perhaps millions of dangers to our nation watched from home. Of course, the only real danger was Trump throwing out a hip boogying to “Hold On, I’m Coming.”

The rally was Trump’s first public appearance since Joe Biden’s blood-red, blood-curling demonization of “MAGA Republicans” Thursday night. It’s still hard to grasp. “Did Joe Biden really declare war on half of America? Nah, I was dreaming.” Unfortunately not.

It was an “urgent wartime address,” bellowed MSNBC analyst Eugene Robinson. Others compared Biden favorably to Abe Lincoln on the eve of the Civil War and FDR on the brink of World War II.

Oddly enough, Joe himself seemed to immediately forget what he had said just the night before. On Friday, he got irritated with the idea he had demonized Trump voters. “I don’t consider any Trump supporter to be a threat,” he said.  Now, if he meant it, those words would have been followed with “And I apologize profusely if I gave anyone that impression.” But he did not apologize.

Instead, “I do think anyone who calls for the use of violence and fails to condemn violence when its used, refuse to acknowledge an election has been won … . That is a threat to democracy.”

Of course, Joe doesn’t believe what he is saying, or else he would have condemned the political violence of 2020. Heck or the ongoing political violence against churches and pro-life pregnancy centers, the attempted assassination of Brett Kavanaugh, and the Swatting of Marjorie Taylor-Greene and Steve Bannon. None of which he has lifted a finger to combat.

And if Joe had a dollar for every Democrat who insisted Hillary really won … well, he’d still be a billion bucks behind what the Chinese pumped into the family business. But that’s another story.

Meanwhile, Virginia’s Attorney General revealed last week he is “conducting several investigations into election irregularities and election official misconduct” in the 2020 election. Does that make Attorney General Jason Miyares a threat to the Republic? Just the News has the full story.

If “MAGA Republicans” Are So Dangerous, Why Are Democrats Spending Tens of Millions to Help Elect MAGA Candidates?

Democratic organizations have spent nearly $50 million already during the primary season boosting so-called “MAGA Republican” candidates. Yes, they’re spending cold hard cash on ads trashing squishier, more “centrist”candidates on the theory that MAGA types and “election deniers” will be easier to run against in the fall.

Point One: Liberals are always good for blowing money on something stupid.

Point Two: It’s likely to backfire. Remember, Hillary and the Democrats in 2020 conspired with the media to push Trump, Ted Cruz and Ben Carson, figuring they’d be easier to beat than the likes of Jeb Bush and Chris Christie. Besides, with the country in a shambles, do people care what a candidate thinks about 2020? “I don’t care if you believe Elvis is alive. What are you going to do about inflation, crime and the border?”

Point Three: Biden’s telling us these “MAGA Republicans” are “intent on destroying Democracy.” Domestic terrorists. If that’s true, how is Democrat organizations funding those candidates not aiding and abetting terrorism?  Why take such a dangerous risk with our nation? What if the MAGA terrorists win?

Saturday night’s raucous rally was Trump’s first since the raid on Mar-a-Lago. Or what he now calls a “break-in.”

“It was not just my home that was raided last month — it was the hopes and dreams of every citizen who I have been fighting for since the moment I came down the golden escalator in 2015, wanting to represent the people, wanting to stop the massive corruption in this country,” he said.

Trump revealed that the Biden FBI “even did a deep and ugly search of the room of my 16-year-old son.”

Of course, this is not the first time Biden has been sniffing around a teenager.

As has been widely pointed out on social media, we’re in such a warped, corrupt police state that the FBI has raided the room of Barron Trump, but hasn’t raided the home of Hunter Biden.

How dishonest and shameless is White House Press Secretary Karine Jean-Pierre? If she says “Good morning,” you check your watch to make sure it’s before noon.

The latest? When that new study came out showing that school shutdowns had a devastating impact on the math and reading skills of 9 year olds, Jean-Pierre blamed President Trump for the shutdowns.

Jean-Pierre blames Trump for schools being closed during Covid and says schools re-opening “was the work of Democrats in spite of Republicans” pic.twitter.com/X9kQjlzvHY

Here’s what’s funny about that. And thank you, Daily Caller and Greg Price. On July 6 2020, President Trump was tweeting and declaring that “SCHOOLS MUST OPEN IN THE FALL!”

And the Democrats ran an attack ad.

This is either the most heart-warming story of the day or the most hysterical. You tell me. A tourist was buzzing through West Virginia in their electric car when the battery died.

And who came to the rescue? A group of coal miners whom the AOC Green New Deal people want to throw to the curb.

The five miners pushed the car …. wait for it … to a coal mine to get recharged.

“So here are 5 coal miners pushing a battery car to the coal mine to charge up.” You could even see mounds of coal in the background while the vehicle was charging.”

Stream contributor Mark Judge has been a busy boy this weekend, offering up a critique of Bill Barr, the American optimism of Marvel’s new throwback comic “Fantastic Four: Full Circle” and an intriguing and serious look at the connections between Joe Biden’s speech and the horror movie genre. “The Horror: Joe Biden and His Demons.” That goes up at 9:00 a.m. Eastern.

This weekend’s “Sunny Side of the Stream” from Aliya Kuykendall is a special don’t miss. It’s called “Abduction Averted: Godly Parenting in the Face of Evil Shows What God is Like.”

The Brew: FBI Monkey Business … or Should I Say Monkee Business?