Sunny Side of The Stream: Abduction Averted. Godly Parenting in the Face of Evil Shows What God is Like 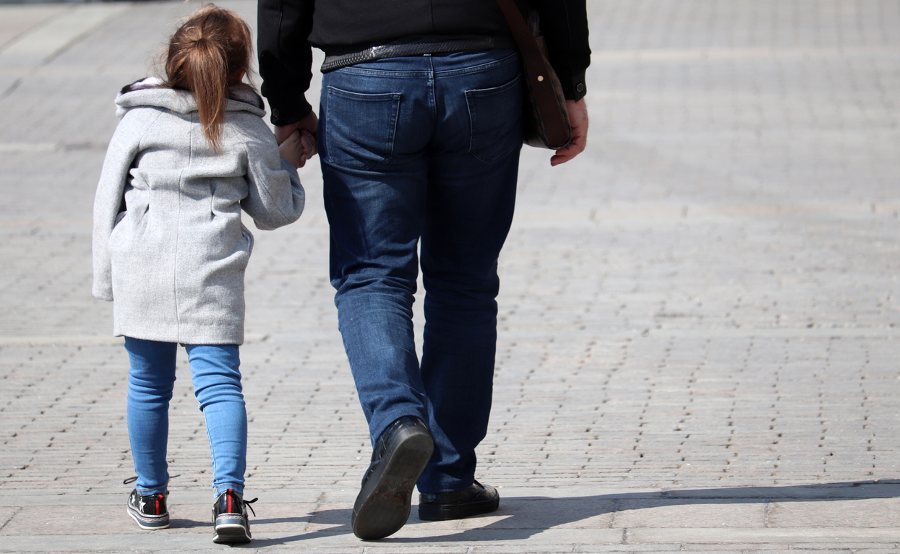 A father protects his daughter.

By Aliya Kuykendall Published on September 3, 2022 •

Call me crazy for highlighting an attempted abduction in this week’s “Sunny Side,” but the godly response against evil gave me encouragement. I cried. This story means so much to me, I’m going to park here for this week. It highlights the protective love of a father and mother for their 6-year-old daughter and her brave response that ended the criminal encounter. It provides an example to learn from. And we can see in this story parallels to how God responds to evil and how we should respond.

She Screamed and He Let Her Go

As seen on a Ring camera video recording, a girl, Ken’Adi, is in her front yard near the trash can. A man walking by on the sidewalk allegedly gropes her and then grabs her by the wrist to drag her off. She screams loudly and gets away, running inside the house to her parents, Ricky and Mandie. The whole encounter lasted less than 10 seconds. Let’s pray Ken’Adi’s heart heals from the trauma of the molestation and attempted abduction and she becomes more secure in her identity as she processes it.

Here are the good parts: For one, Ricky and Mandie had prepared their daughters for this kind of situation, so Ken’Adi knew he was wrong to touch her and she knew to scream and fight to get away.

“I’ve always told her that if somebody ever touches her, talks to her or grabs her, make a scene, scream as loud as she can and fight,” dad Ricky said. “She screamed bloody murder and pulled against him and got away from him.”

Also, both Ricky and Mandie immediately believed their daughter and chased the criminal on foot. Then Ricky got in his car and chased the predator down until police arrested him. The 33-year-old man is now behind bars and charged with 5th degree felony abduction. The crime was recorded on camera, so the trial needn’t be Ken’Adi’s word against the attacker’s. Ricky and Mandie are seeking counseling for Ken’Adi to help her emotionally process what happened. In a situation so wrong, the response was so right, and for that I’m thankful.

What Helped the Situation?

Take note of everything that provided protection for and will continue to bring healing to Ken’Adi: The security camera. Her parents’ instruction about how to respond in such a situation to best protect herself and get away. Her bravery. Her parents’ immediate response to chase the criminal and call police. Police responding and arresting the man. Our criminal justice system locking him up. The availability of counseling services.

God’s hand was in every protective element of the story.

Ricky told a local reporter about his thoughts as he was chasing the criminal: “The only thing that kept running through my mind is that I can’t let him do this to another kid.” Thank God for Ricky’s loving action.

Terrible evil is present in this age. Ken’Adi’s parents remind me of God in His response to evil in two ways.

One, they gave her instruction to protect her. God also gives and wants us to trust His life-giving instruction in His Word. For example, God’s Word says, “Submit yourselves, then, to God. Resist the devil, and he will flee from you.” (James 4:7) Sounds a lot like the advice Ken’Adi received from her parents to resist an attacker. She resisted and he fled!

Two, they didn’t let the injustice go unpunished. They fought for her dignity. They chased down the man who attacked her and made sure he could no longer commit that crime.

Partial justice is the best we’ll get in this age. But in the age to come, Jesus will come back, confront the enemies who are terrorizing His people, His Bride (Zechariah 9, Isaiah 62), and destroy His enemy with the breath of his mouth (2 Thessalonians 2:8). He will punish all evildoers. He will eradicate evil from the earth. He will restore perfect unity between God and people and between people. He’s giving us time now to turn to Him and turn away from sin, i.e. impure, selfish and hurtful thoughts and actions, so that we are saved on the day when He comes back. And He’s giving us time to partner with Him in preparing others for that day.

Just like Ricky would not let the attacker get away, God will not let evil go unpunished. Either our sins are paid for by Jesus through his death on the cross, or we will suffer eternally. But no sin by us or against us will go unpunished. God will respond rightly, just like Ken’Adi’s parents did.

We have a good God who both gives us instruction to protect us and will fight to make a world where no one will cause harm any longer.

“Nothing will hurt or destroy in all my holy mountain, for as the waters fill the sea, so the earth will be filled with people who know the Lord.” (Isaiah 11:9 NLT)