The Brew: Cue Up a New Conspiracy Theory as Third Crypto Boss Dies in Four Weeks 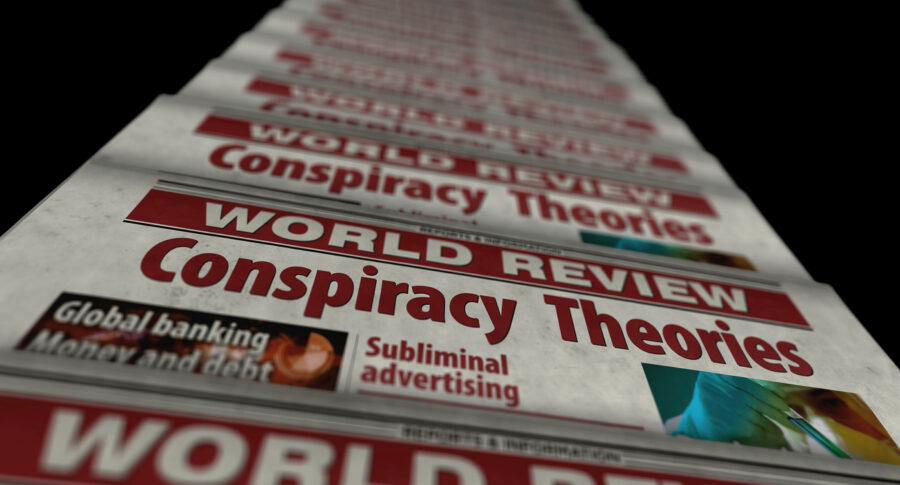 The high-end fashion house Balenciaga is acting as pure as the driven snow when it comes to their horrid ad campaign for their Spring/Summer 2023 line which features very young children holding toy bears in bondage gear.

We have written a full rundown, titled ”#Balenciaga: It is Fashionable to Sexually Exploit Children.”

To give you a taste of just how corrupted by perversion and evil Balenciaga is, despite its claims, The Stream’s Gayle McQueary has created a video montage of works by Balenciaga’s artistic director and stylist … leading to the controversial ads. And she left off the most thoroughly sick, wicked and horrific stuff featured by these creative leaders on their Instagram pages. Far too evil for The Stream to even link to.

Who didn’t know what?

By the way, still waiting for Bella Hadid and Nicole Kidman, two big names starring in Balenciaga’s Spring 2023 line, to condemn the perverse campaign. Also silent, Kylie Jenner and Kloe Kardashian, though their sister Kim Kardashian did release a statement. Kim said she was “shaken” by the images, but is waiting to see how Balenciaga takes responsibility before deciding whether to cut ties.

California: Where Swimmers Hold Their Breath Longer Than the State Holds Pedophiles

A shocking story out of California. It seems the state has a terrible habit of putting pedophiles onto the street after less than a year in jail.

The Daily Mail reports that 7,000 people convicted of committing “lewd or lascivious acts with a child under 14” were released from prison the same year they were convicted. The Daily Caller has more on it here. In fact, the average time spent in prison for these crimes in California is less than three years. You can get three years in prison in California for felony animal abuse.

Seems Twitter owner Elon Musk met up with Apple CEO Tim Cook Wednesday at Apple headquarters. According to a tweet from Musk, the two “resolved the misunderstanding about Twitter being removed from the App Store.” Musk says Cook was “clear that Apple never considered doing so.”

Yeah, once Musk threatened to create his own smart phone if Apple so much as blinked in Twitter’s direction.

Good conversation. Among other things, we resolved the misunderstanding about Twitter potentially being removed from the App Store. Tim was clear that Apple never considered doing so.

Musk also responded to former Twitter head of “trust and safety, Yoel Roth, who declared Musk is endangering the safety of users. Tweeted Musk, “The obvious reality, as long-time users know, is that Twitter has failed in trust & safety for a very long time and has interfered in elections.” He promised that “Twitter 2.0 will be far more effective, transparent and even-handed.”

Head honchos of crypto firms are dying like drummers in Spinal Tap. A third young executive has now perished in curious circumstances in recent weeks. Forex Club founder Vyacheslav Taran died in a helicopter crash last week in Switzerland. Initial reports said the weather was clear. They also said someone who was supposed to be aboard the chopper canceled at the last minute. Oh, and authorities could not yet rule out a “third party” involvement in the crash. The Times of London put it bluntly in its headline “Sabotage fears after Russian billionaire dies in helicopter crash.” (Story is behind a paywall.)

Last week, Tiantin Kullander, co-founder of Amber Group, died “in his sleep.” He was just 30 years old. No cause of death has been given. We can rule out old age.

On October 29, Nikolai Mushegian, 29, drowned at a beach in Puerto Rico. Shortly after tweeting his fear of being framed then killed by the CIA and Mossad and the “pedo elite.” His family says he had a history of mental illness and had been deteriorating.

Perhaps. Perhaps the three deaths in less than a month of three young entrepreneurs in the same business, coming on top of the FTX collapse, is just coincidence. A very bad month for the crypto world. But has anything that has happened since 2020 given you the confidence to believe it’s just a coincidence?

Meanwhile we pray for the families and colleagues of the lost.

How Are Biden’s Token Hires Doing?

The recent arrest of “gender fluid” DOE honcho Sam Brinton for stealing a lady’s luggage (and lying to police about it), got us thinking again about Joe Biden’s hiring record. Biden did not appoint people based on competency. He hired tokens. People to check off assorted boxes. People who he could tout as breaking this barrier or that. (As opposed to qualified people who just happen to be of a particular race or sexual orientation.)

How’s that going for him … and the nation?

Singer-songwriter-keyboardist Christine McVie of Fleetwood Mac passed away Wednesday after a short illness. Bandmate Stevie Nicks might have had more glamor and glitz and drama and lace, but the woman Nicks called her “best friend,” was an enormous talent and her impact on Fleetwood Mac and place in pop music cannot be overstated.

China-born Chenyuan Snider, who took part locally in the protests that culminated in Tiananmen Square, offers a powerful summary of the current China protests, called “Out of Emptiness and Quietness Comes the Loudest Roaring Thunder.”