China Protests: Out of Emptiness and Quietness Comes the Loudest Roaring Thunder 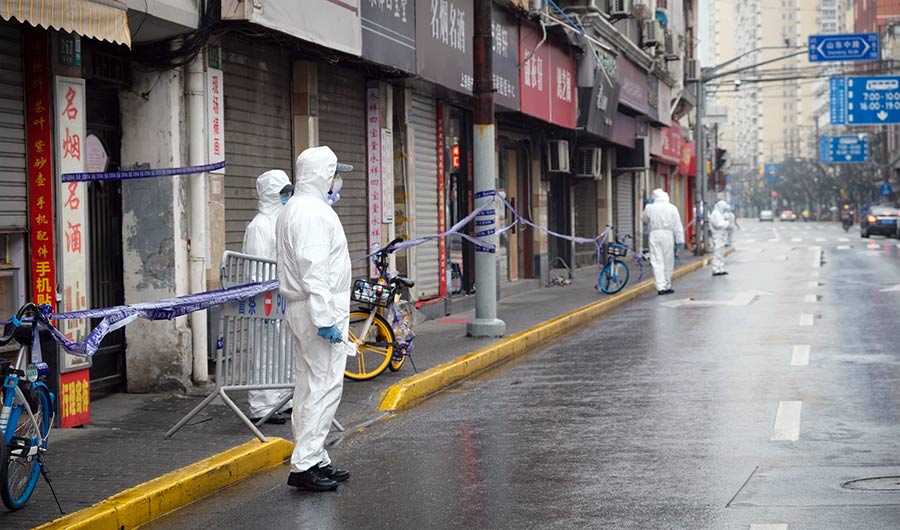 In the past few days, waves of protests denouncing Xi’s “Zero Covid” lockdowns have spread throughout China. This movement is developing fast with great strength and momentum. The number of participants in numerous places ranges from thousands to tens of thousands. Here is a condensed — and admittedly overly simplified — timeline of events leading to the current mass movement.

Over a month ago, a Chinese named Peng Zaizhou put up two giant horizontal banners on the Si Tong bridge in Beijing. It received little reaction, but the video instantly went viral on social media before being taken down. Mr. Peng, who was arrested immediately, probably had never imagined that a month later tens of thousands of Chinese would recite the terse slogans on his banners. “No covid tests, but food. No lockdowns, but freedom. No deception, but dignity. No Cultural Revolution, but reform. No dictators, but ballots. No slaves, but citizens.” They are well-organized thoughts with clever puns and clear rhymes which of course are lost in translation here.

Xi’s “Zero-Covid” policy had produced numerous tragedies among which the Guizhou bus accident and the inhumane condition in Foxconn Group were well known. But lacking a representative power, they did not lead to a wide spread resistance.

On Nov. 24, a 21-story residential building in Wulumuqi (=Urumqi), the capital of Xinjiang province, caught on fire. Fire brigades arrived six minutes after the fire started, but the fire lasted for three hours. People inside the building could not get out because each apartment door had been fastened by metal wires by local officials, and the rescue effort could not reach the ones inside for there had been barricades built to prevent people from leaving the building. Many perished in the fire. Their haunting and hopeless cries before being burnt to death recorded in videos stirred up vehement reactions among viewers.

The local government first denied that anyone had died in the fire and urged people not to spread the rumor. Later, when truth came out, officials shamelessly and mercilessly claimed that those who had died were responsible for their own deaths. According to the government’s false claim, escape routes were available but the residents, facing the unexpected emergency, abandoned their survival instincts and failed to leave the building. The government also maintained that there were only 11 deaths. No one believed that number, but it has been quoted many times by the gullible foreign press.

But the Wulumuqi fire had awakened the whole nation and forced the Chinese to face the sobering reality. They’ve come to the conclusion that as long as the CCP holds on to power, “zero covid” lockdowns will continue indefinitely according to Xi’s wishes. Thus, tragedies caused by the extreme policy are bound to be repeated again and again. Suddenly, they realized that they were no longer just onlookers, but potential victims.

A Demonstration in Wuhan

The movement began to spread throughout China. By Monday, Nov. 28, it had involved 18 major cities and 79 colleges. So far, the largest demonstration occurred in Wuhan where citizens declared, “Since the epidemic originated in Wuhan, it must also end here!” The demonstrations quickly developed from ending the lockdown to demanding political reform, including removal of President Xi. Shouts of “Down with the party” and “Down with Xi Jinping” could be heard continuously. There has been increased police presence and many were arrested, but people are not backing down and more are joining the movement.

The most prominent feature of this movement is sheets of letter sized white papers held above protesters’ heads.  There are many interpretations of this phenomenon. I think the blank papers symbolize the struggle of the Chinese, tangibly displaying their deeply felt sadness and despair. No words are sufficient enough to express the grief and despondency each heart feels, and hence, the papers remain blank. It could also imply that the injustice is so conspicuous that it does not need words to describe it. They know what we would have written on them.

The blank papers accentuate the fact that the victim and the predator both have a tacit understanding of the situation, and thereby, no communication is needed. Further, it could also testify that in an authoritarian society, no expression is allowed except that which the government permits.

Many college students also write the physicist Alexander Friedmann’s famous equation on the papers they hold. There is speculation on the rationale and significance of this formula in the protests. The best explanation I’ve heard is that for the Chinese ears, Friedmann sounds like “Free the men.” Consequently, the underlying message of the Friedmann equation is the desire to live as free men. It’s to express an idea using a disguised way, analogous to our altering “sensitive” words to avoid censorship on social media here in the U.S.

Many suggest that this movement is reminiscent of Tiananmen Square in 1989.  As a participant in that movement locally, I think the resemblance remains in appearance only, but they differ substantially.

The Tiananmen Square movement attempted to start a democratic society in China. Most students then had only a vague idea what exactly democracy was and how that was going to work in China. But we, full of hope and expectation, felt we were participating in a lofty endeavor to advance our country.  However, after June 4, the movement died down quickly.

In contrast, 33 years later, today’s Chinese are not fighting for ideology but survival. Xi’s extreme policy has done so much damage that it has threatened the existence of the Chinese people. Naturally, a person is more willing to die for survival than for an idea. Consequently, today’s Chinese are dauntless. If they must die, they will die while putting up a good fight.

The Government Doubles Down

How will Xi deal with the movement?  First, it’s doubtful that he will tolerate the challenge to his “Zero Covid” policy and will view it as a threat to communist ideology and authority.  He will not give in to the protesters’ demands. A few days ago, a government spokesperson doubled down, emphasizing the importance of Xi’s “Zero Covid” policy. Xinhua Daily, the government press, also published three articles on Nov. 28 restating the gravity of the “Zero-Covid” policy without mentioning anything about the protests.

In addition, I think they will employ routinely used Marxist strategy, acting deceptively. Some have already voiced a warning that the CCP would likely send in plain clothes police among the protesters to pretend to be part of them. The protesters were asked to pay attention when these plain clothes police begin to damage property in order to hand the government an excuse to crack down on the movement.

The CCP’s Deception and Cruelty

Second, never underestimate CCP’s cruelty. I have zero illusions about any Marxist regime because I know that for them humans are just bugs with no value. They can at any moment step on us without a hint of scruple. However, today’s China differs fundamentally from the conditions in 1989. As Wang Dan, one of the Tiananmen Square Movement leaders, said on social media here, “June 4th can only happen once. If Xi dares to use force, it will lead to his own down fall.”

I think should the Chinese government repeat June 4th, they would soon find out that it’s one thing to subdue young people fighting for an ideology for which they do not have a thorough grasp. It is quite another thing trying to suppress the ones who are willing to die.

A Much Bigger Fire

After Xi’s reappointment in the 20th National Congress of the CCP in October this year, many lost hope, anticipating a darker and sorrowful China. During the brief appearance of Peng Zaizhou’s banners on the Si Tong bridge, no one believed that one month later China would change from a sleeping giant who did not display any sign of awakening to a nation that courageously stands up, fighting for its survival.  No one had known that the Wulumuqi fire would ignite a much bigger fire that set the whole country ablaze.

I’m reminded of a famous line in a poem penned by the celebrated Chinese literary giant, Lu Xun, “out of emptiness and quietness comes the loudest roaring of thunder.”

China and Hollywood: A Doomed Relationship?

Fighting ‘China’ Smart II: ‘Is China About to Collapse?’