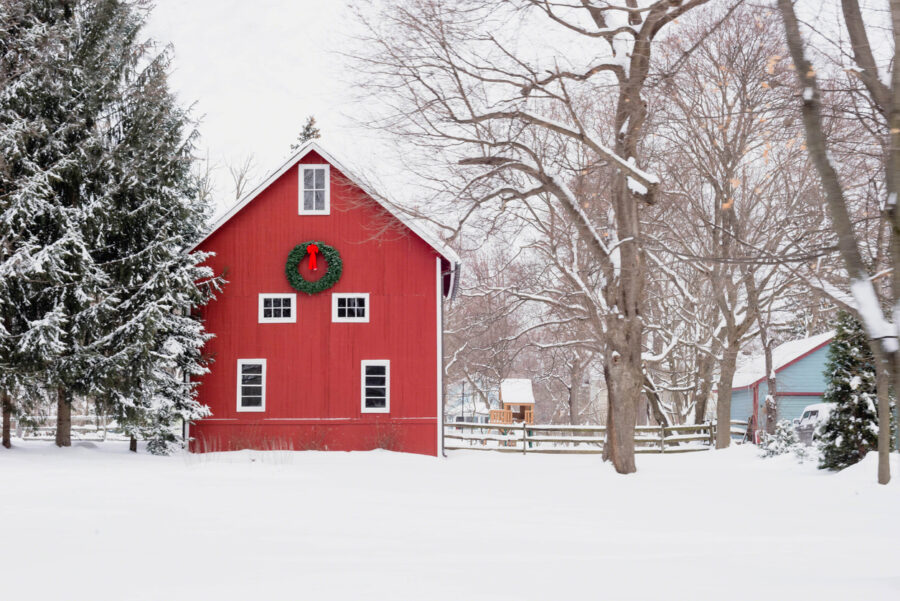 Last week we reported how the Endicott Branch of the Dedham Public Library was not going to have a Christmas tree. The excuse was that the tree made some people “uncomfortable” last year. Well, the community rallied in defense of the Christmas tree … and the library now says the tree is going up!

Denham residents Marianne Martin and Jason Brogan helped rally the Christmas spirit. They told Jesse Waters on Monday that the fight for the tree actually brought the community together.

“I have never seen our town come together more than this debacle. For the longest time there was a group of people in Dedham saying that we were divided, and it was ‘us vs. them,’” Martin said.

Added Brogan, “I think it’s going to motivate people to stand up for what they believe in. And, I think in the long run [this] will most likely bring a lot of folks in town together.”

You’d think with the arrest of high-profile DOE official Sam Brinton the White House would be a bit careful of who it invites to public events. But no.

Among those invited to yesterday’s signing of the “Respect for Marriage Act” was Brita Filter and Marti B. Cummings. Filter has done a drag show for high schoolers … in a church. Marti B. Cummings is a non-binary drag queen quoted as saying “The kids are out to sing and (perform oral sex)!” and “Anyone who thinks drag isn’t for children is wrong.” To which Katie Pavlich asked on Twitter “Why is the @WhiteHouse @POTUS endorsing pedophilia?”

Considering Hunter Biden’s laptop and Ashley Biden’s diary, is it that great a mystery, Katie?

Meanwhile, The Blaze tweeted out this news:

Good news for those of you eager to tweet: “The White House is for Groomers.”

The once-venerated Cambridge Dictionary has decided to ignore biology and the entirety of human history to redefine “woman” and “man.” (But at least the editors have increased their likelihood of getting invited to the White House.)

Cambridge now defines “woman” as “an adult who lives and identifies as female though they may have been said to have a different sex at birth.”

“Man” is now defined as “an adult who lives and identifies as male though they may have been said to have a different sex at birth.”

And “dictionary” is now defined as “object best used as a doorstop.”

For Your Least Surprising Headline of the Year: ‘Woman Reportedly Left Concussed as Biological Male Body Slams Her During Hockey Tournament’

The NHL has taken a few too many pucks to the noggin. Last month the league tweeted, “Trans women are women. Trans men are men. Nonbinary identity is real.” It also sponsored the “All-Trans Draft Tournament” in Wisconsin featuring roughly 80 “transgender and non-binary players.”

Oddly enough, beyond the NHL giving itself a post-tourney pat on the back, you didn’t see any reporting on what actually happened. Now we know why. Jonathan Kay reports in Quillette that not only were the physical advantages of the biological males overwhelmingly obvious, a female player was laid out on the ice 17 minutes in with a concussion after being slammed head-first into the boards by a dude identifying as a woman.

Liberals and pundits who loudly — and in the case of MSNBC misogynistically — celebrated the apparent defeat of Rep. Lauren Boebert Election Night are scarfing crow today. An official recount shows the Republican firebrand has won re-election, if only by 546 votes. Her opponent Adam Frisch conceded last month, but the thin margin forced a recount. And you know how often votes for Democrats magically appear the longer an election lingers on. “Oh, look! We just got 5,000 votes from military men stationed in Brigadoon!”

Ambitious influencer Georgina Havoc and her designer beau Lance Broussard have been dubbed the next Chip and Joanna Gaines, but their happily-ever-after falls apart when Lance blindsides her with a “pause.” The show must go on, so Georgina takes on the task of renovating a forgotten cottage in the tiny, tight-knit town of Tarragon, Tennessee on her own.

Then Georgina’s twin sister shows up and a “rugged ex-sniper” get involved, and well … . You’ve got yourself a perfect cozy-up-with-a -hot-cocoa-under-a-blanket winter’s read.

Pretty Little Pieces could be a great gift for the HGTV-loving book readers on your shopping list.

John Zmirak makes the case that Michelle Obama is our Winnie Mandela.

Does the Bible Limit Gender to Just Male and Female?