The Brew: Can You Imagine Biden on a Bus? 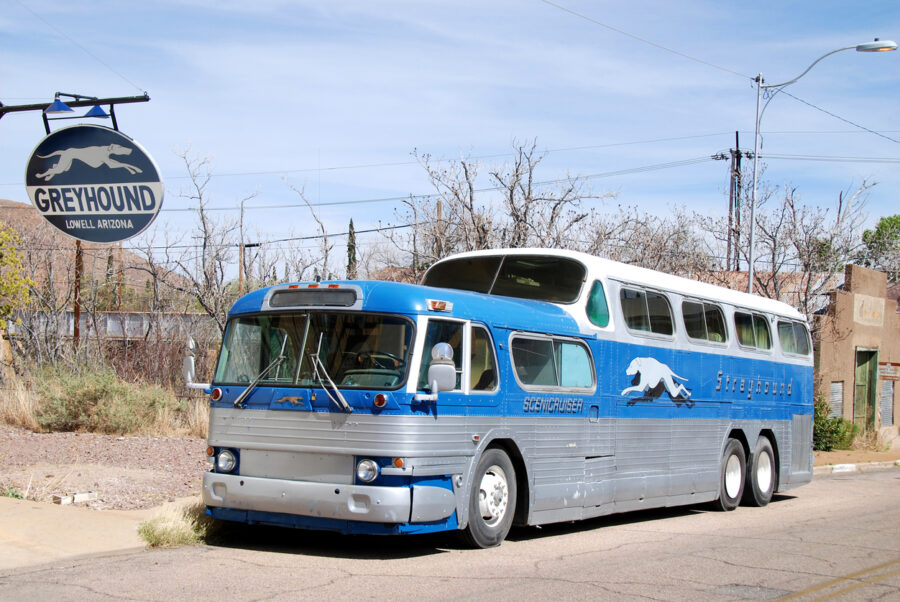 Al Perrotta is on vacation. Though when he reads this he might cut it short … .

The Western Journal reports “complications” in Joe “President” Biden’s plans to visit the funeral of the beloved Queen Elizabeth II:

As the preparations for Queen Elizabeth II’s funeral are in motion, foreign leaders coming from abroad will be required to travel by bus to the funeral at Westminster Abbey in London.

Instead [of limousines and helicopters] world leaders will be bussed “en masse” from West London to Westminster Abbey on Sept. 19, the day of the funeral, Politico added.

Private cars are not possible for transportation “because of tight security and road restrictions.”

With this news, one foreign ambassador based in London complained about Biden having to be transported this way.

“Can you imagine Joe Biden on the bus?” the ambassador said in a WhatsApp message on Sunday, Politico reported.

The answer to that is obviously, yes. Biden seems like any other addled dementia victim who might step off a Greyhound, and start shaking hands with invisible people and muttering about ice cream, till he’s taken to the police station where Social Services can locate his ‘people’ and investigate them for elder abuse.

But then, Chicago Mayor Lori Lightfoot looks like a homeless crackhead who’d ask you “Scuse me, scuse, me? I have a question … . Gimme twenty dollars! That’s my question!”

And Pennsylvania Senate candidate John Fetterman, loping around half-coherent in a hoodie at all times, looks like Uncle Fester — if The Addams Family had been a genuine horror story, not a comedy. And what’s with the second head he’s apparently growing from the back of his skull? Does anybody else here remember the 1989 Richard Grant comedy where that happens, How to Get Ahead in Advertising?

At least in that film the second head (which displaces the first) is a Thatcherite conservative. No such hope for Fetterman, who seems likely to beat RINO party nominee Mehmet Oz — a recent out and proud supporter of same-sex “marriage.” (Remember when Obama wouldn’t even back that? Is today’s GOP to the left of him?) However, given Fetterman’s fragile health, we might well hope that a newly elected Gov. Doug Mastriano will get to appoint his Senate replacement sooner rather than later.

And of course “Rachel” Levine in his admiral’s uniform looks like the world’s loneliest meter maid.

Given Biden’s reported past episode of too-loud-for-even-Brits-to-ignore explosive flatulence among the royals, it’s likely that office betting pools are forming to predict his funeral gaffe. It’s doubtful that anything could top the moment in 1992 when President George H.W. Bush vomited right on the Japanese Prime Minister during a formal dinner. As AllThatsInteresting.com reports. “Thanks to the incident, the Japanese instantly had a new saying: bushusuru. It literally means ‘to do a Bush.’ … Bushusuru has come to denote vomiting in a very public place.”

I remember hearing that for years, Japanese were training spider monkeys to mimic Bush vomiting, and dressing them in his suit. It’s amazing what losing a war will do to a country.

Elizabeth, I’m Coming to Join You!

Given how joyless, angry, and downright mean Biden has seemed in recent months, he seems like he’s good and sick of being president of a country, half of whose citizens he thinks are “semi-fascist” extremists. So don’t put it past Sleepy Joe when he passes Her Majesty’s open coffin to get a wild hair and jump in with her, then close the lid. He might yell what Red Foxx used to during his fake heart attacks on Sanford And Son: “Elizabeth, I’m coming to join you!”

Secret Service should stay alert. No commoner has been interred with a British Royal since Richard III fell at Bosworth Field among his soldiers, and a parking lot was built over them.

No Public Records for You!

Speaking of Biden, you know the “apolitical” Office of National Archives that cooperated with him in cooking up the FBI’s Mar-a-Lago raid? Well, it’s also covering up Joe’s meetings with his reputedly corrupt federal contractor brother James, and trainwreck son Hunter. Jim Hoft reports at Gateway Pundit:

All communications by Vice-President Biden with his son Hunter and his brother James;

Official government travel by Hunter and James and their visits to the White House;

The National Archives denied AFL’s request for prompt processing on the pretext that the public does not urgently need them, and, incredibly, on the grounds that there is no widespread and exceptional media interest in these matters.

James Biden got $1.5 billion in federal contracts to rebuild war-torn Iraq, after a pointless war Biden vigorously supported. Does it look rebuilt to you?

No, things aren’t quite what they seem. And they aren’t meant to be.

Remember the “ethical,” “safe” and “effective” COVID vaccine that the government was firing soldiers for refusing to take, and canceling people for questioning? Some of us wouldn’t take it for any reason because it relied on organs stolen from aborted babies. Others distrusted the science, which was rushed and exempted from testing. It looks like we made the right call, according to prominent cardiologist Dr. Peter McCullough. (Full disclosure: After reading about him, I sought him out and now he’s my cardiologist. And he’s terrific.) Watch McCullough — besieged by Big Pharma allies trying to destroy him — expose the latest in vaccine blowback on Frank TV: Most COVID deaths today are coming from among the ranks of the already vaccinated.

Meanwhile, my newspaper of record, The Epoch Times reports,

A recent study claims to have found ‘irrefutable proof of causality’ that the mRNA vaccines cause vascular and organ damage.

Here is a summary of the findings:

“This study, by the type of dyes they use, shows irrefutable proof that the spike protein goes everywhere — heart, ovary, liver, spleen — and to a lesser extent, testes.” Dr. Sherri Tenpenny, an expert in vaccine damage, told The Epoch Times.

And let’s not forget:

The Epoch Times recently reported that several embalmers across the country have been observing many large, and sometimes very long, “fibrous” and rubbery clots inside the corpses they treat, and are speaking out about their findings. Some doctors believe them to be connected to the vaccines.

By way of not cursing the dark, but lighting a candle, here’s Senior Editor Tom Gilson offering pastors and others a thoughtful, productive way to question and counter the cultural programming young people received from the LGBTQMYNAMEISLEGION movement.

Florida Governor (and possible presidential candidate) Ron DeSantis is speaking our language, defending parental rights and rejecting the efforts of “groomers” to sexualize them in school.

And no, the Religious Right wasn’t founded as a front for segregationists, whatever the prophets of White Guilt might be telling you.