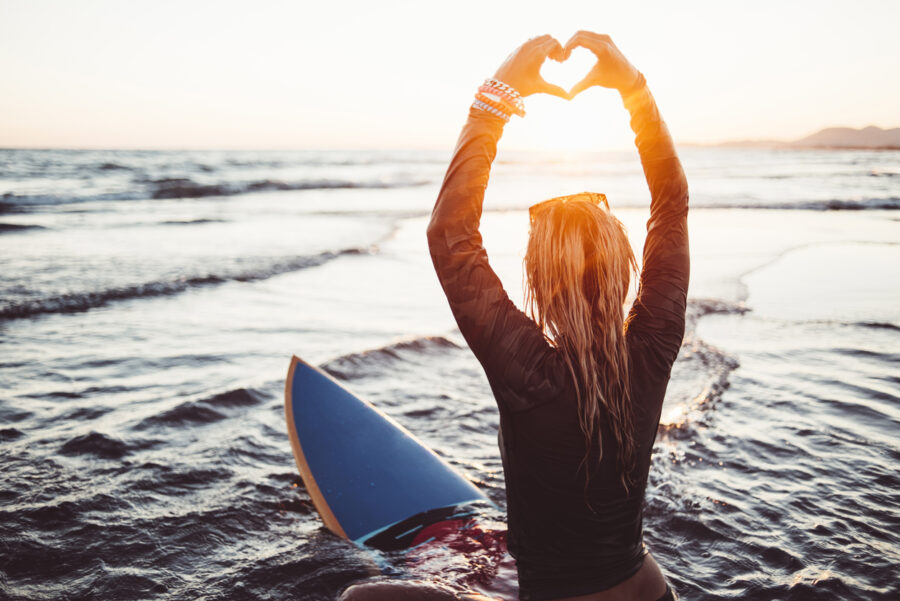 Well, hard to ignore them this morning.

Will Smith Makes for a Rock-em-Sock-em Awards Show

Best Drama went to Will Smith. Smith got up out of his seat and smacked — actually smacked — comedian and presenter Chris Rock for making a joke about his wife, Jada Pinkett Smith. Rock jested he can’t wait to see Jada in G.I Jane 2, a reference to her bald head. Seems harmless enough, until you realize Pinkett-Smith suffers from alopecia, an auto-immune condition that causes rapid hair loss.

Smith — long considered one of Hollywood’s nice guys — lost it. After smacking Rock, he continued cursing the comedian, demonstrating this was no act.

Then, because real life is better than most anything Hollywood is scripting these days, Smith would later win his first Oscar for Best Actor for King Richard. He tearfully apologized for his actions, and managed to joke that, like the man he portrayed, Richard Williams. “Art imitates life. I look like the crazy father.”

Added Smith:  “Love will make you do crazy things.”

"Love will make you do crazy things."

Will Smith offers a tearful apology after hitting Chris Rock on stage for making a joke about Jada Pinkett Smith. #Oscars pic.twitter.com/ylDSgOAbFW

Several stars, including Bradley Cooper, Tyler Perry and Denzel Washington came up to comfort Smith after his outburst.

Sean “Puffy” Combs, who came on right after the incident, spoke to both men, the New York Post is reporting, with Smith and Rock “agreed to make amends” last night. Rock’s not pressing charges, and even joked “That was the greatest night in the history of television.”

But we leave the last word to Denzel Washington. According to Smith, Denzel told him, “At your highest moment, be careful, because that’s when the devil comes for you.”

“For God’s Sake, This Man Cannot Remain in Power!”

Every time you hear Joe Biden speak, a senior aide gets a migraine. Throughout his trip to Eastern Europe, Joe made statements that either:

On Saturday, he blurted — off-script — “For God’s sake, this man [Putin] cannot remain in power!”

Regime change. The overthrow of Putin. And for weeks, we were told this was all about protecting the sovereignty of Ukraine. “Democracy.”

On Friday, Biden seemed to tell members of the 82nd Airborne they were going to be deployed to Ukraine.  “When you are there you will see…”

In both instances, the White House immediately jumped in to play clean-up. It even denied that he’d spoken those words. We have the full story here in “For God’s Sake, This Man Cannot Remain in Power.”

Before You Go Overthrowing Putin, Take Care of Business at Home: NBC Poll

When asked in a new NBC Poll whether they’d prefer Biden ending the war in Ukraine or focus more on our economy and inflation, 68% favored the economy.

If Biden was hoping for a popularity bounce because of the war, forget it. Biden has actually dropped another three points since January in the NBC Poll to 40%. That’s the lowest it’s ever been.

In his first interview since leaving the green fields of Fox News for the CNN wasteland, Chris Wallace explained his reasoning. Wallace told the New York Times that work at Fox News became “unsustainable.” “I just no longer felt comfortable with the programming at Fox.”

Specifically, he cited programming that questioned the 2020 Election. (Which overall Fox News hasn’t really pursued.) And programming that challenges the official telling of January 6. (Which basically comes down to Tucker Carlson’s documentary on J6, and his highlighting the stories of the political prisoners having their rights persistently violated.)

“I just no longer felt comfortable with the programming at Fox,” said Wallace, “But when people start to question the truth — Who won the 2020 election? Was Jan. 6 an insurrection? — I found that unsustainable.”

So rather than examine the evidence of election fraud or refuse to accept Pelosi’s version of J6, Wallace’s response was to jump to the network that never accepted the 2016 election and spent three years selling the Trump Russia Collusion Hoax 24/7?

That sure makes a lot of sense.

PRO TIP: It’s perfectly acceptable to question the results of the last election. The most deranged conspiracy theorist in America today is the pundit who tells you everything was fine and you should shut up.

We can argue about the degree. We’ll probably never really know though.

Now Twitter’s nervous. Elon Musk isn’t just ripping Twitter for its Stalinesque censorship. He may put his money where our mouths are. Musk announced on Sunday he’s “giving serious thought” to creating his own social media service to counter Twitter.

On Friday, he asked his Twitter followers “Do you believe Twitter rigorously adheres” to the principles of free speech. After the poll offered a resounding “No,” Musk asked the follow-up: “Given that Twitter serves as the de facto public town square, failing to adhere to free speech principles fundamentally undermines democracy. What should be done?” And “Is a new platform needed?”

When asked if he’s going to build such a platform, he responded: “Am giving serious thought to this.”

Am giving serious thought to this

You can see the commercial. “I’m not really a female, but I play one on TV.”

Lia Thomas, a swimmer from the University of Pennsylvania, will compete to become the first Division 1 openly transgender athlete to be crowned a national champion. @ReporterBlayne reports. pic.twitter.com/LahSBHZj4w

And a view of the original.

The photojournalist who took the original shots is “surprised” and “disappointed” with the airbrushing. At first, Erica Denhoff thought “something happened to the video.”  But after examining closely, Denhoff realized NBC had softened Thomas’ features.  “It’s really important as photojournalists that we transmit authentic photos that have not been altered,” she told the Washington Examiner.

But that raises the question. If being a “woman” has nothing to do with femininity and physiology, then doesn’t making someone look more feminine by artificially changing his physiology defeat your whole argument?

Surf’s up! Mark Judge starts our week down at the beach, with a reflective “No Fear: Surfing, God, and America’s Playground.”

The Brew: On This President’s Day, A Tale of Two Champions … Well, One True Champion