Biden calls for regime change in Russia. White House denies he said what he said. That's his fourth major dust-up on his trip. 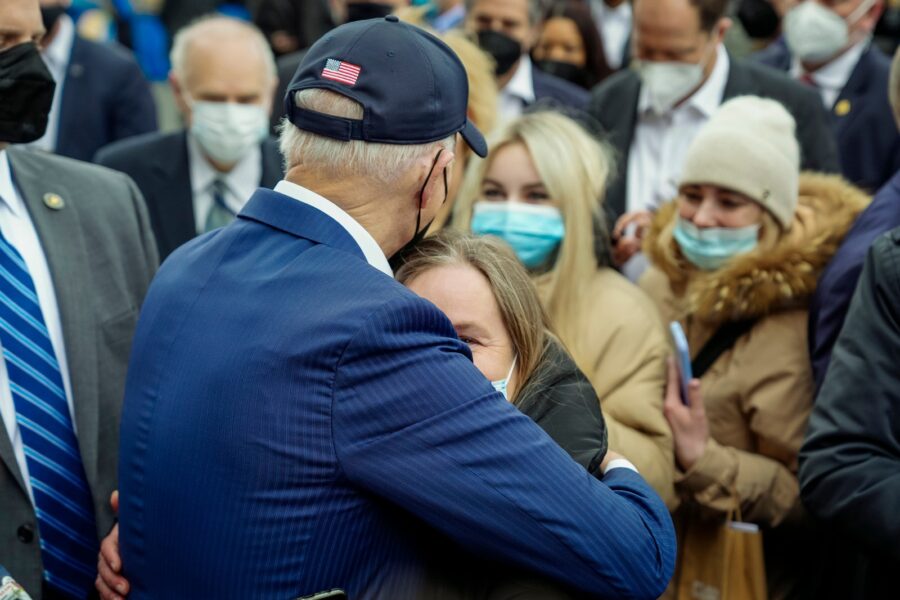 Good news! The President aced it this weekend.

The Bad News: It was Donald Trump who reportedly hit a hole-in-one while golfing Saturday in Georgia. Certainly not Joe Biden in Europe. He shanked it four times, with potentially disastrous consequences.

If you listened to Joe Biden in recent days, Vladimir Putin must be removed from power, U.S. troops are heading into Ukraine, if Putin uses chemical weapons we will do the same. Oh, and by the way, sanctions were never meant to deter Putin from doing anything.

The first three statements had to be immediately, frantically, desperately walked back by the White House. The fourth contradicted the specific messaging of the Vice President, Secretary of State, National Security Advisor and White House press secretary.

No wonder Jen Psaki called in sick and didn’t make the trip.

During his speech in Poland Saturday, Biden was getting all worked up as he roared about freedom and democracy, ripping into Vladimir Putin. He was feeling it, man. His historic moment was there for the taking. Like Kennedy in Berlin. Reagan at the Berlin Wall. Biden went for the big finish. “For God’s sake! This man cannot remain in power!”

What? The President of the United States had just called for regime change in Russia. The overthrow of Putin. He had confirmed what Putin had been saying and fearing. The war stakes aren’t the integrity of the Ukraine Border or “democracy.” It’s all about ousting Putin.

The White House scrambled to contain the damage, trying to tell the world Biden had not said what he clearly had said.

On Sunday, Secretary of State Tony Blinken said U.S. is not seeking regime change. He spun that Biden’s point was “Putin cannot be empowered to wage war or engage in aggression against Ukraine or anyone else.” That’s not what Biden said. You know it, I know it. Most importantly, Putin knows it.

Putin knows it because Biden’s three other statements that contradicted White House messaging all point in that same direction.

The White House again denied Biden had said what he said. The president “has been clear we are not sending U.S. troops to Ukraine and there’s been no change in that position.”

The White House again denied Biden had said what he said. Oh, no. The U.S. will not use chemical weapons, but will “respond accordingly” and Putin will pay a “severe price.”

But it wasn’t the poor reporter who had been saying otherwise. It was Kamala Harris, Blinken, National Security Advisor Jake Sullivan and Press Secretary Jen Psaki. All spoke specifically about sanctions acting as a deterrent.

Biden admits the sanctions are going to hurt Americans. That we’re looking at food shortages. And the point is to squeeze Putin. “Increasing the pain.” Crush him over the course of time. Again, nothing to do with stopping the carnage today in Ukraine. Everything to do with kicking Putin out of the Kremlin. Whatever hell that means to Americans in the meantime.

Should We Be Surprised?

Should we be surprised? Wasn’t the ultimate goal telegraphed by former CIA Director John Brennan in 2020?

Imagine prospects for world peace, prosperity, & security if Joe Biden were President of the United States & Alexei Navalny the President of Russia. We’ll soon be halfway there.

“Imagine all the people
Living life in peace
You, you may say I'm a dreamer
But I'm not the only one” https://t.co/oHV7P3fYTY

John Brennan who used the CIA to help sabotage the presidency of Donald Trump, and led the false charge to proclaim Hunter’s laptop likely “Russian misinformation.”

Putin knows Brennan and friends were involved in the sabotage and overthrow of Trump. Putin knows he’s next on their list.

(PS. Hey, Brennan. That Lennon guy you quote also sang about “Revolution.” “But if you’re talking about destruction. Don’t you know that you can count me out.”)

But That Doesn’t Excuse …

The United States simply cannot have a commander-in-chief who is either:

1. So laden with dementia he cannot keep his mouth shut and will blurt out whatever comes to mind, regardless of whether it violates the administration’s publicly stated policy. Whether his words increase dramatically the chances of blundering the nation into a catastrophic war.

2. So weak and laden with dementia he’s not really running anything and it doesn’t matter what he says because the policies and decisions are being made by unelected persons unknown. And our enemies and friends have no idea what America’s true position is.

Either way, Biden’s trip to Eastern Europe proved one thing:

For God’s sake, and the world’s sake, this man cannot remain in power.