Meanwhile, an angel was spotted singing in a Kyiv bomb shelter 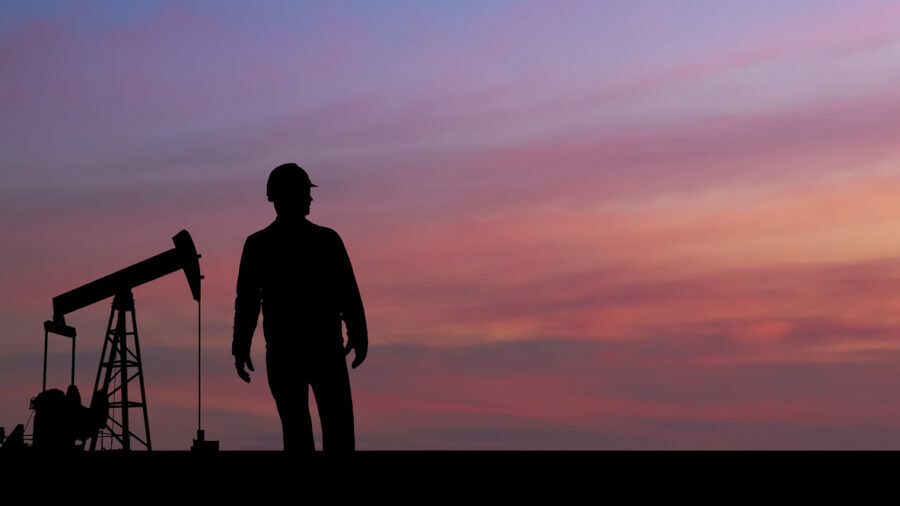 It’s International Women’s Day. A global day celebrating the social, economic, cultural, and political achievements of women. Are we allowed to do that without being called names? (Asking for Adele. A few weeks ago she was dubbed “transphobic” and a “trans-exclusionary feminist person” for saying “I really love being a woman.”)

Meanwhile, the sun rises on another day of conflict in Ukraine.

Russia says it’s ready to end its war against Ukraine “in a moment” if Ukraine meets several demands:

The country must change its constitution to guarantee it won’t join any “blocs,” such as NATO or EU;

It must recognize Crimea as part of Russia; and

It must recognize the eastern separatist regions of Donetsk and Lugansk as independent states.

A third round of talks ended Monday with little progress. More talks are scheduled for later in the week in Turkey.

Biden Considering Going to Saudi Arabia to Urge the Kingdom to Pump More Oil. Also Hitting Up Iran and Venezuela

Joe Biden is considering going to Saudi Arabia to personally urge the Kingdom to pump more oil. He’s also cozying up to the socialist dictator of Venezuela and the mullahs of Iran with the same intent.

Let’s look at a map.

It’s only 1657 miles from Washington DC to Midland, Texas.

Put another way. Biden is going thousands of miles out of his way to avoid boosting American oil. Even more amazing, in the name of pressuring a dictator, Biden is boosting the fortunes of dictators, Ayatollahs and monarchs. Again, at the expense of the American energy industry. In what universe does that make sense?

Secretary of Transportation Pete Buttigieg has an answer for us average folks getting creamed by the rocketing price of gasoline. Buy an electric car.

Pete Buttigieg wants people to simply buy an electric car so they don't have to worry about rising gas prices. pic.twitter.com/VBcIfRotvE

Hey, Pete. Not all of us make $221,400 a year to rush off onto maternity leave, declare highways racist and ignore supply chain crises like you. (Besides, it’d take decades to make purchasing an electric car cost effective relative to the savings on gas.) Makes me think you are perfectly content to see gas at four, five, even seven dollars in some places, just so you can plug electric cars.

And who called precisely this? Donald Trump: During the 2020 campaign Trump predicted a Biden Administration would send gasoline prices to seven or eight dollars a gallon … then push for people to buy electric cars. Set your house on fire, then sell you hoses and water.

Meanwhile, someone who actually builds electric cars — in fact, the Henry Ford and Thomas Edison of electric cars — is saying the exact opposite of Mayor Pete. Elon Musk of Tesla is urging an immediate increase in American oil and natural gas production to squeeze Russia.

The Pending Iran Nuke Deal Gives Away the Store to Iran?

Who’s doing our negotiating? Oprah Winfrey? Because it seems like the U.S. is engineering a great giveaway to the terrorist nation of Iran. A new nuke deal with Iran was expected to be announced in days. And according to Russia’s lead negotiator, “Iran got much more than it could expect.” According to Mikhail Ulyanov, Iran fought for “every comma, every word, and as a rule, quite successfully.” And China and Russia were there to help, tag teaming against the U.S.

Shocking video: This is the lead Russian negotiator for the Iran nuclear talks, Mikhail Ulyanov.

He's bragging about how Russia, Iran, and China teamed up to deliver huge wins for Iran's nuclear program in Vienna negotiations. pic.twitter.com/oiTOgfh99i

But there is a late snag. Russia is now demanding written guarantees that its economic trade with Iran will be exempt from US sanctions imposed on Russia since the Ukraine invasion. Now that Iran’s gotten all that its wanted out of the U.S., now it’s Russia’s turn to squeeze the U.S. for more concessions.

I’ve changed my mind. Oprah would have been better at negotiating the nuke deal.

Another Milestone for This White House: We’re in a Bear Market

The Nasdaq Composite Index has now lost 20% from its record closing high on November 19, confirming we are in a bear market. Should we say a Russian bear market? According to Investopedia, “Bear markets occur when prices in a market decline by more than 20%, often accompanied by negative investor sentiment and declining economic prospects.”

Sorry, Charlie. No promotion yet. Queen Elizabeth has beaten COVID. In fact, Queen Elizabeth held her first in-person meeting since catching the virus, hosting Canadian Prime Minister Justin Trudeau. While we’d like to report she put Trudeau over her knee for a good spanking after his dictatorial moves last month. But no, it was all warm smiles. Seems Elizabeth has known Trudeau since his father Fidel Castro … I mean, Pierre Trudeau … was in office back in the early ‘70s.

Disgraced entertainment legend Bill Cosby will remain free. The Supreme Court has refused to review a lower court decision overturning Cosby’s sexual assault conviction. Cosby had been convicted in 2018 of drugging and sexually assaulting Andrea Constand 14 years before. Dozens of women spanning decades came forward to accuse Cosby of similar assaults. However, the state Supreme Court overturned his conviction last year, saying the entertainer’s right to due process had been violated.

After Cosby’s release last year, his rep said the comedian may return to stand-up. The irony? It was a stand-up comedian who brought Cosby down. After years of whispers and rumors and women coming forward to no avail, comedian Hannibal Buress dropped a bomb during a set at a Philly comedy club. Cosby at the time was urging young black men to not walk around with their pants on the ground.

“Pull your pants up black people, I was on TV in the ‘80s,” mimicked Buress. “Yeah, but you rape women, Bill Cosby. So turn the crazy down a couple notches.”

The clip went viral, which set off a flood of women coming forward. The gig was up for “America’s Dad.”

Interesting question: Without repentance from Cosby, can we ever separate the man from the undeniable splendor of his work?

Finally, a Note of Hope: Ukrainian Girl Singing “Let It Go” from Frozen While in Kyiv Bomb Shelter

Sometimes you just have to hush up and listen for an angel.

Her name is Amelia. And while harbored in a Kyiv bomb shelter, young Amelia sang “Let It Go” from the animated classic Frozen. The others in the shelter fell into complete silence as her sweet voice echoed.

My turn to hush.

The U.S. State Dept. uses the 2004 election of the man Putin wants to reinstall as Ukraine president as a test case for determining election fraud. Every single criteria they use was present in the 2020 election. So we ask “If Ukraine’s Former President is Illegitimate, Why Isn’t Biden?”

And, in light of International Women’s Day, a reprint of Jennifer Hartline’s excellent piece, “I’m an Ordinary Woman,” a very personal look at how the left is trampling on womanhood.