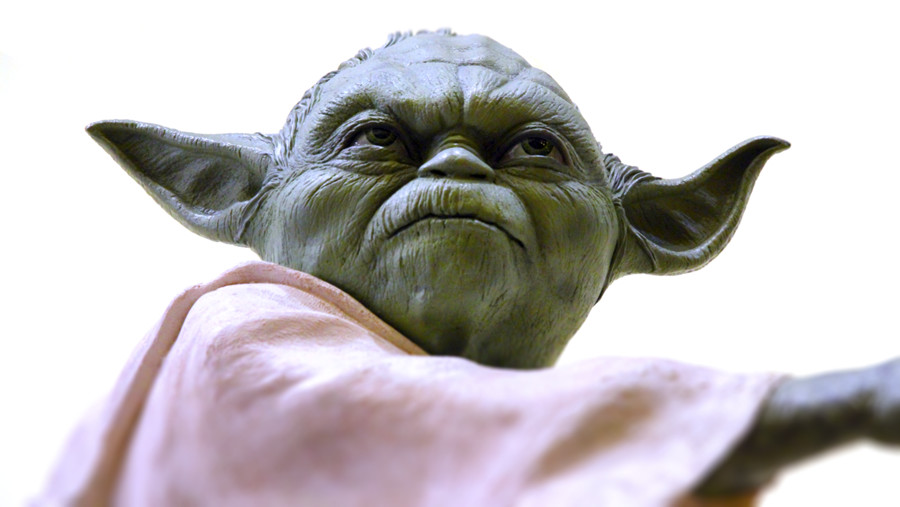 "Hmmmm. Trust the people he does not."

(Well, except for those insurrectionists willing to burn down the Supreme Court literally or figuratively.)

Supreme Court Justice John Roberts confirmed the draft opinion overturning Roe v. Wade published by POLITICO is authentic. And he has ordered an investigation into this “betrayal” and “singular and egregious breach” of trust.

However, Roberts added the opinion “does not represent a decision by the Court or the final position of any member on the issues in the case.”

True enough, but it must represent something close to the final position or else why would the leaker have been so desperate to leak it?

Biden Doesn’t Trust the ‘Whims of the Public’ to Decide on Abortion, Suggests He’ll Move Against Any Decision to Overturn Roe

The man supposedly elected to represent the people of the United States does not trust the American people when it comes to abortion. When asked about the leaked SCOTUS draft opinion that overturns Roe v. Wade, Biden rejected the notion that Americans should have a voice in deciding whether to outlaw abortions in their states.

“There are so many fundamental rights that are affected by that, and I’m not prepared to leave that to the whims of the public at the moment.”

BIDEN: "There are so many fundamental rights that are affected by that, and I'm not prepared to leave that to the whims of the public at the moment." pic.twitter.com/60A8ma69ff

As LifeNews put it, “Biden doesn’t want Americans voting on abortion because he knows America is pro-LIFE.”

Biden also committed a grave sin in the eyes of abortion pushers. He admitted that abortion kills children. In his exchange with reporters he used the phrase “choose to abort a child.”

How tragic to see a man, who for decades in the Senate stood against tax funding for abortion, so completely sell out to Big Abortion pic.twitter.com/1baGbniuRu

Earlier, Biden released a statement suggesting he’ll move against any decision by the Supreme Court to overturn Roe.

I directed my Gender Policy Council and White House Counsel’s Office to prepare options for an Administration response to the continued attack on abortion and reproductive rights … We will be ready when any ruling is issued. 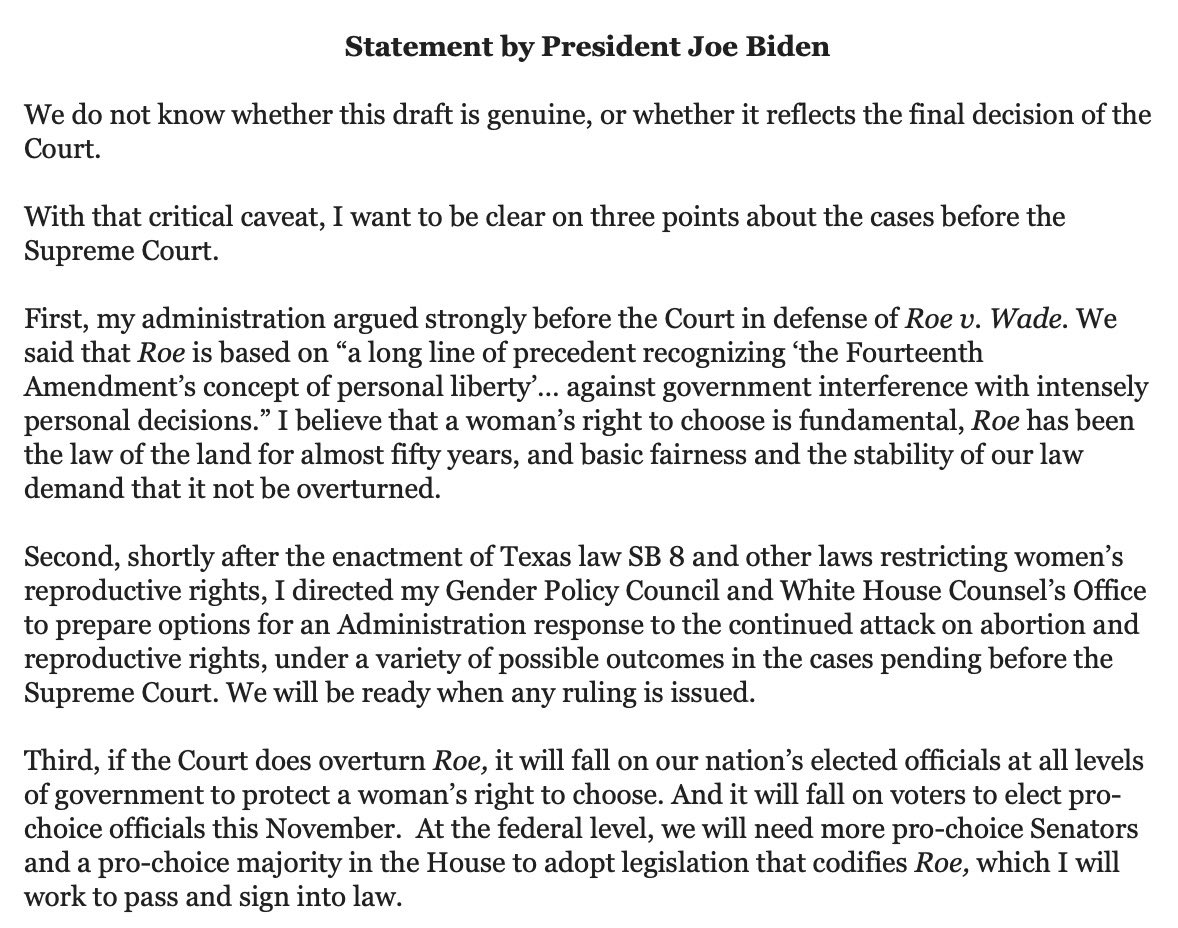 As expected, Democrats are screaming for the Court to be packed and for “codifying” abortion into federal laws.

As Live Action President Lila Rose put it on Fox News: “The pro-abortion side is in a frenzy right now – abortion is their sacrament: The killing of preborn children, at all costs, for any reason.”

Several prominent liberals called for a “revolution” after news of the leaked opinion broke, including journalist Maria Shriver.

Indeed, California Gov. Gavin Newsom tweeted, “We are going to fight like hell.”

So did Sen. Kirsten Gillibrand.

Trump was impeached over telling supporters to “fight like hell.” https://t.co/WAHHiHcJek

I’ll be waiting for Nancy Pelosi to launch a new committee investigating these insurrectionists.

Kamala Harris — who prosecuted the journalists who exposed Planned Parenthood’s baby-part selling operation — offered this assessment of the draft opinion:

If the right to privacy is weakened, every person could face a future in which the government can potentially interfere in the personal decisions you make about your life.

True. I mean, what happens if Kamala and Joe decide to force people to repeatedly inject an experimental vaccine into your arm? Or force three-year-olds to wear oxygen-depriving masks? Or force doctors to perform abortions and gender-altering surgeries on children?

As Jack Posobiec responded to Biden’s similar talk of “the fundamental right” to privacy, “You fired Navy SEALS who wouldn’t take a gov-mandated medical shot.”

Meanwhile, here’s what this White House really thinks of your privacy. The CDC tracked the phones of millions of American citizens to see if they complied with COVID lockdowns and curfews. According to the documents uncovered by VICE, this included tracing people to schools and places of worship.

Amazon to Reimburse US Employees Who Travel for Abortions

Amazon announced it will reimburse U.S. employees who travel for abortions. Up to $4000. Does anyone find it a bit sick that a company will pay women to kill their children so they won’t miss time from work on maternity leave?

In a related vein, you’re hearing a lot about how this apparent overturning of Roe will disproportionally impact women of color. No worries. There will always be white liberals willing to pay to help kill black babies.

It appears we have found the answer to “what is a woman” this morning.

Love hearing about the degradation of women’s rights from people who can’t define what a woman is and are happy to let biological men beat the snot out of women in women’s athletics.

This eye caught my eye:

Is the FBI going to raid the house of the Politico reporter who published the Alito opinion? Or is that just reserved for reporters who get Ashley Biden's diary?

Finally a headline from the Babylon Bee: “After Chanting All Night, Crowd of Worshippers Still Can’t Get Moloch to Answer Them.”

We are thrilled to have Mark Judge’s take on Monday night’s bombshell SCOTUS news. Mark, of course, was targeted for destruction during the Kavanaugh hearings by those hell-bent on wrecking Justice Kavanaugh’s chances in the name of protecting abortion. Please check out “The Left Sows Panic to Smother the Truth.”

Both Dr. Michael Brown and Gov. Mike Huckabee weigh in on the draft opinion overturning Roe.

And Tom Gilson wants to get the pastors and church leaders among you talking. See his latest, “Pastors Corner Goes Interactive: Sign Up Now for Conversations About Practical Pastoral Ministry During Tough Times.”