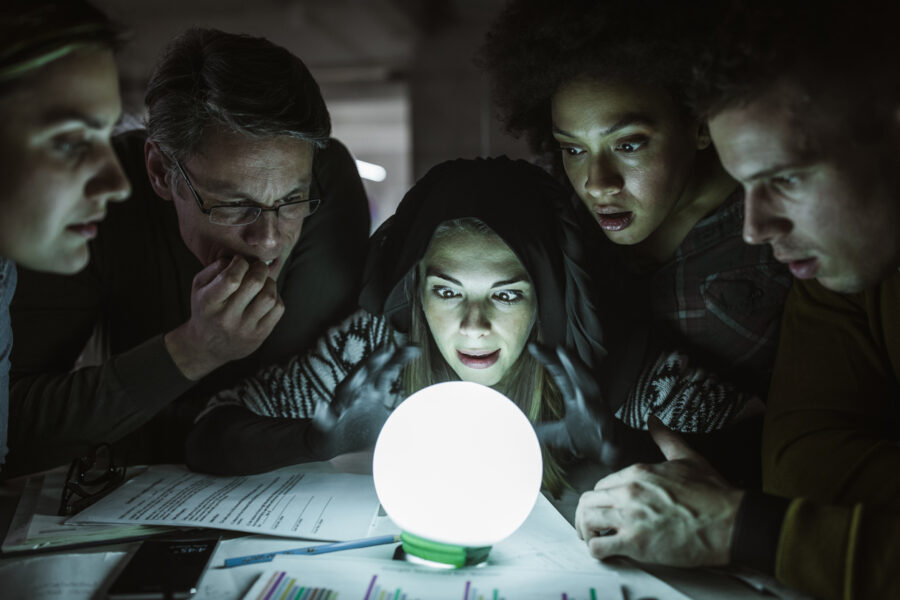 So … have you bought your tickets or signed up for the online streaming of the Christians Engaged Wake-Up Conference? Runs tomorrow night and Saturday. And Saturday will feature an appearance by the one-and-only John Zmirak!

It’s not too late to join us! Hope to see you there, either live or online.

Sure, Putin’s ramping up the war in Ukraine, Biden spoke at the U.N. and the N.Y. Attorney General is keeping her campaign promise to let murderers run free while she hunts for something, anything against Donald Trump. But our top story has to be the revelation that the Associated Press knows the future.

Election officials worry that the inability to process mailed ballots before Election Day in Michigan, Pennsylvania and Wisconsin will lead to a drawn-out vote-count and create an opening for false claims about the outcome in close races. https://t.co/7Mn61t9om0

Isn’t it amazing that they already know for certain that claims of shenanigans involving mail-in ballots in the November election are false? Even as they concede issues exist around the ability of these swing states … all with proven histories of being home to massive election misdeeds … to count ballots in a timely manner, no claims of dubious results will be true.

Good Golly, Miss Molly! Imagine the global benefit of the Associated Press having such an All-Knowing-Eye. Imagine the lives saved if they used this power to warn of certain pending disasters! No doubt gamblers are knocking on their doors to get a fix on who will win next year’s Super Bowl!

Is this not the greatest discovery of this or any lifetime?!

When Letitia James ran for New York Attorney General, her entire platform was promising to persecute Donald Trump. That’s it. Her mission wasn’t to keep New Yorkers safe. It was to charge Trump with something. Anything.

"I look forward to going into the office of Attorney General every day…suing him…and then going home." -Letitia James

Letitia James has WEAPONIZED her office for political gain. pic.twitter.com/LsXJeKUMF4

Well, she’s less than 50 days from re-election and, after four years of digging, hasn’t charged Trump with anything. And her race isn’t going all that well. According to polling from Insider Advantage, she’s down 1.2 points to her Republican rival. In super-blue New York. She’s in trouble. Her party’s in trouble. And so on Wednesday, with much fanfare and media fawning, Letitia James announced she was suing Trump and his three oldest children for $250 million alleging “fraud.”

Her claim is Trump overinflated the value of his properties to secure more loans.

Two simple observations show just how idiotic this is.

Another Witch Hunt by a racist Attorney General, Letitia James, who failed in her run for Governor, getting almost zero support from the public, and now is doing poorly against Law & Order A.G. candidate, highly respected Michael Henry. I never thought this case would be brought – until I saw her really bad poll numbers. She is a fraud who campaigned on a “get Trump” platform, despite the fact that the city is one of the crime and murder disasters of the world under her watch!

How true. Swing an ax at people at a McDonalds in Letitia’s New York, no problem. But be out on the street and have Trump in your name? Here comes the A.G.

Ivanka, Eric and Don Jr. are being sued by James as well. Just one day after House Democrats blocked GOP efforts to get the Treasury to hand over documents detailing the 100-plus times Hunter Biden was flagged for a dubious transaction. Democrat claimed the GOP effort was a partisan stunt to go after the president’s child. Shameless.

Former Attorney General Bill Barr smells a political rat with the lawsuit. “What ultimately persuades me that this is a political hit job is that she grossly overreaches when she tries to drag the children into this,” Barr told Fox News, “This is [Trump’s] personal financial statement, prepared by the CFO. Accounting firms were involved in it … the children aren’t going to know the details of that, nor are they expected in the real world to do their own due diligence and have it reviewed independently.”

Teen Murdered for Being a Republican. What Does CNN Have to Say About It?

Yesterday we told you the story of 18-year-old Cayler Ellingson. The teen was murdered early Sunday by 41-year-old Shannon Brandt. Brandt chased Cayler with his car and deliberately ran him over because, as Brandt told police, the teen was a “Republican extremist.” As you know, just two weeks ago, Biden dubbed all MAGA voters extremists and a threat to the country. Can anyone say “incite”?

The political murder of a teenager should be a massive deal, especially with all the talk about the dangers of political violence. For that matter, remember the fury and coverage of the young woman run over at the Charlottesville riot?

As of this writing, here’s how much attention CNN has given Cayler Ellingson, murdered in cold blood for being a Republican.

Our Occasional Reminder to Pray for the Nation and Our Leaders

On Wednesday, Vladimir Putin announced he’s activating 300,000 reservists, he vaguely threatened to use nuclear weapons. Also on Wednesday, this …

Where ya going, Big Guy? pic.twitter.com/hvMjZlprWb

Stream Senior Editor Tom Gilson has a provocative and helpful column called “I Wish the Left Would Disagree With Us More.”