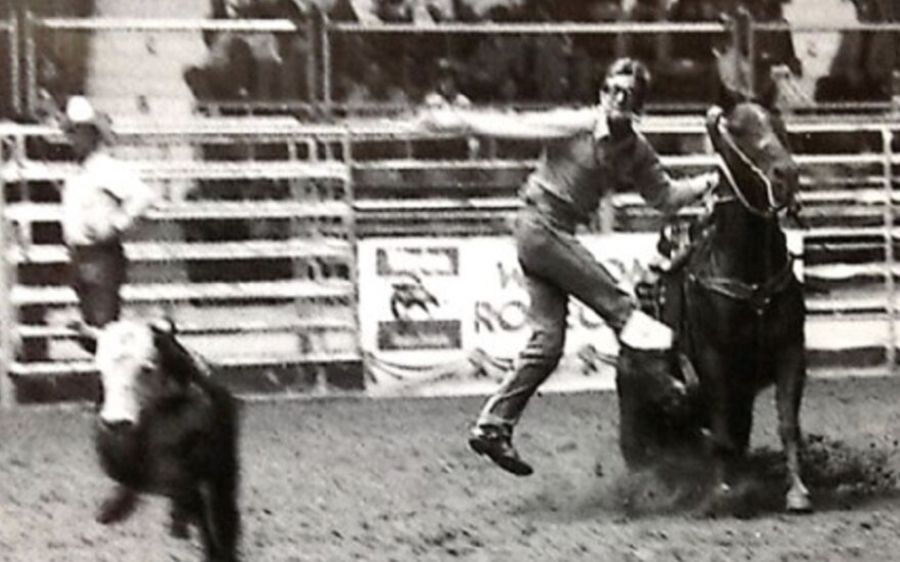 The leftists in D.C. and New York just won’t let go of the images of the Border Patrol on horses. It’s obvious that the terrain in Del Rio, Texas, is rugged — too rugged for trucks or even 4-wheelers. So horses are a great means of maneuvering about quickly to enable the agents to do their jobs, defending our border from illegal aliens.

Key word: “illegal.” Have you noticed? The Biden administration has stopped using that word. These immigrants are breaking the law, U.S. Code Title 8 Chapter 12 Subchapter II Part VIII § 1325, that carries a penalty of a fine, imprisonment, or both. On top of that, The U.S. Embassy in Haiti’s website reports, “On September 2, the CDC has issued a Level 4 Travel Health Notice for Haiti, indicating a very high level of COVID-19 in the country.” [emphasis added]

By the way, we wouldn’t be able to just walk off the plane into Haiti like that. We would need a passport that’s valid for at least six months, a negative COVID test, and a completed Health Declaration Form.

Biden on a High Horse

The image that got the most outrage from all the D.C. (that stands for “Drugstore Cowboys”) and wannabe horse experts? It was one in which the rider had dropped one of the reins while grabbing one of the illegal aliens by the shirt. The rein was flopping in the air. Biden, Harris, and all their minions misconstrued it as the mounted Border Patrol agent beating the alien with it.

In response to the images, Joe Biden sounded off with this: “It was horrible … to see people treated like they did, with horses nearly running them over and people being strapped. It’s outrageous. I promise you, those people will pay.”

Of course, MSM also felt the need to jump to the same conclusions. See MSNBC: “Border Patrol agent seen holding an apparent whip during encounter with Haitian migrants.” Or CNN’s Chris Cuomo: “It does smack of a bygone era of slavery. Aided by reports of people being beaten.”

Pay No Attention to the Dead Afghan Children

“Running them over”? “Strapped”? “Slavery” ? “Whip”? “Beaten”? All because of a loose rein? And pay no attention to that drone strike behind the curtain in which ten innocent people in Afghanistan were obliterated, seven of them small children. And not a peep from Joe or Kamala. Where’s your promise that “those people will pay,” Mr. President? In fact, the entire administration and MSM have been so quiet on Afghanistan, even the crickets have been hush-hush.

Full disclosure: I haven’t been on a horse in decades. But horses were such a big part of my life from the time I was around three or four years old to my late twenties. So, I know a thing or two about horses, certainly enough to give a “crash course” on reins. So, saddle up; here goes.

First of all, reins on a bit and bridle are narrow and thin leather straps, usually only about 1/8 of an inch thick or even thinner. They are generally attached to the shank of the bit (at a ring on the bottom of the bit) by tiny leather strings no bigger than leather shoe laces. On well-trained horses (as the Border Patrol’s horses), the reins just don’t have to be very durable. It takes only a slight amount of pressure to control the horse because of the bit in the horse’s mouth (think power steering).

Even James 3:3 speaks to this minimal amount of pressure needed, saying, “We can make a large horse go wherever we want by means of a small bit in its mouth (and reins that control it).” If we continue reading the next couple of verses, the context becomes clearer as it references a small rudder controlling a huge ship and a tiny spark (or a match nowadays) starting a huge forest fire. All that to make the larger point of how great a damage we can cause with our tiny tongues. The point being, despite those half-ton beasts being big and strong, the reins that control them are quite meager and flimsy.

When you have split reins, you can leave them split or tie them in a knot to keep from dropping one, or both, of them. The advantage of leaving them split allows you to get off the horse quickly and hang on to one of the reins. If they’re tied in a knot, you have to pull them over the horse’s head. The mounted Border Patrol agents were using split reins.

The Border Patrol Did Nothing Wrong

I’m guessing the agent in the image was probably holding the reins with his right hand and dropped one while transferring them to his left hand. He did this in order to free up his right hand (which was on the side of the alien). Although compromised, the agent would still have pretty good control of the horse with only the left rein, particularly for stopping and turning to the right. And there would even be a limited ability to “plow line” it to the left using only the left rein. So, there would not have been a pressing need to stop what he was doing to grab the other rein that was flopping around in the air. 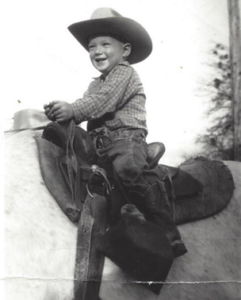 Even Paul Ratje, the photographer who took those images, said, “I never saw them whipping anyone” and that the images had been “misconstrued.”

Too bad Joe and Kamala didn’t read John 7:24 that morning in their “White House morning Bible study” (that they must surely have with their incredible moral high ground). That verse would have told them, “Be honest in your judgment and do not decide at a glance (superficially and by appearances); but judge fairly and righteously.”

Well, I told you that I know horses, so I guess I should validate that claim. Here I am at about three or four on the white horse and in my late twenties on the brown horse in this story’s main photo. (I’m sure the Democrats will appreciate the “diversity” and “inclusion” with my horses.) I remember the brown horse was a gelding, but having had the operation, I don’t recall whether or not he “identified” as a mare. If you look closely at the one on the white horse, you can see the reins hanging down from the saddle. Maybe I had been whipping a Haitian.