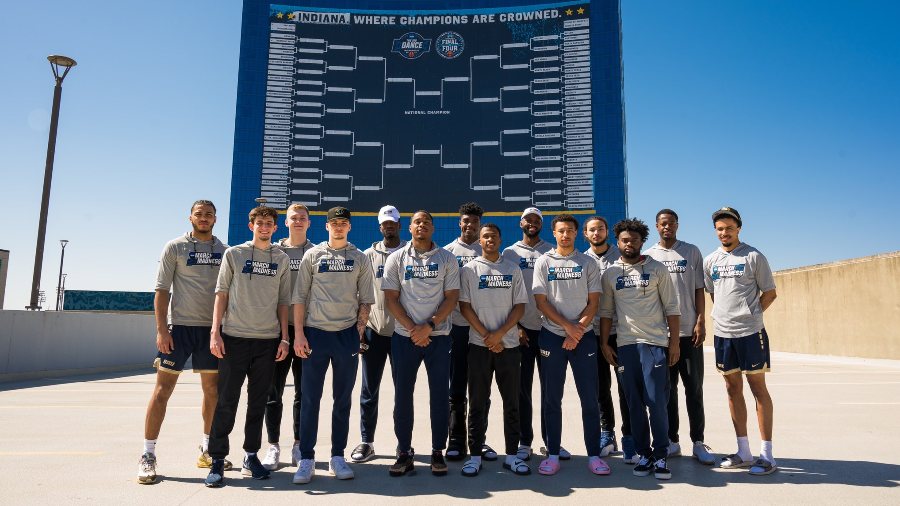 The founding of higher education in America was almost entirely Christian, to the point that, even by 1881, “80 percent of the colleges in the United States were church related and private.” As one Christian author pointed out, “106 of the first 108 colleges were started on the Christian faith. By the close of 1860 there were 246 colleges in America. Seventeen of these were state institutions; almost every other one was founded by Christian denominations or by individuals who avowed a religious purpose.”

Yet an op-ed published in USA Today has called for the NCAA to ban Oral Roberts University because of its biblically-based, Christian standards. What an example of bigotry and intolerance, not to mention an anti-American spirit — and I mean the op-ed, not ORU.

According to sports columnist Hemal Jhaveri, as ORU made a surprising run in the annual NCAA men’s basketball tourney, “the university’s deeply bigoted anti-LGBTQ+ polices can’t and shouldn’t be ignored.”

Yes, Jhaveri tells us, “Twice in their student handbook, Oral Roberts specifically prohibits homosexuality. In their student conduct section, under the heading of Personal Behavior, the school expressly condemns homosexuality, mentioning it in the same breath as ‘occult practices.’”

Oh, the bigotry. ORU should be banned!

Yes, this is the thought process of Jhaveri, who is so shocked by ORU’s code of conduct that she quotes an entire section verbatim:

Students are expected to maintain the highest standards of integrity, honesty, modesty and morality. … Certain behaviors are expressly prohibited in Scripture and therefore should be avoided by members of the University community. They include theft, lying, dishonesty, gossip, slander, backbiting, profanity, vulgarity (including crude language), sexual promiscuity (including adultery, any homosexual behavior, premarital sex), drunkenness, immodesty of dress and occult practices.

Jhaveri’s problem is with Scripture, not with ORU. And Jhaveri, through the vehicle of USA Today, is, by implication, calling for the NCAA to ban any university that honors Scripture.

Think about that for a moment. And think about what the Christian founders of Harvard and Yale and Princeton and a host of other major universities would have felt had they known what would happen to their beloved schools.

One of the original rules of conduct at Harvard stated: “Let every Student be plainly instructed, and earnestly pressed to consider well, the main end of his life and studies is, to know God and Jesus Christ which is eternal life.” And, “Every one shall so exercise himself in reading the Scriptures twice a day.”

Now, a sports columnist writing for a national publication wants the NCAA to ban a university from competition because it honors the Scriptures. Is it any wonder that America is so morally and spiritually confused today? When it comes to sexual mores, our fall has been precipitous.

As a private university and under the banner of fundamentalist Christian beliefs, the school is free to impose whatever standards of behavior they see fit, even if those standards are wildly out of line with modern society and the basic values of human decency. Now, as Oral Roberts gains national attention, the focus shouldn’t just be on their very good men’s basketball team, but on their prejudiced teachings and moral regressiveness.

That Oral Roberts wants to keep its students tied to toxic notions of fundamentalism that fetishize chastity, abstinence and absurd hemlines is a larger cultural issue that can be debated. What is not up for debate however is their anti-LGBTQ+ stance, which is nothing short of discriminatory and should expressly be condemned by the NCAA.

In point of fact, USA Today should be ashamed of itself for providing a platform for such bigoted, anti-Christian, Bible-mocking commentary.

The truth is that ORU is not “fetishiz[ing] chastity, abstinence and absurd hemlines.” Rather, in a sea of immorality and promiscuity and immodesty, ORU is simply calling for decency and modesty and integrity.

The university also recognizes that — perish the thought — marriage is the union of a man and a woman. But for Jhaveri, this too, is an example of religious fanaticism. She writes, “as part of their honor code, the university requires students to abide by a pledge saying that they will not engage in ‘homosexual activity,’ and that they will not be united in marriage other ‘than the marriage between one man and one woman.’”

Oh, the horror. A Christian university honoring marriage. Ban them!

A Christian University Should Not Be Penalized for Being Christian

Sadly, Jhaveri, with the help of USA Today, is guilty of glorifying anti-Christian, Bible-mocking, morality-twisting bigotry, thereby spreading hatred and narrow-mindedness rather than tolerance and grace. A Christian university should not be penalized for being Christian. As for those who disapprove of those standards, there are hundreds of other schools to attend.

In response, then, to this ill-conceived editorial, Christian schools should be strongly encouraged to reinforce (and/or return to) their Christian roots, ORU should be applauded for standing strong, and USA Today should be challenged for giving place to such Bible-bashing bigotry.

Having said that, let the young people compete and have fun. Jhaveri’s editorial should not be allowed to detract from the moment — or from ORU’s unlikely run so far.