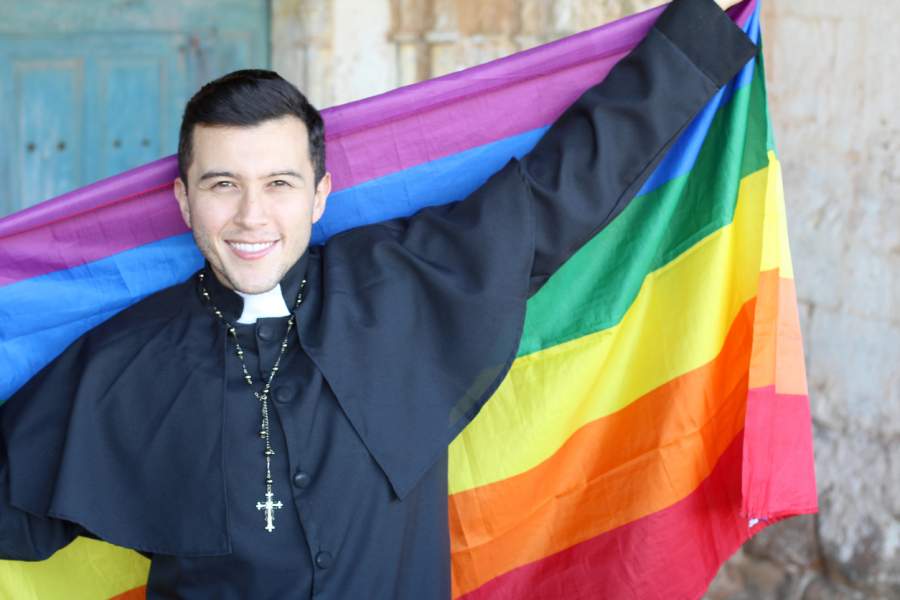 He was brilliant, austere and pious. His father was a very prominent pastor (a bishop in fact). He brought with him a huge personal fortune, which he laid at the feet of the Church, in a time of persecution. But Marcion (b. 110, AD) offered something even more attractive: clear and simple solutions. At a time when the Church was wrestling endlessly with interminable confusions, Marcion had answers.

There was just one problem: They were the kind of answers that Woke, progressive Christians offer our churches today.

That Stumbling Block, the Jews

The greatest conundrum the early Church faced was reckoning with the Old Testament. In Marcion’s time, the second century, there were still more Jews than Christians spread through the Roman empire. These people laid prior claim to the Hebrew Bible, and denied what the Christians made of it. Many descendants of Gentile Christians looked askance at believers of Jewish descent. Did they still wish to “judaize” the Church, burdening new converts (contra St. Paul) with outdated traditions? Doubtless an element of what we might call “Gentile nationalism,” or plain resentment, was at work in some of that “anti-Judaism.”

Beyond all that, the text of the Old Testament proved a stumbling block to philosophically-minded pagans, whom Christians wished to convert. It was one thing to point to Jesus as the Logos, when speaking to Greek Neo-Platonists. It was quite another to explain to them how “Thou Shalt Not Kill” could be reconciled with Joshua’s conquest of Canaan. Or the injunction to hunt down the Amalekites. Or the instances where God was said to experience “wrath,” then afterward “repented himself.”

Jesus spoke of the Father almost constantly, and only in a few crucial passages had laid claim to divinity. On many occasions He’d asserted His authority by flouting the letter of the Jewish law. But He’d also insisted that He came to fulfill it, not abolish it. The Jews denied that He had. The Gentiles didn’t see why He’d bothered. They looked at God as revealed in the Hebrew scriptures as inscrutable and imperfect, hardly the tranquil First Cause suggested by Aristotle.

The Early Church’s Conundrum, and Ours

The real task of the Church was to discern which elements of the Old Testament were unchangeable, essential, and universal for all God’s creatures — including those Gentiles now considering Christian faith. How to situate the new revelations of Jesus in the context of such timeless truths? How should we preach them to an unbelieving and hostile world, without conceding anything crucial?

As Christians today, we face an analogous task: How to preserve the fundamental truths of the Faith, while answering the claims of a post- (not pre-) Christian world? To postmoderns, the historic teachings of the Church often seem as repugnant as the Old Testament doctrines did to “enlightened” Greeks in Marcion’s.

Struggling with such paradoxes took the early Church a lot of work, and several centuries of fervent debate and careful discernment by her very best minds. (We now call them the Church’s “Fathers.”) Along the way, many heresies would emerge to divide a Church still being hunted by the Romans. Poor Constantine, who finally offered tolerance and even favor to the Church, would promptly face a bitter split between those who asserted Jesus’ full, co-equal divinity, and those who denied it. He’d convene the Council of Nicaea himself, to try to resolve it.

The Gordian Knot of the Gospel

What if it could all be much, much simpler? Marcion thought so. He looked at the tangle of claims made by pro- and anti-“judaizers” and found a straightforward answer. According to legend, Alexander the Great had walked up to the famous Gordian Knot, a convoluted and inextricable tangle of rope. Told that the man who solved it would conquer Asia, Alexander drew his sword and sliced straight through.

Eager to conquer the Church (on arriving in Rome, he demanded to be made a bishop), Marcion did the same. Faced with the difficulties of the Old Testament, he sliced it off. Marcion declared the “God” of the Hebrew Bible unworthy of Jesus’ “higher” and “purer” ethics. He announced that the Father of whom Jesus spoke was not the entity who’d spoken to Abraham and Moses, but some vastly more elevated God. The “lesser” god of the Jews, Marcion declared, was some well-meaning but bumbling “demiurge.” The true God whom Jesus had come to declare wished to set us free — from the countless demands of the Old Testament, from its god, and from the Jews.

Faced with Gospels and apostolic letters that contradicted his theory, Marcion cut them off, too. He accepted just one gospel, St. Luke’s, and only in the “corrected” form he edited and published. He picked just ten of St. Paul’s letters, then tossed out all the rest of the New Testament. His prophetic insight into the authentic “spirit” of Christianity gave life, while the letter killed.

This new, user-friendly version of Christianity spread through the Mediterranean like kudzu through Alabama. It was much, much easier for Greeks and Romans to accept. It required no concessions whatsoever to Jewish scriptures, which Marcion cast off as the tribal creed of a second-tier deity. It solved the complex difficulties of Jesus’ nature by denying His humanity. Jesus wasn’t incarnate as both the Yahweh of the Jews and a Jewish carpenter’s stepson. Instead, He was merely a “manifestation” of some higher, cosmic God.

Marcionite Christianity fit perfectly with the philosophic opinions and cultural attitudes of the age. And for a very good reason: it was the product of them. Instead of a full, rich tradition that went back for thousands of years as the revelation of God, the creed of Marcion was the fruit of exquisite plastic surgery, of the kind that would put today’s transgender clinics to shame.

The Eternal Marcion Holds Our Coat, and Snickers

The Marcionite impulse, as I’ve explained before, keeps popping up over the centuries. Whenever some Christians feel the Gnostic impulse to denigrate Creation, they reinvent Marcionite teachings — more “elevated” and “purer” than the mere Orthodoxy preached by the Church. When the Nazis convinced Christian churches that Jews were the root of all evil, tame theologians stepped up to rehabilitate Marcion.

And today we face Marcionism in a new and more virulent form. Progressive Christians seem perfectly happy to offer the Marcionite sex change (snip here, snip there) to the Church’s historic doctrines. They shed most of the Old Testament, especially. It contains those pesky prohibitions of most sexual sins, as well as firm endorsements of national borders, private property, and the “patriarchal” family.

They’ll take their surgical scissors to the New Testament, too, even Christ’s own words. Their private vision of “What a Good God would really mean” is their highest religious authority. They announce their “new gospel” with the hemp rainbow flags they fly. Their hubris escalates daily, replacing their sense of shame. Some of them, like Brandan Robertson, as good as admit that they think themselves More Christian™ Than Jesus. In sober fact, they’re just carving up the Body of Christ. What’s left is a squeaky-voiced eunuch for the kingdoms of Caesar, Mammon, and Sodom.