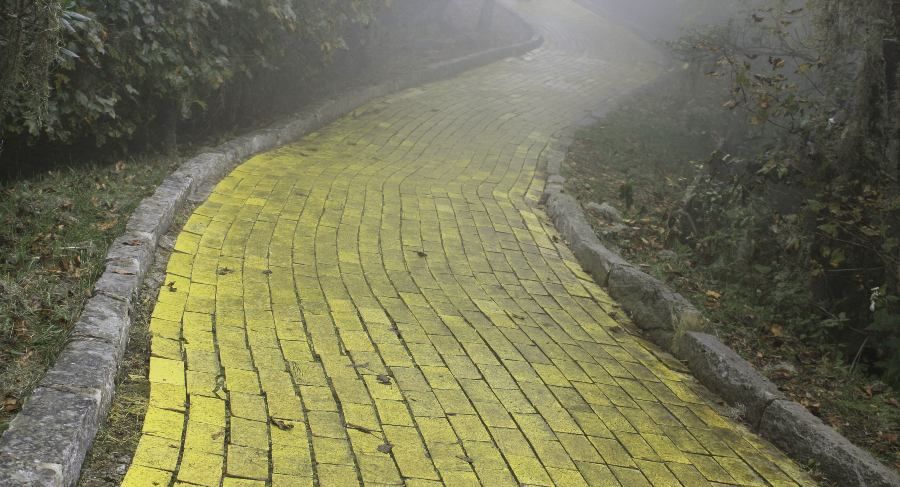 “Somewhere over the rainbow … there’s a land that I heard of once in a lullaby.” A land of energy independence, a land with a strong military and Commander-in-Chief to deter the aggression of foreign dictators, a land that puts its own citizens first, a land that makes smart decisions.

Oh, wait. We actually had all that from 2017 through 2020 and in a few other periods in our past. But sadly, that all seems to have evaporated in the Biden Administration. In fact, some days I wake up and want to say, “Toto, I have a feeling we’re not in America anymore.”

This administration seems to have no heart, no courage, no brain.

The Afghanistan pullout was possibly the most heartless act our country has committed in modern history. To pull out our military first, leaving thousands — and possibly tens of thousands — of Americans and loyal Afghans, who helped us for the last 20 years, is unconscionable. Imagine leaving some of our own in a land taken over by ruthless terrorists, who have been known to torture and murder innocent people. And many of the Afghan interpreters and analysts risked their lives for U.S. soldiers with the hope that we would have their backs should they ever need to be evacuated from the country.

And speaking of heartless, Biden’s team has opened up our southern border and allowed the drug cartels to bring in enough fentanyl and opioids to kill every man, woman, and child in our nation. This allowed human traffickers to bring in, at their will, young girls to be used as sex slaves. While many want to dwell on the slavery in our history, this is the real slavery issue that we need to address in our country! “Forgetting the past and looking forward to what lies ahead” (Philippians 3:13).

Joe Biden didn’t have the courage to stand up against The Squad and other members of the radical left “climate cult.” Biden squandered our energy independence by cancelling the Keystone XL pipeline, green-lighting the Russian Nord Stream 2 pipeline, halting leases on federal lands, and eliminating subsidies for fossil fuels. These were key factors in Putin’s decision to invade Ukraine. I’ll bet Putin and his cronies sit and watch our ridiculous “woke” policies and laugh like kids watching cartoons on Saturday morning.

While there seems to be a general consensus on both sides of the aisle that we should not directly get involved in Ukraine, which could allow an escalation into World War III, we should have the courage to do something.

Retired 4-star General Jack Keene said in a Fox News interview when asked about U.S. involvement, “What I’m looking for is imagination and spine.” He went on to say that there are covert operations we could do right now to get more weapons in the hands of the Ukrainians, but there would be some risk associated with that. That’s where some courage would come in. Maybe the courage to not only stop buying oil from our enemy who’s committing war crimes but reopen American drilling?

Keeping with the Oz theme, who better to quote than Dr. Mehmet Oz (no relation to the Wizard)? Dr. Oz, who is running for the U.S. Senate in Pennsylvania, said on his campaign site, “The Biden Administration has launched an attack on the energy industry, stifling domestic energy production and weakening the U.S. position in energy production.”

Even Elon Musk, founder of the largest electric car manufacturer in the world, tweeted (against his own personal interests), “Hate to say it, but we need to increase oil & gas output immediately. Extraordinary times demand extraordinary measures.”

Hate to say it, but we need to increase oil & gas output immediately.

In his State of the Union address, it seemed to me that all of Biden’s pledges were to fix things he has broken in the first place with wrong decisions that should have been “no brainers.” He said his “top priority” was to get inflation under control. Mr. President, you caused that by printing too much money. Everyone predicted that would cause inflation except his little inner group — which does nothing but gloat about how diverse its members are. Now, all of a sudden, Biden is acting like William Wallace in Braveheart charging that evil inflation (that he caused). Can you just admit that was dumb, Mr. President?

Biden also admitted in the SOTU speech, “The answer is not to defund the police. It’s to fund the police.” Really? Biden is on the record as being a proponent of defunding the police. Lawyer and liberal activist, Ady Barkan, said to Biden in a virtual interview, “We can reduce the responsibilities assigned to the police and redirect some of the funding for police into social services, mental health counseling, and affordable housing.” Then, after Biden went on a long rant of scolding the police, Barkan asked, “But do we agree that we can redirect some of the funding?” Biden replied, “Yes, absolutely.” Can you just admit that was dumb, Mr. President?

Vice-President Harris went further. She actively raised money to bail out criminals during the riots of 2020. The Minnesota Freedom Fund, that she endorsed, was successful in raising bail for:

Can you just admit that was dumb, Madam Vice-President?

If you’re able to, chip in now to the @MNFreedomFund to help post bail for those protesting on the ground in Minnesota. https://t.co/t8LXowKIbw

And even the Scarecrow would have known better than to choose an entire Cabinet based predominantly on diversity, rather than competence.

As Dorothy, Tin Man, Cowardly Lion, and Scarecrow all trembled before the great Wizard of Oz, some Americans see Climate Change in the same way. And there’s a relatively small group, led by Al Gore, AOC, and Greta Thunberg (who was one year younger than Dorothy when she first became an activist), behind the curtain pushing buttons and pulling levers to create a gargantuan façade of an adversary that could end the world. This false perception — still not underpinned by science — has gotten so out of control that it could conceivably cause World War III.

Had the Biden administration not fallen for it and had the heart, the courage, and the brain to keep our energy independence and a strong military (focused on winning wars instead of “white rage,” CRT, and getting vaxxed), Russia would have never invaded Ukraine.