The Bushfires in Australia Brought Out Our Best … and Worst

A Case Study in Elitist Opportunism 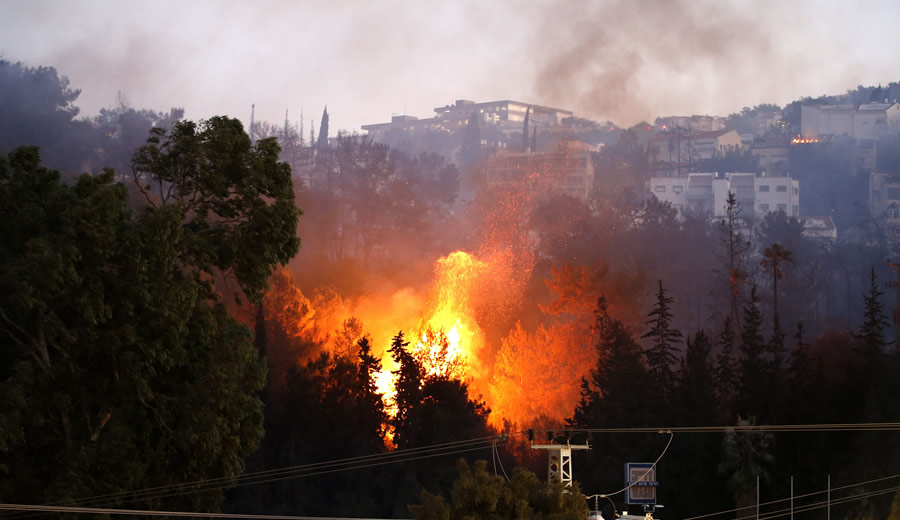 The fires ravaging much of Australia may be a hemisphere away. But they hit quite close to home for me. I studied there for a semester. I developed deep friendships with folks from across the vast continent. Many of them live in the rural areas currently affected.

So I’m attached to Australia. And what’s happening there breaks my heart.

Over the last couple weeks, uncontrolled bushfires have claimed at least 25 lives, between $3.5 and $7 billion dollars (US) in property damage, and nearly a billion animals.

The prime minister has set aside at least $1.38 billion (US) to combat the wildfires and deal with necessary recovery.

In this time of crisis, many organizations have come forward to help rural Australia. My home church when I lived in Sydney, Hillsong, began fundraising, with 100% directed to bushfire relief. It offers assistance to the heroic efforts of volunteer firefighters. It also provides aid to suffering families. As of January 9, donors have surpassed $1 million in funds raised. Hillsong is coordinating with the Salvation Army. It has also been at the forefront offering food to first responders and those evacuated.

Likewise, the Anglican Diocese of Sydney has also been front and center. Archbishop Glenn Davies called for prayer and took action. He has directed resources to parishes across regional New South Wales.

President Trump, along with other world leaders including Prime Ministers of New Zealand, Canada, and the UK have pledged their government’s resources and support in this time of crisis. Former Australian Prime Minister Tony Abbott is himself volunteering as a firefighter, combating the blazes firsthand.

More than 100 American firefighters have arrived Down Under to “cheers and applause.”

In the midst of such a tragedy, we can find some encouragement. Society (not just the government) is making widespread efforts to deal with the crisis. I’m glad to see the people of Christ’s church at the forefront of relief efforts. They’re helping with unmatched vigor and efficiency.

Sadly, some firefighters have lost their lives in their effort to protect others. That brings to mind Jesus’ words in John 15:13. “Greater love has no man than this, that a man lay down his life for his friends.” In that spirit, we must not take for granted the loving sacrifices made by the fieries (a local nickname for volunteer firefighters).

Meanwhile, Prime Minister Scott Morrison has faced widespread criticism over his response. He took a vacation to Hawaii in the early part of the crisis. When visiting those in affected areas, he was poorly received. People claimed he did too little too late. He faced people refusing to shake his hand on multiple public occasions.

Predictably, some have rushed to politicize this natural disaster. They have blamed the pro-energy policies of the Australian government under Morrison’s leadership. (In fact, fires are endemic to the dry brush and high temperatures typical of an Antipodean summer.) Activists have reduced the issue to be only about man-made climate change. They leverage the current anger at Scott Morrison’s leadership to call for more government crackdowns on energy use. You know the drill: mandates, bans and regulations. Among the most popular is the call to redirect the near $29 billion (USD) in energy industry to the bushfire effort.

Ricky Gervais called out and mocked the gathered elites for their utter hypocrisy.

The genuineness and urgency of the crisis is used to distract from the hundreds of thousands of jobs and billions of dollars in growth the energy sector offered Australian families.

At the Golden Globes award show, a long parade of celebrities cited the crisis. Jennifer Aniston declared a clear causal connection between the fires and climate change. She implicitly blamed those who disagree with “green” energy mandates. Greta Thunberg likewise took the opportunity to criticize Australian leadership as culpable for the crisis and urged political action.

Golden Globes host Ricky Gervais rose to the occasion. He preemptively called out (some profanity) and mocked the gathered elites for their habitual hypocrisy. Nothing like millionaires demanding laws cumbersome to everyday Americans, while they burn carbon as if it were the flag.

Arnold Schwarzenegger rubs shoulders with Greta Thunberg. When she’s not around, he boasts of his extensive car collection. Leonardo DiCaprio flies private and parties on lavish yachts. Our elites leave massive carbon footprints amidst calls for “action” aimed at the little people.

You also won’t hear this from Hollywood: Nearly 200 people throughout Australia have been arrested for acting to start or fuel fires since late last year. What are their motives? Time will tell.

So-called “green” regulations have played a significant role in worsening the impact of fires. Eco-activists got authorities in Australia to ban prescribed burns. For centuries such burns have slowed down fires, making gaps between fire-prone areas.

So you can’t cut down trees to make a fire break. They’re legally designated as providers of carbon offsets. Hence proper forest management is illegal.

That is how you get a large part of a continent ablaze, and a billion dead animals.

Bruce Dunn is a Dallas-based consultant who has written on religious and cultural topics. A Southern California native, and recent graduate of Villanova University (B.S.) Mr. Dunn currently resides in the Dallas metroplex. He works on infrastructure projects and is an active member of Prestonwood Baptist Church in Plano.