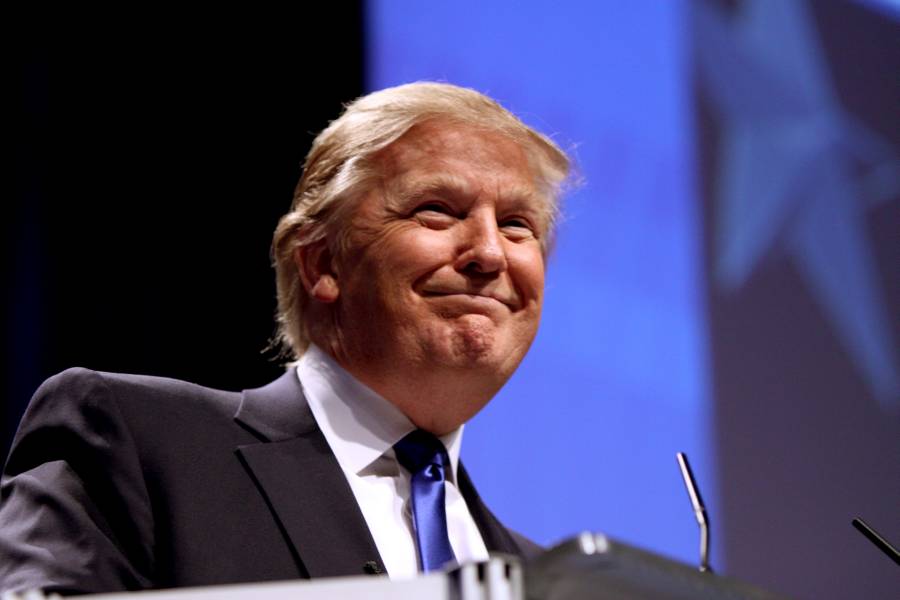 I’ve mostly sat on the sidelines as the conflict has raged among evangelicals about support for Donald Trump. As a Catholic, I’ve got enough problems. Yes, Catholics voted by a clear majority for the pro-life, pro-borders party. We helped turn crucial swing states. But nobody ever thought to call us Donald Trump’s “electoral base.”

So the mainstream media likes to call the mysterious group they write about but never meet, and refer to increasingly as “white evangelicals.” I’ll admit I’m no expert on this subject. Growing up in Astoria, Queens, I thought pretty much everyone in the world was Irish, Italian, or Greek. When I met my first Protestant at Yale, I almost asked him, “How do you like our country?” (I learned in history class that it is their country, which wasn’t actually founded at Ellis Island in 1916. Who knew?)

Since moving to Texas, of course, I’ve made good friends and met worthy colleagues at The Stream. And I’ve learned much more about this elusive social group. So far, my experiences have all been very positive, with the possible exception of how long it takes some folks to recite a spontaneous grace while our food is rapidly cooling. (Guys, there is a value to brief, formulaic prayers.)

I have come to realize that evangelical Protestants, and their free-wheeling Catholic allies, are the last bastion of political sanity in America. Along with grumpy populists, they cling to God, country, and guns, and what could be more American than that?

So I’m not surprised to see that political elites are trying to turn that bastion into a speed-bump. It was all fine and good when evangelicals tamely followed their leaders, as they did in 1996 to back Bob Dole over the genuine social conservative Pat Buchanan. And then backed the Bush dynasty, taking crumbs from the GOP’s table for more than a decade, while exerting little influence.

Evangelical Protestants, and their free-wheeling Catholic allies, are the last bastion of political sanity in America.

But in 2016, evangelicals kicked out the fences and didn’t back the GOP candidates most of their leaders preferred. Instead many embraced the unlikely, worldly, still faintly suspicious figure of Donald Trump.

Why’d they do it? I think they appreciated his authenticity. For all his Manhattan glamour, Trump’s life story sounds a lot like a country music song. (Love gone bad over and over, businesses built and busted, then he turned things around, found a good woman, and made it big — albeit in Sutton Place, not Nashville.) The same people who listened to Jimmy Swaggart weren’t overly scandalized by his cousin, Jerry Lee Lewis.

For so long, these voters had nodded off to carefully tailored, mostly insincere speeches from the likes of McCain and Romney. Like other social conservatives, they’d duly pulled the GOP cart, aiming for a carrot that always receded into the distance. Somehow the pro-business lobby always got its cheap labor migrants and business tax cuts. Foreign policy hawks got their wars of choice. But the culture kept getting more pagan and the courts and the government with it. As Pat Buchanan (the guy y’all should have voted for in 1996) wrote recently:

In half a lifetime, many Americans have seen their God dethroned, their heroes defiled, their culture polluted, their values assaulted, their country invaded, and themselves demonized as extremists and bigots for holding on to beliefs Americans have held for generations.

In Trump, many serious Christians felt they’d met a man so blunt and unpolished that he actually spoke his mind. He said that he’d appoint pro-life, conservative judges and fight for religious liberty. Then lo and behold, he did just that.

And now a few elite figures in evangelical circles, with massive support from mainstream media, are shocked, shocked that these voters still back Trump, three years later. The Stream has already covered in great detail the controversy started by Christianity Today’s embrace of impeachment. Wayne Grudem rebuked it in detail, in a virtuoso performance that reminded me of the Monty Python skit where Australians hunt mosquitoes with bazookas. Then pluck the wings as a trophy.

This Video Is … Funny

Instead of addressing that, I’d like to draw the readers attention to the latest. It’s a video created by NeverTrump Republicans that calls itself The Lincoln Project. No, that doesn’t mean they want to shoot the president at a theater. They might be trying to assassinate his character with mostly out-of-context video snippets of the president and some of his evangelical supporters. Watch the thing for yourself. (Some profanity.)

Who are they trying to persuade? Now I’m just a bad Catholic from New York City, but this video makes me like the president even more. I’d bet a pound of Texas brisket my evangelical friends will feel the same. Not because we approve of the ugly Trump moments the video captures. But because they’re evidently the worst things his enemies could find. Do they really imagine Christian voters are naive ninnies, who think that other politicians (under much less vicious scrutiny) have never:

Really? And should Christians wax scandalized that some preachers who back Trump ask for donations on television? Exactly like MSM’s most beloved institution, PBS? The video makers seem to think so.

Do any of us imagine that General George Patton, Ulysses S. Grant, or Christian warlords like Charles Martel were well-behaved choir boys? Should we have dispensed with their services, then? Should we abandon the unborn and religious liberty now? Just how dumb do these people think Christians are? What did their market research consist of — hundreds of hours of watching Ned Flanders on The Simpsons and “The Church Lady” on 1990s Saturday Night Live?

Trump’s a sinner like the rest of us, but he’s an actual man. Not a cartoon figure drawn to fool us, or a prattling Pharisee doing some Kabuki dance of virtue signals. We know him as the man who’s roundly hated by the same elites that hate us, damn us as bigot and rubes, racists and prudes — then ask us for our votes anyway. We’re increasingly fearful of Caesar, whose legionaries and functionaries have already picked out the catacombs where they’d like to drive us. And so yeah, we’ll take rough-edged Constantine over Diocletian, thank you very much.

The Trump campaign ought to thank the Lincoln Project kindly, and broadcast this video in swing states. Maybe with a soundtrack by Merle Haggard or Willy Nelson. Or better yet, Jerry Lee Lewis.