The All-Out Assault on Our Children 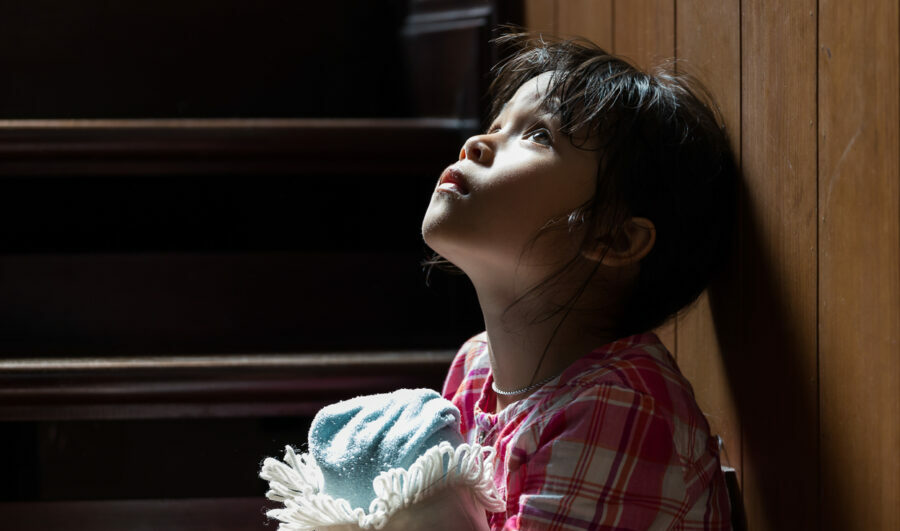 Satan is not just trying to silence the next generation. He is seeking to wipe it out, declaring an all-out war on our children. They are being slaughtered in the womb. They are being kidnapped and sold into sex slavery. They are being raped and abused and neglected and used. They are being brainwashed by their teachers and bullied by their peers. They are lost and lonely, depressed and suicidal. They cut themselves and kill themselves. Their innocence is being robbed and their security is being stolen.

Without exaggeration, we can say that no generation in American history has been subject to such a concerted, demonic attack. Just put yourself in the place of a child today, starting your dangerous journey to adulthood from within the womb. From the moment of conception, your life is at risk. Will you make it out of the womb, or will you be like the multiplied millions who have been cut down before they could breathe their first official breath?

In the sight of God, pledge yourself afresh to be the guardians of your children. Your words must be backed by your actions.

Let’s look at some nationwide trends, affecting tens of millions of young people.

Suicide is the SECOND leading cause of death for ages 10–24.

Suicide is the SECOND leading cause of death for college-age youth and ages 12–18.

Each day in our nation, there are an average of over 3,703 attempts by young people grades 9–12. If these percentages are additionally applied to grades 7 & 8, the numbers would be higher.

Along with issues like suicide, another website explains that, in the next twenty-four hours in the United States:

2 teens will be murdered.

What about children being sexually abused?

Over the course of their lifetime, 28% of U.S. youth ages 14 to 17 had been sexually victimized;

Children are most vulnerable to CSA [child sexual abuse] between the ages of 7 and 13.

Even more shockingly, “according to a 2003 National Institute of Justice report, 3 out of 4 adolescents who have been sexually assaulted were victimized by someone they knew well.” And in a major, government-sponsored report, “Among the eye-opening statistics shared,” was the fact that “one website on Tor hosted 1.3 million images depicting children subjected to violent sexual abuse.”

Is your heart bursting yet?

Even the effects of social media can be devastating for young people, as they literally become addicted to digital stimuli. Some of the negative side effects include depression, anxiety, sleep deprivation, and communication issues.

What, then, must we do to protect the most vulnerable ones in our society? How do we save them from a demonically planned destiny and send them out to fulfill their God-given future? It starts right here, with each of us. It starts with holy indignation. With broken hearts. With godly determination. With Holy Spirit resolve. It starts right here with every one of us doing what we can to turn this sickeningly destructive tide. Satan must take his hands off our children!

So, to every demonic spirit who is dead set on destroying our children, we say, “Take your hands off our kids! They belong to us, not to you, and you will not destroy their lives. We declare this together in Jesus’ name!” Then, in the sight of God, pledge yourself afresh to be the guardians of your children. Your words must be backed by your actions.

We must not downplay the urgency of the hour. The matter is grave, and we cannot underestimate the intensity of the battle. We must be tenacious in God if we are to win the war for our children.

(Excerpted and adapted from Michael L. Brown, The Silencing of the Lambs: The Ominous Rise of Cancel Culture and How We Can Overcome It, released March 1.)