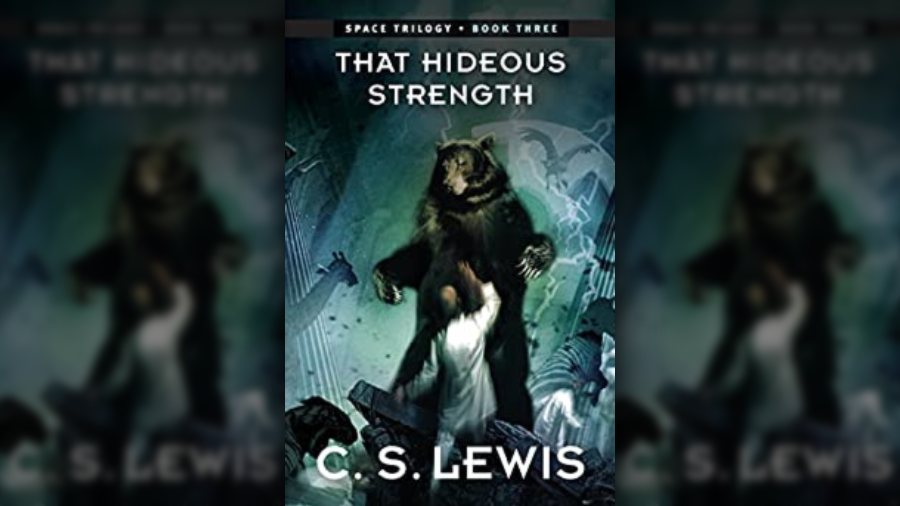 By David Marshall Published on September 4, 2021 •

The Academy has been corrupted by political ideology. Cancel Culture runs rampant. Scientists conduct Gain-of-Function research that threatens death on a global scale. Once-quiet cities are destroyed in planned riots, which the media describes as mostly peaceful. Merlin comes back from the dead.

“Wait a minute … Merlin what? I thought you were reading the news! I was all set to hear you mention Black Lives Matter and murder hornets, but Merlin? Was that on Fox or CNN?”

Actually, the whole first paragraph occurs in a dystopia written 76 years ago.

Dystopia is a genre of literature or film that depicts a failed utopia. George Orwell’s 1984 asked, “What if a Stalin-like dictator took over England, and Big Brother invented interactive screen technology?” Margaret Atwood’s Handmaid’s Tale asked, “What if the Taliban came to America?”

But dystopias feature carrots as well as sticks, seduction by consumer goods and sensual delights. Aldous Huxley’s Brave New World showed a society atomized by sex, drugs, and gene manipulation. In Ray Bradbury’s Fahrenheit 451, citizens “enjoy” the big-screen vacuity of perpetual, childish entertainment. This is as dystopian as tyranny, for pleasure, like fear, can push people apart. Every man becomes an island, and every island a galaxy far, far, away, swallowed by screens in the next room.

“Sounds familiar!” You say. “But where does Merlin come in? You didn’t say Dumbledore, did you?”

No, it was Merlin! For his story and for ours, do read one of the most insightful of dystopias, That Hideous Strength, the third volume of C. S. Lewis’s Space Trilogy.

Good as their books were, I would rank Lewis higher than Orwell, Bradbury, Atwood, or Huxley, who died the same day as Lewis, along with JFK. (Catholic theologian Peter Kreeft wrote about a conversation among the three in their moments after death.)

Some of Lewis’s other fiction may be better as pure art than That Hideous Strength: yarns about a bus ride from hell to heaven (The Great Divorce), or an ancient queen who learned how terrifying the words “Know yourself!” can be (Till We Have Faces), or the temptation of a second Eve on a gorgeously-imagined Venus (Perelandra). The Chronicles of Narnia are wonderful: I am penning a book about them now.

Even Lewis feared That Hideous Strength would prove a dud. After publication, he told friends that almost all reviewers had “damned” it, though he was encouraged to see that they criticized different things. In fact, Arthur C. Clarke and the influential evolutionary biologist John Haldane complained that Lewis attacked scientists. George Orwell griped that the story was ruined by the supernatural. In an unfinished letter, J. R. R. Tolkien told his son Michael that he thought Charles Williams’s influence had “spoiled” Lewis’s third adult fantasy.

Still, That Hideous Strength keeps drawing me back.

Its motifs are as varied yet hearty as a stew. Serious ideas flavor the whole, like chunks of steak marinated in wine. But Lewis then picks exotic veggies from his garden, cuts them up, and tosses them in, too. Aside from Merlin back from the dead, you get a critique of bad student essays (Lewis had had his fill), school politics (into which Lewis and Tolkien dipped their toes), demons and angels, and an Indian Christian mystic (modeled, I think, on Sundar Singh, the famous convert from Sikhism).

There is verbal attack on some schools of modern art, and a physical attack on animal experiments led by (of course) an animal: Mr. Bultitude, a bear Lewis had met at Whipsnade Zoo an hour from his home. Lewis also gave a nod to Tolkien’s own myths, to his friend’s irritation.

It’s an odd hodge-podge. Still I and many others keep rereading, and loving, this mess of a story. The villains are wonderfully drawn, beginning with their names: Wither, Frost, Feverstone, Hardcastle. Tolkien described Bultitude the Bear as “a portrait of the author,” which Lewis found humorously flattering.

But ultimately the book is about what it means to be human. (And so should be read alongside Lewis’s brilliant essay, The Abolition of Man.) The protagonist, Mark Studdock, is almost destroyed by his lust to join the “inner circle,” a desire Lewis often depicted in writing. Studdock’s slow awakening to life is masterfully portrayed against the backdrop of the evil National Institute for Coordinated Experiments (NICE). Like a flower in Mordor, the young man in that dark place learns true friendship from a peculiar hero.

Lewis deftly weaves the threads of this story until they emerge into a slapstick apocalypse, an ironic judgment on evil. That’s where Merlin comes in. Angels, too!

“So what does this have to do with Cancel Culture, gain-of-function research, and the rest?” you ask. A lot, actually.

That Hideous Strength offers a profound and prescient vision of institutional evil, of a sort that is all too recognizable in our time. In it Lewis echoes the first Christian dystopia, the reign of the anti-Christ in Revelation, who fuses political power, technology, and the occult:

What should they find incredible, since they believed no longer in a rational universe? What should they regard as too obscene, since they held that all morality was a mere subjective by-product of the physical and economic situations of men? The time was ripe. From the point of view which is accepted in Hell, the whole history of our Earth had led up to this moment.

This was NICE in the novel. Google, CNN, and college campuses have become too much like it: dreary realms of power politics, covered with a fatuous gloss of moralizing clichés. Studdock was a sociologist: the Robin DiAngelo of his day. But the very dreariness of political life he encountered awakened a thirst for goodness in his parched soul:

As the desert first teaches men to love water, or as absence first reveals affection, there rose up against this background of the sour and the crooked some kind of vision of the sweet and the straight. Something else — something he vaguely called the ‘Normal’ — apparently existed. He had never thought about it before … It was all mixed up with Jane and fried eggs and soap and sunlight and the rooks cawing at Cure Hardy and the thought that, somewhere outside, daylight was going on at that moment.

Mark came finally to see the true contrast between “the Straight” and “the Crooked.” Still his analysis was incomplete. Dr. Frost tells Mark to trample on a crucifix, and the cross finally reminds him what the Crooked so often does the Straight.

The Crooked seems now to be on the offensive again. Everywhere we look we see broken families, broken borders, broken promises. The New Racism and Woke Fragility spread like cancers, turning schools and business firms into arenas for struggle sessions. A rising China derides the very notion of freedom.

The Source of Woes

Orwell and Lewis wrote their dystopias at the end of a great war with Hitler, when instead of peace, it appeared that a war-weary Britain would now face a vast Stalin-led Evil Empire, even as its own empire dissolved. Lewis saw that bad ideas, even demonic ideas, were the source of the world’s woes:

The poison was brewed in these West lands but it has spat itself everywhere by now. However far you went you would find the machines, the crowded cities, the empty thrones, the false writings, the barren beds: men maddened with false promises and soured with true miseries, worshiping the iron works of their own hands, cut off from Earth their mother and from the Father in Heaven. You might go East so far that the East becomes West and you returned to Britain across the great Ocean, but even so you would not have come out anywhere into the light. The shadow of one dark wing is over all Tellus.

Orwell had also seen and brilliantly depicted that shadow, but 1984 showed no light. When the Big Brother surrogate asked Winston Smith, between torture sessions in the bowels of the Ministry of Love, “What will stop us? God?” Winston Smith admitted that he did not believe in God.

That Hideous Strength opens a window on hope. Orwell thought the supernatural ruined Lewis’s story. Actually, that is one reason I have read That Hideous Strength many times, but 1984 only once. Unlike Winston Smith, Lewis believed in God. As a hideous strength covers the Earth once again, we shall find ultimate hope nowhere else.