No life is worth forfeiting — or maiming or destroying — for a text. 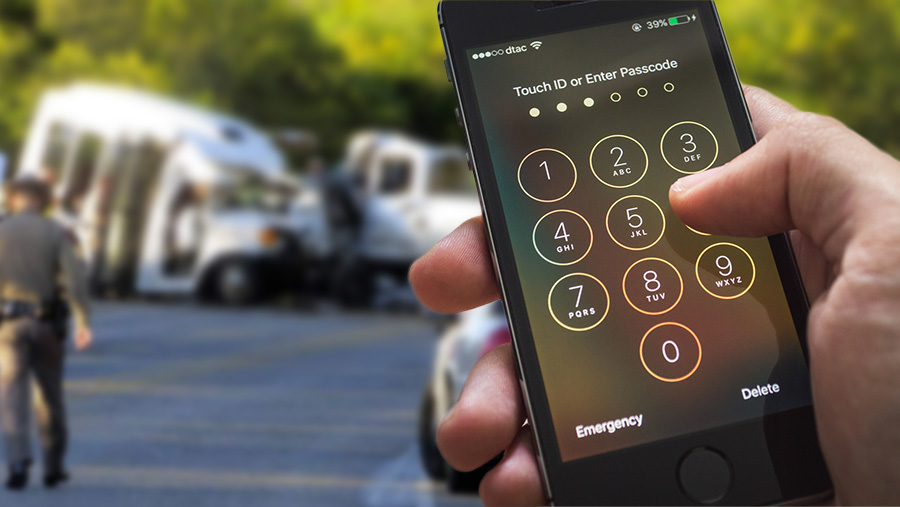 Authorities investigate after a deadly crash involving a van carrying church members and a pickup truck on U.S. 83 outside Garner State Park in northern Uvalde County, Texas, Wednesday, March 29, 2017. The group of senior adults from First Baptist Church of New Braunfels, Texas, was returning from a retreat when the crash occurred, a church statement said.

The news of the crash was horrifying enough. Thirteen Christian seniors, most in their 80s, were returning from a three-day retreat when their church bus crashed into a pickup truck. The bus driver, along with 12 of the passengers, died. The truck driver survived.

All 13 victims were members of the same Baptist church. Some of them sang in the choir. They were parents and grandparents and great-grandparents, with deep roots in their community. Now, in a moment of time, they were gone. Can you imagine the trauma this community is experiencing?

But there’s more to the story that adds to the horror.

According to reliable reports, the pickup truck swerved into oncoming traffic, so the crash was entirely his fault. And an eyewitness who spoke to the driver claims that the reason he swerved was because he was texting.

How deadly texting can be.

The witness, Jody Kuchler, said he was driving back to his home with his girlfriend “when he came across a truck that was driving erratically across the road.”

Kuchler stated, “He kept going off the road and into oncoming traffic and he just kept doing that.”

While following the truck for “at least 15 minutes,” Kuchler called two different sheriff’s offices “and told them ‘they needed to get him off the road before he hit somebody.’”

A Resolution: No More Texting and Driving

So far the police have not confirmed this report, only saying that they are considering “distracted” driving as a potential cause of the crash. But if in fact Kuchler’s account is correct, the whole story is even more tragic and jarring.

How many times have we endangered the lives of others, along with our own?

I confess that I have been guilty. I have texted or emailed many a time, all the while knowing that I should not be doing it, fully aware that, no matter how careful I tried to be, what I was doing was reckless.

But I am determined to do so no more, and I am writing this article to help reinforce this determination, along with warning others. (I waited a few days to write this to allow things to sink in more deeply and to adjust my habits.)

Texting and driving is not only dangerous. It can be deadly and disfiguring.

On November 2, 2014, the Daily Mail carried this headline: “Popular teen disfigured by wreck after texting at the wheel warns other young drivers how distraction destroyed her life and how her so-called friends abandoned her because she was disabled.”

Liz Marks, now in her 20s, “was left blind in one eye and severely disabled after crashing her car while texting at the wheel” at the age of 17.

We are almost programmed to respond to messages on our phones.

She had been “driving her Mazda 3 along a road in St Michaels, Maryland, when she received a text from her mother, Betty. Without thinking, she looked down at her phone to read the message.”

Again, I wonder: How many times have you and I done the exact same thing? We are almost programmed to respond to messages on our phones.

“Seconds later, she crashed into a tow truck driven by 25-year-old Roy Dixon that was stopped on St Michaels Road waiting to turn left on to Wales Lane. The truck had its left signal turned on.”

She “was airlifted to the University of Baltimore Shock Trauma Center with serious brain and facial injuries, where she remained in intensive care for nearly a month.”

In subsequent weeks, she was forced to undergo a number of surgeries, including an 11-hour procedure on her brain, according to The Star Democrat in Maryland.

Two-and-a-half years on, she remains blind in one eye, has lost her sense of smell, cannot hear properly, is unable to create tears due to damaged tear ducts and cannot fall asleep naturally.

No Life is Worth It

Her before and after pictures are jarring, giving a small glimpse into her sufferings. Adding to her pain, most of her friends left her, moving on with their lives while she remained behind.

All this for a momentary, innocent glance at her phone.

And now, 13 elderly lives have been snuffed out, apparently because a driver just had to text — and text, and text.

May we take all this to heart, not just for ourselves, but for others. No life is worth forfeiting — or maiming or destroying — for a text.