Request comes after recent assault on journalist Andy Ngo and an attempted terrorist attack in Tacoma. 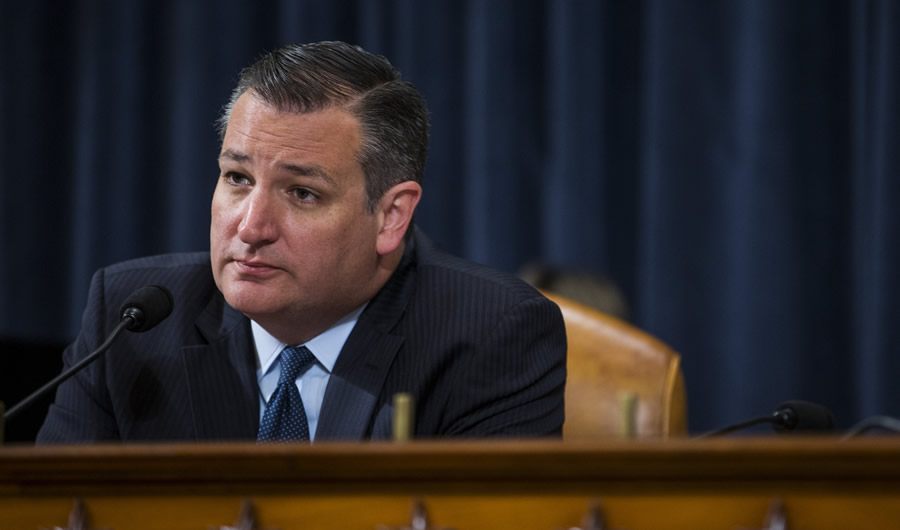 RICO was passed into law in 1970 in order to go after the Mafia. It stands for Racketeer Influenced & Corrupt Organizations Act. It enables prosecutors to tie all the crimes from a group of people together into one case. To bring a RICO claim, the following elements must be shown: (1) conduct (2) of an enterprise (3) through a pattern (4) of racketeering activity. Racketeering activity includes a long list of crimes.

It’s hard to argue Antifa isn’t an enterprise conducting a pattern of criminal activity. Antifa supposedly stands for antifascism. However, as Sen. Cruz pointed out, the group uses the fascist tactic of violence to intimidate and silence its opponents on the right.

“[Antifa] engages in the conduct of fascists,” said Cruz at a hearing this past week. “They engage in violent protests, masked men and women engaging in physical violence — we saw recently the Rose City chapter of Antifa in Portland, Oregon, that was assaulting citizens … violently assaulted one journalist so severely that he was hospitalized for a brain hemorrhage.”

“[Antifa] engages in the conduct of fascists.”

Cruz was referring to Andy Ngo. A video of the attack on Ngo shows people in black punching, kicking, spraying and throwing things at him. Ngo is raising money for a lawsuit against Portland Antifa.

“Likewise this weekend, a Mr. Willem Van Spromsen, another Antifa terrorist attacked a U.S. Immigration and Customs Enforcement center in Tacoma, Washington, igniting a vehicle and attempting to ignite a propane tank,” Cruz went on.

“I am concerned that these are not isolated incidences but rather this is a pattern, an organization that is engaged in masked, anonymous, violent terrorism. To what extent is the FBI concerned about the threat of violent activity from an organization like Antifa?”

Wray  said the FBI is concerned about violence caused by any ideology. He clarified that “the FBI doesn’t investigate ideology, we investigate violent criminal activity.” He views Antifa as more of an ideology than an organization. He says the Bureau does look into “anarchist extremists.”

Cruz pointed out, “The Bureau has significant tools to go after organizations, criminal enterprises, that use anonymity, that use masks to carry out violence — groups like the Klan, groups like, at times, the Mafia.”

“I will today be sending a letter to you and the Department of Justice asking the Department to open a RICO investigation into Antifa, because I believe they are engaged in a similar coordinated effort. That letter will likewise focus on some local elected officials who have chosen to deny police protection to their citizens based on political ideology.”

“That is a pattern sadly that we saw with politicians who favored Klan violence, and I think every citizen deserves law enforcement protection regardless of their political ideology.”

This comes after Cruz introduced a resolution along with Bill Cassidy (R-La.) last week calling to designate Antifa activists as domestic terrorists.

This comes after Cruz introduced a resolution along with Bill Cassidy (R-La.) last week calling to designate Antifa activists as domestic terrorists. The label would give law enforcement broader powers to conduct investigations of other crimes.

It remains to be seen whether Wray will indeed launch a RICO investigation of Antifa. His response was rather evasive. In addition to saying he considered Antifa an “ideology” not an organization, Wray remarked that number of smaller scale investigations were underway. He did promised to look at Sen. Cruz’s letter. Small consolation to Andy Ngo, ICE and others in the path of Antifa’s violent, coordinated, nationwide assault on freedom.