Talk of ‘Abrahamic’ Religions is an Ecumenical Farce 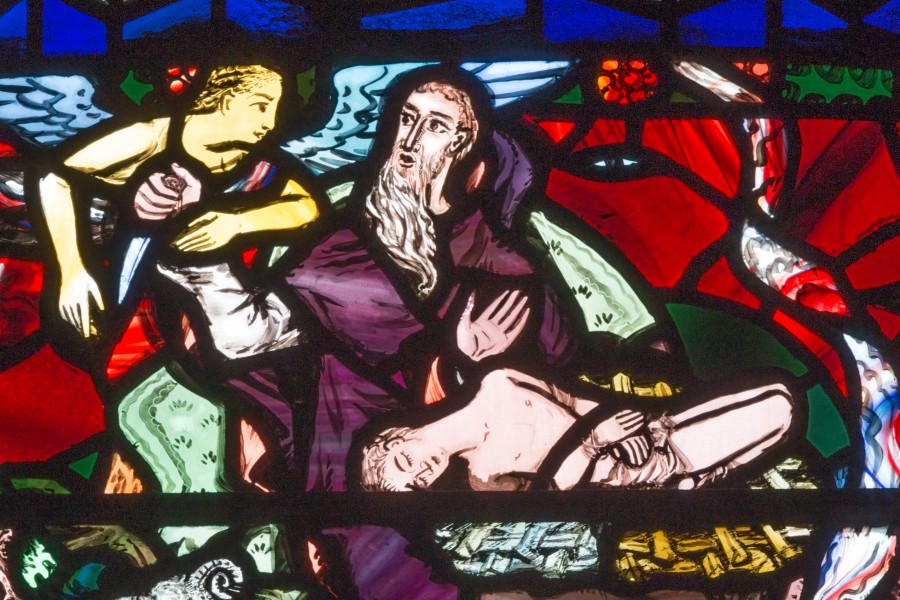 What if you had a deceased grandfather whom you venerated, and out of the blue, a stranger says: “Hey, that’s my grandpa!” Then — lest you think this stranger is somehow trying to ingratiate himself with you — he adds: “And everything you thought you knew about grandpa is wrong! Here, let me tell you what he really said and did throughout his life.”

Would that endear this stranger to you? Every proponent of the so-called “Abrahamic Faiths” apparently thinks so.

A Mish-Mash of Three Religions

I will explain, but first let’s define “Abrahamism”: because the patriarch Abraham is an important figure in Judaism, Christianity, and Islam, all three religions, according to this position, share a commonality that should bridge gaps and foster growth between them.

Pope Francis is one of the chief proponents of this view. Speaking of his recent participation at an interfaith conference in Bahrain, he said his purpose was to create “fraternal alliances” with Muslims “in the name of our Father Abraham.”

Even so, Abrahamism is hardly limited to octogenarian hierarchs; it’s entrenched in mainstream American discourse. Thus, even the Huffington Post (rather ludicrously) claims that “Muhammad clearly rejected elitism and racism and demanded that Muslims see their Abrahamic brothers and sisters as equals before God.”

In fact, Muhammad and his Allah called for perpetual war on Christians and Jews, until they either embraced Islam or lived in humbled submission to their Muslim conquerors (Koran 9:29).

That, of course, did not stop former Secretary of State John Kerry from beating on a mosque drum and calling Muslims to prayer during his visit to Indonesia — before gushing:

It has been a special honor to visit this remarkable place of worship. We are all bound to one God and the Abrahamic faiths tie us together in love for our fellow man and honor for the same God.

After a Muslim from an Oklahoma City mosque decapitated a woman, “an official from Washington D.C. flew in to Oklahoma to present a special thank you to the Muslim congregation,” lest they feel too guilty over their coreligionist’s actions. He read them a message from former President Barack Obama: “Your service is a powerful example of the powerful roots of the Abrahamic faiths and how our communities can come together with shared peace with dignity and a sense of justice.”

Needless to say, Obama himself has often spoken of “the shared Abrahamic roots of three of the world’s major religions.”

Meanwhile, few people seem to have given this Abrahamic business much thought: How is one people’s appropriation of another people’s heritage — which is precisely what Abrahamism is all about — supposed to help the two peoples get along?

For starters, Islam does not represent biblical characters the way they are presented in the Bible, the oldest book in existence that mentions them. Christians accept the Hebrew Bible, or Old Testament, as it is. They do not add, take away, or distort the accounts of the patriarchs that Jews also rely on.

Conversely, while also relying on the figures of the Old and New Testaments — primarily for the weight of antiquity and authority attached to their names — Islam completely recasts them to fit its own agendas.

One need only look to the topic at hand for proof: Abraham.

In the Muslim account, however, Abraham (Ibrahim) exemplifies the hate Muslims are obligated to have for all non-Muslims: “You have a good example in Abraham and those who followed him,” Allah informs Muslims in Koran 60:4; “for they said to their people, ‘We disown you and the idols that you worship besides Allah. We renounce you: enmity and hate shall reign between us until you believe in Allah alone.’”

In fact, Koran 60:4 is the cornerstone verse that all “radical” Muslims (from al-Qaeda to the Islamic State) cite as proof that Muslims “must be hostile to the infidel — even if he is liberal and kind to you” (to quote the revered Sheikh Ibn Taymiyya, The Al-Qaeda Reader, p. 84).

Osama bin Laden Got This

So there is an enmity, evidenced by fierce hostility, and an internal hate from the heart. And this fierce hostility — that is, battle — ceases only if the infidel submits to the authority of Islam, or if his blood is forbidden from being shed [a dhimmi], or if the Muslims are [at that point in time] weak and incapable [of spreading sharia law to the world]. But if the hate at any time extinguishes from the hearts, this is great apostasy [The Al-Qaeda Reader, p. 43].

Such is the mutilation Patriarch Abraham has undergone in Islam. No, he is not a source of commonality between Muslims on the one hand and Jews and Christians on the other. Instead, he is the chief figure to justify “enmity and hate … between us.”

Islam’s appropriation of Abraham has led to other, more concrete problems, of the sort one can expect when a stranger appears and says that the home you live in was actually bequeathed to him by your supposedly “shared” grandfather. Although the Jews claimed the Holy Land as their birthright for well over a millennium before Muhammad and Islam came along, Jerusalem is now special to Muslims partially because they also claim Abraham and other biblical figures.

As a result, statements like the following from mainline Christian groups such as the Presbyterian Church USA are common: “[PCUSA] strongly condemns the U.S. President’s [Trump’s] decision to single out Jerusalem as a Jewish capital. Jerusalem is the spiritual heart of three Abrahamic faiths … .”

Your Jesus Belongs to Us, Too

The Muslim appropriation and mutilation of revered biblical figures is a source of problems, not solutions. When, as another example, Islam’s Jesus (“Isa”) returns, he will:

It’s hard to see how this prediction of Jesus’ future offers a shared source of “commonality” for Christians and Muslims.

The secular mindset cannot comprehend beyond the surface fact that three religions claim the same figures — and so they must all eventually “be friends.” All the more shame, then, that supposed Christian leaders, such as Pope Francis, rely on such “logic.”

A Matter of Honor — Killings