Take Your Case on Electoral Fraud to the People, Mr. President 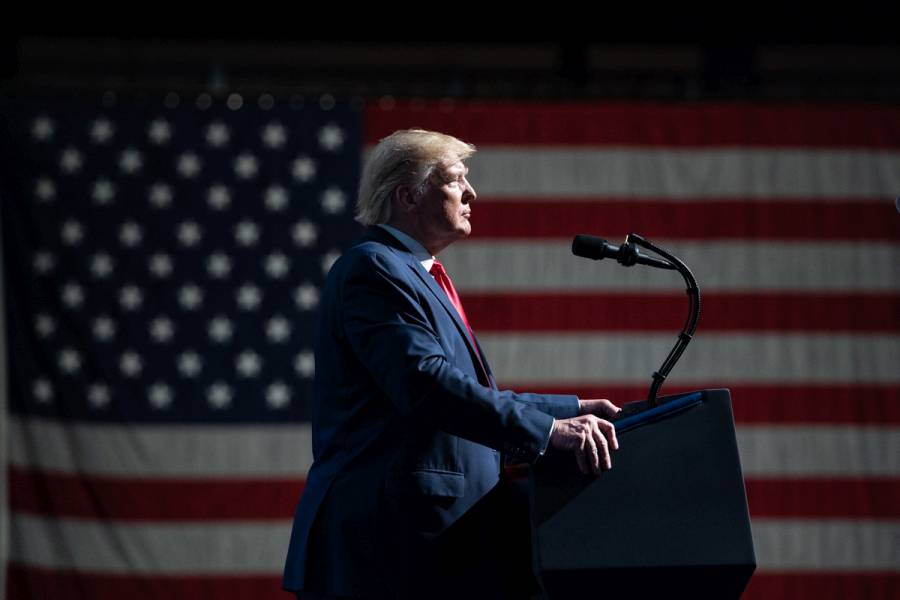 The Trump campaign’s effort to contest the results of the 2020 election enters a crucial week. Right now, the campaign, and their legal allies, await decisions on lawsuits in key battleground states as well as the results of vote audits and hand recounts in Georgia and Wisconsin.

Their legal efforts have begun to get traction in the courts. But the campaign has yet to fight the dominant media narrative. All major media outlets, including Fox News, continue to portray the Trump legal challenges as “baseless” and “unsubstantiated.”  The press, by referring to Joe Biden as “President-elect,” has also reinforced the expectation of an inevitable Biden presidency. The Trump challenges, we’re supposed to believe, are futile.

Busting The Myth of Inevitability

This myth of inevitability may already have affected judges and state legislatures. Most have hesitated to do much to remedy the massive evidence of fraud that Team Trump has found. So, if the President is to have any hope of prevailing, his campaign needs to ramp up a communications effort. This should include not only key surrogates, but also the President himself.  The campaign needs not only to make its case in court but take its case to the American people.

The President’s legal advisors may be telling him that he should hold back and let the legal process play out. In most legal cases, that would be sound advice. But this ignores the highly-charged media context with the integrity of our democratic system at stake. That’s why the campaign needs a broader strategy. As the President himself lamented on Maria Bartiromo Sunday Morning Futures, he has not yet gotten a fair hearing in the courts.

Like it or not, judges are influenced by public opinion and by the dominant media narrative.  And since election day the media have repeatedly asserted that there is no evidence of fraud, and certainly not enough to make a difference in the election.

But the president’s chances of getting a fair hearing going forward will go way up if he and his surrogates can broadcast the strongest evidence of voter and election fraud. That is because, like it or not, judges are influenced by public opinion and by the dominant media narrative. And since election day the media have asserted over and over that there is no evidence of fraud. Or at least, there’s not enough to alter the election.

Yet, as the president’s legal team knows, there’s overwhelming evidence of massive fraud. There’s more than enough to have swung most, if not all, of the six key battleground states. This includes scores of affidavits, as well as troubling statistical and procedural irregularities.

It follows that the President and his team need to present that evidence to the public. They must push back against the media myth that a Biden presidency is inevitable — and soon.

The President Must Do Rallies and Make the Case

To do that, the president needs a communications push to support his legal team’s efforts. This should start with the President himself doing rallies in Georgia, Arizona, Wisconsin and Pennsylvania. At these rallies, the president and members of his comm team should present some of the most glaring and important cases of fraud. They should also include some of the most transparent statistical oddities that demonstrate its scope.

We saw an example of this at the hearing last Wednesday in Pennsylvania. The assembled audience gasped and laughed out loud when the data analysts revealed that Joe Biden had received 570,000 votes to only 3,200 votes in a series of vote dumps or “spikes” in Biden’s vote over a 90-minute period.

The president himself has already tweeted charts of fishy spikes of Biden-only votes.  On November 18th, for instance, he presented two graphs of the early Wednesday morning vote dumps that produced huge vertical spikes in Biden’s vote in Wisconsin and Michigan. (Facebook, subservient to the press’s phony narrative, posted a disclaimer. See below).  These spikes provided a clear statistical signature of fraud — one that any reasonable person can perceive.

Look at this in Wisconsin! A day AFTER the election, Biden receives a dump of 143,379 votes at 3:42AM, when they learned he was losing badly. This is unbelievable!

The president and his team should use charts like these to convey the scope of the fraud and to show why they are still contesting the election. They should put the press and the Biden-campaign on the defensive. Ask them to explain these huge spikes in Biden-only votes. Or, explain why, for example, so many more (700,000) absentee ballots were counted in Pennsylvania than were requested or returned.

Of course, the president doesn’t need to do all this by himself. He can dispatch the best communicators in his circle such as Steve Cortez, Kayleigh McEnany, Tim Murtaugh and Jay Sekulow, Matt Braynard, Mark Meadows and perhaps Jim Jordan. They can help him make this case both at rallies and in the press.  Much of the most compelling evidence of fraud could also be presented in rallies in a short video on a Jumbotron.

In addition, the campaign should push on every unlocked door in the media to have these surrogates do interviews.  They should especially press “the big three” Sean Hannity, Laura Ingraham, and Tucker Carlson at Fox News for interviews about the evidence they have. All three have been somewhat muted about the evidence of fraud in the aftermath of the election. The campaign should challenge them not just to say conservative things about other issues, but to allow the Trump team to make their case for electoral on the air.

There is another advantage of initiating such a communications strategy. Seeing the president and his team fighting to present the evidence of fraud — in full public view — will embolden his base. That in turn will result in pressure on state legislatures to insist on honest, verifiable, hand recounts and audits. Or, absent effective legal remedies for the fraud that such audits expose, it could spur state legislative action to refuse to seat electors (or to seat slates supportive of the president).

Republicans control state legislatures in all six contested battleground states. The courageous example of leaders in the Pennsylvania legislature could become contagious if President Trump appeals directly to supporters in the battleground states to call their state senators and representatives and demand that they stop the steal.

Only 42,000 Votes in Three Crucial States

At the moment, Trump trails by a combined total of only 42,000 votes in Arizona, Wisconsin and Georgia. Honest statewide hand recounts and rigorous audits in just those three states, have already or will likely turn up more than enough fraudulent votes to flip those three states and their combined 37 (11+10+16) electoral votes.

Georgia and Wisconsin both had statistically impossible Biden-only vote spikes that by themselves exceeded Biden’s current leads — and by a lot. And right now, Biden leads in Arizona by 10,000 votes. Exposing many other irregularities could make the difference.

Those three states would put Trump at 269 without Pennsylvania and Michigan. That alone would force the election to the House of Representatives. In Pennsylvania, for its part, massive Biden-only spikes as well as over-counted mail-in absentee ballots vastly exceed the current Biden lead.

A communications effort to expose the electoral fraud in key contested states will boosts the chances — even at this late hour — of forcing serious recounts and winning key legal cases. That in turn could result in flipping one or more of the contested battleground states. This would also flip the dynamics of post-election legal contests — and just in time.

Michael Del Rosso is Vice President and Senior Fellow of the American Strategy Group, a think tank dedicated to understanding the strategic threats to the United States.