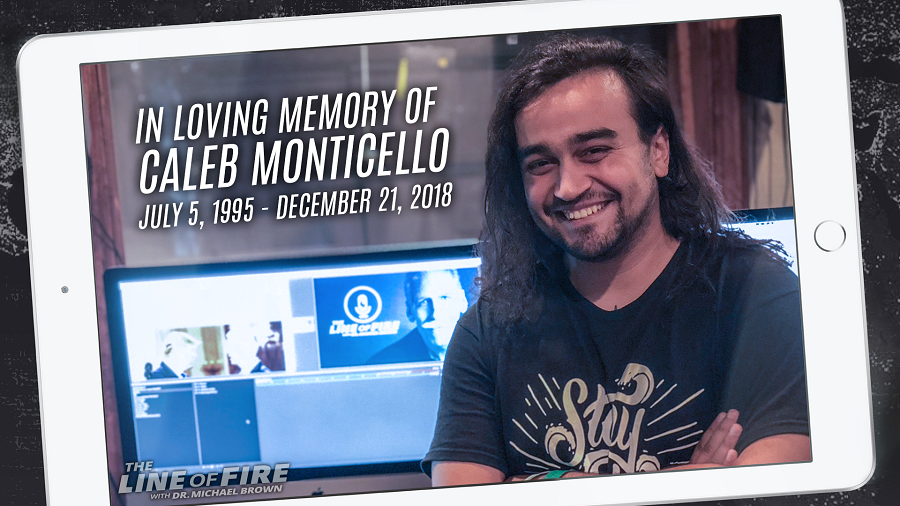 He was only 23 years old when he was taken from us, so gifted and with such a heart to serve. Who saw this coming?

He had been working on our ministry team since 2017 and was one of those tech geniuses who could figure out anything. He and I were just finishing a project where we had spent hours together, as he recorded and edited my reading for an audio book.

He always gave 110 percent, often to his own detriment, putting the needs of others first. But he realized that God had given him a unique gift, and he wanted it to count for ministry. In a short period of time, he made an incredible, lasting contribution to our work.

On Wednesday, December 12, after we finished doing a radio broadcast together, he wanted to spend some time with me. He opened up his heart and told me how important it was for him to honor the Lord in every area of life.

He also told me he looked to me as an important role model in his life, something I had not fully realized. (He was always super respectful – calling me “Dude” was just part of his vocabulary – but I had no idea of the degree that he looked up to me. It’s a reminder for all of us. People are watching us more than we know.)

We prayed together that night and our spiritual bond was strengthened. It was the most important talk we ever had, far and away the most heart to heart.

Early Friday morning, December 21, I woke up briefly and saw a text message from one of his friends who did freelance work for us in the past. It had been sent in the middle of the night, but I had not seen it until morning. It was a message to call immediately. Something urgent about Caleb.

And then the shocking news. He had made last-minute arrangements with some family and friends and was driving from North Carolina to New Jersey late Thursday night.

He never made it there, losing his life in a terrible car accident in the rain. Just 23, and gone from this world forever. Caleb!

After shedding tears and talking with the Lord, I began to inform my family and our ministry team. (Although, by God’s grace, we are very busy and productive as a ministry, our staff is small — just about 10 people — so a loss like this is felt acutely.)

Immediately, I wanted to post a tribute to him on social media. But was it premature? Had everyone been properly informed?

His friend texted me again, telling me that not all the family knew that Caleb was gone, asking me not to saying anything publicly until he gave the word.

A few hours later, there were hugs and sadness at our offices before my daily, live show, but still, not all the family had gotten word. That meant no announcement yet to the general public.

But how can you just get on the air as if nothing had changed? As if a precious young man had not been taken home, suddenly and unexpectedly? As if you must perform as usual?

So, in the opening minutes at the top and bottom of the hour, I reminded listeners and viewers that this is a busy time of the year, encouraging them to drive very carefully, especially when traveling over the Christmas holidays.

I also urged them not to take their family and friends for granted. Give them a hug. An extra hug. Tell them how much you appreciate them. Tell them how special they are.

And ask yourself if they really know how much you love them and care about them. If they don’t, be sure they do.

Later in the night, once all the family members had been contacted, I posted his tribute picture all over social media, with another burst of tears. Caleb!

Thankful, I’d Been Able to Express My Love

But thankfully, just 9 days earlier, we had had our important talk. I was able to express my love for him and my commitment to him. And he was able to share more of his heart and life with me. For that I’m grateful.

Still, recognizing afresh how fleeting life can be, I’m more determined than ever to live today in such a way that there will be no regrets tomorrow. No pangs of “if only!” No agonizing thoughts of, “I wish … .” May I encourage you to do the same?

Sometimes Caleb would work out with me, and despite me being 40 years his senior, I’d be able to push him to his limit — and beyond. And beyond his limit he would go, sometimes collapsing on the floor in a heap at the end. But he didn’t know the meaning of limitation. He only knew full throttle. That is how he lived.

At my home, I have a Bowflex adjustable dumbbell set, where you can add or remove plates from the same set rather than having numerous different dumbbells. But they sometimes get stuck.

This happened one day when we were working out, and Caleb sprang into action. He immediately analyzed the situation, figured out the mechanics, went through a process that was inexplicable to me, then, seconds later, handed me the totally fixed dumbbell.

It was then I realized how unusual his gift was (not just with computers and audio and video, but with mechanics as well). It was then I more fully understood what he had told my colleague, our producer, Matt, who had hired him in the first place: He knew the Lord had gifted him, and he wanted to use his gift for Him, for ministry, for God’s people.

He was not in this for the money (in reality, his work for us was at a bargain rate). He was here to serve.

From this week on, everything we do in our studio to reach the world will be built on what Caleb already contributed. And he will share in the reward.

Right now, though, he is enjoying the wonders of God’s presence. There’s no troubleshooting in heaven!

But here, on earth, he is sorely missed by his family and friends. Please do pray for them.

And please. Hug a loved one extra tight today. During this holiday season, make things right with friends and family that are estranged. And make sure they all know how much you love and care for them. The life we live together in this world is precious beyond words.

Caleb, we’ll all see you again before long!