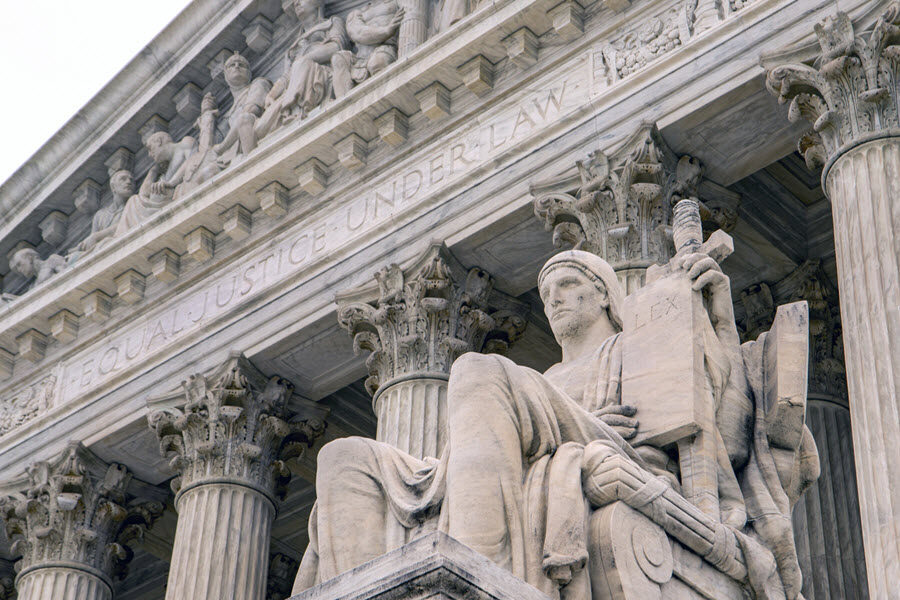 No, you didn’t misread the headline. The Court hasn’t yet issued its long-awaited decision that might overturn Roe v. Wade. But the Second Amendment decision it did just issue is every bit as important for the intertwined causes of innocent life, human dignity, and true American freedom. What’s more, the justices’ courage in flouting elite opinion stiffens our hope that they will also overturn Roe.

The court majority has shown that it cares about the actual words of our Constitution, and the real-world history of their careful application in law. We no longer have a court of would-be philosopher kings, each writing his own Utopian laws, to please his private ideology and curry favor with academia. A majority of the “nine lawyers” whom Justice Antonin Scalia feared would rule the country as an oligarchy have instead subjected themselves to the Constitution, and ruled that state legislators and Congress must do the same.

For an excellent overview of what’s in this new decision, see Margot Cleveland at The Federalist. She traces the legal developments over the past 10 years that helped rescue the Second Amendment from the status of a “second-class” privilege, and restored it as a fundamental right, guaranteed by the Constitution. Put briefly, the court has ruled against New York state (and with it, implicitly, many other states and cities) which violated the Second Amendment rights of citizens by imprisoning them for carrying concealed weapons.

Our founding documents weren’t written by atheists, or even non-committal Deists. Some 90 percent or more of the drafters and signers of the Constitution were Augustinian Christians — as scholar Mark David Hall has proven beyond any question. They believed that man was made a little lower than the angels, too noble an image of God to be treated like an animal by his government.

He also fell with Adam, so he needed some form of government as the divinely appointed avenger of crime.

But man as redeemed by Christ should never be governed by tyrants who disregard his rights, defacing the divine image he bears.

For a detailed explanation of how the Christian view of man demands gun rights for citizens, see the paper I wrote with Jason Jones and published here at The Stream: “God, Guns, and the Government.” (Soon it’s to be a book!)

A Last Defense Against Tyrants

As constitutional scholar Steven Halbrook documents in The Founders’ Second Amendment, the statesmen who drafted our Constitution and Bill of Rights disagreed on many things. One thing they were unanimous about? The need for an “armed citizenry” to stand as the back-up guarantee against the rise of tyrannical government. Over and over, the founders cited “citizens militias” (who helped give America birth — remember Lexington and Concord?) as the last defense, should every other guarantee of freedom they’d put in place fail.

It’s almost as if they had a time machine, and could look ahead to the 20th century. That’s when modern secular states would intentionally murder — not including casualties of war — 170 million peaceful civilians, as R.J. Rummel documents in Death By Government. The only thing linking those Jews, kulaks, Chinese, and Tutsis? They’d all been disarmed previously by the government.

Of course, our founders didn’t need a time machine. They’d studied history, from ancient Greece and the Roman Republic to the Middle Ages and the Renaissance. They were steeped in the recent history of England, where Stuart monarchs had tried to establish an autocratic regime — and been beaten, by armed citizens. They studied the history of France, where the kings had succeeded in crushing all opposition to their power, and viciously persecuted religious minorities.

Our founders took the text of the Second Amendment largely from the 1690 English Bill of Rights, which linked gun rights to religious freedom — because they remembered how Charles I and Charles II had tried to disarm dissenting Protestants, as a prelude to legal abuse.

You Are Not a Child of God, But a Termite

American Progressives, starting in the early 1900s with the likes of Woodrow Wilson, rejected our founders’ worldview. They waved it off as “antiquated,” and looked instead to the Social Gospel, which virtually divinized the government. (Wilson apparently believed that as U.S. president, he was the voice of the Holy Spirit, in action.) They swooned at all the “progress” possible when the State isn’t hampered by old superstitions concerning human dignity and liberty. And they got busy stripping power from citizens, local governments, even states.

To Progressives, we aren’t images of God, or even really primates. Nor mammals. We’re instead something akin to social insects, like termites. Such insects don’t revolt, don’t think for themselves, and willingly give up their lives whenever the Collective requires it. They might have soldiers among them, but these are the only creatures that will ever wield deadly force, and only at the behest of the Queen. Such insects don’t treat their larvae as sacred, or even special. The Queen can decide to eat them, and none will object.

Hive insects. That is how leftists today, and with them RINO Republicans, really see you. So of course they want you defanged, passive, unable even to defend yourself against crime. But it’s not how God made you, or how you are meant to live. Thank the Lord our Supreme Court has resoundingly affirmed that.

Now that the justices have asserted that the Constitution means what it says, let’s pray that next they rule it doesn’t mean what it doesn’t say: that it doesn’t include (somehow in invisible ink between the lines) the right of women to kill their children for sexual convenience. Stay tuned.