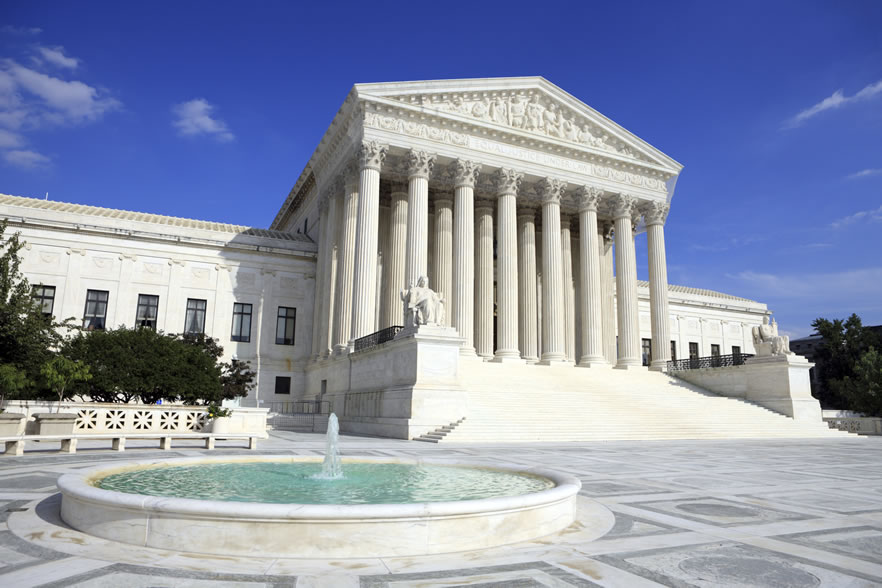 The Supreme Court is going on its regular summer break, but has already lined up a few cases to hear when it returns in the fall. And as usual, since the Supreme Court became America’s main legislator, the cases mean a lot for the future of our country.

America’s founding fathers designed the Court as an umpire. Now it rules.

The Court Will Decide

The Trump administration argues that Title VII, part of the Civil Rights Act of 1964, is not that broad. And they have a good argument. Certainly none of the legislators who voted for the act would ever have applied it to homosexual or transgender people as such.

The three plaintiffs were fired from their jobs due to their sexual orientation or transgender status. Their employers argue that the federal Religious Freedom Restoration Act protects their firing decisions.

The lower courts are divided on the issues. The three plaintiffs were fired from their jobs due to the public effects of their sexual orientation or transgender self-designations. Their employers argue that the federal Religious Freedom Restoration Act protects their firing decisions.

It’s been four years since the Supreme Court issued its infamous decision upholding same-sex marriage. The Equality Act would accomplish the same thing as the plaintiffs seek in these cases. It was reintroduced in the House earlier this year.

SCOTUS will also hear oral arguments in New York State Rifle & Pistol Association v. City of New York. The case involves a New York City law which bans taking licensed handguns out of the city. It prevents people from taking their gun with them to another residence upstate or just a road trip. They cannot take their guns to compete in events outside of the city.

The court hasn’t heard any Second Amendment cases since District of Columbia v. Heller in 2008. There, the individual right to keep and bear arms was upheld. The trial court and U.S. Court of Appeals for the Second Circuit upheld the New York City law. They justified it in the interests of “public safety.”

The Supreme Court recently deferred on whether it would accept two abortion cases out of Indiana. In the first, the state sought to bar abortions motivated by the risk of a genetic disorder. It will also require clinics to bury or cremate fetal remains. The second law reinstates a requirement that an ultrasound be performed at least 18 hours before an abortion. The court deferred action on the cases for now, but could change its mind and hear them as soon as next week.

Another abortion case the high court may soon decide to take is a Louisiana law requiring physicians who provide abortions to have admitting privileges at a nearby hospital. The justices voted to put the law on hold, which is a sign they will likely take the case.

These cases may give some insight into how the court might rule on Alabama’s brand-new abortion law. The court may likely hear that case in 2020, and could use it to to go so far as reversing Roe v. Wade.

These cases may give some insight into how the court might rule on Alabama’s brand-new abortion law. The court may likely hear that case in 2020, and could use it to to go so far as reversing Roe v. Wade.

While waiting for the next term to begin, the Supreme Court is issuing decisions on cases it heard this last term. One key case about to be decided is Maryland-National Capital Park and Planning Commission v. American Humanist Association. There, the court will decide whether a World War I monument in the shape of a cross may remain on public property.

Chief Justice John Roberts and Justice Brett Kavanaugh have proven to be swing votes on the court. They will likely decide the outcome of some of these cases. Those on the right thought they were getting solid conservatives when both were confirmed to the bench, tipping the balance of the court to the right. But that hasn’t happened, as both have decided cases siding with the left wing of the court.