‘We need to march forth for the life of our nation’ 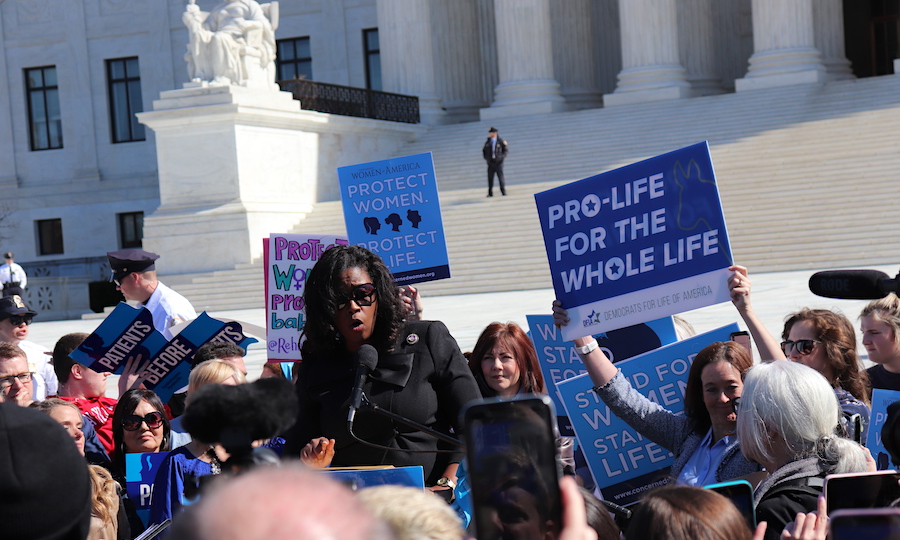 “The number one rage in this nation is whether a baby in the womb gets to live or die,” said Denny Thybault, a Missouri clergyman standing in prayer at the U.S. Supreme Court. “It’s mind-boggling, and we certainly saw that outside the court today.”

On Wednesday, opposing factions gathered at the nation’s highest court to raise their voices on June Medical Services v. Russo. The case is the Supreme Court’s first related to abortion in four years.

It concerns a Louisiana state law requiring abortion providers to have admitting privileges at a nearby hospital. The law has been challenged by providers led by June Medical Services.

“Louisiana is all about love,” said State Senator Katrina Jackson, D-La., who co-authored the law at stake. “Even when someone doesn’t agree with us, we need to protect them in their decisions.

“Especially when a billion-dollar industry makes money off of that women’s decision, we seek to hold [abortion providers] accountable.”

Conflict Inside And Outside the High Court

Pro-choice signs with mocking messages such as “Thank God for Abortion” and shrill voices of protest clashed with a different message.

“We are all of the opinion that we can accomplish nothing without prayer,” said Presbyterian minister Pat Mahoney. He was part of a coalition of faith leaders gathered from a dozen states. “So many different groups realized that prayer had to be a central foundation of our pro-life presence.”

On the left, everyone wore the same teal ball cap and waved pre-printed signs. On the right, female medical professionals in white coats mingled with students who held a variety of pro-life signs and others who prayed.

The testimony of Cindy Collins, a Louisiana woman who experienced complications following an abortion, was mentioned by several leaders. “Today is March 4th,” she said in an interview. “And we need to march forth for the life of our nation and the life of this chosen generation.”

Collins has spoken out for 35 years regarding the harms of abortion. Inside the courtroom, she heard lawyers for both sides answer questions from the nine Justices.

“[Solicitor General] Liz Murrill did a great job representing the voices of the women of Louisiana,” said Collins. “She made compelling arguments about why to protect women’s lives — especially women like me, who have been physically hurt by abortion.”

State legislator Jackson, also inside during oral arguments, noted how abortion providers have long been an exception to state regulations. 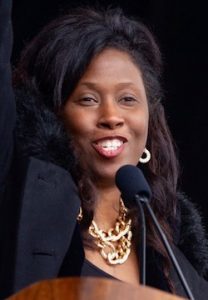 “Admitting privileges are nothing new in Louisiana,” said Jackson.

“It’s been the law since before I was born. But for some reason, someone decided to exclude abortion clinics from the best care possible. We as women will no longer do that.”

Based in the New Orleans area, Laura Aguillard has seen several abortion centers close in her decade of activism. She recounted what she has seen firsthand while standing in prayer outside clinics.

“They do not take care of these clinics,” said Aguillard. “They are disgusting and dirty — starting from the outside with basically no lighting and where drainage pipes are often clogged. I’ve seen women left at the entrance after a procedure, drugged up, lying down in pain.

She continued: “Once she reached the sidewalk, I was able to help. But no one from the clinic came to check on her. They do not care.”

Because the current case concerns health and safety standards on abortion providers, some consider it as sustaining the status quo. Collins responds to such pro-life critics.

“I would like to see abortion end completely,” she said. “But every day I am counseling women in Louisiana who are hurt by abortion. Until the day Roe v. Wade is overturned, this policy is one way to protect them.”

For Aguillard, who co-leads a church near New Orleans with her husband, the court drama was the culmination of a years-long journey.

“We have been carrying this specific law in prayer since 2014,” she said. “We’ve followed the appeals from the courts in Louisiana, to Texas, to now here at the Supreme Court. I believe the Lord is bringing this issue to the forefront, and that it’s going to bring about a redemption on all levels.”

Under the banner Protect Women, Protect Life, dozens of local and national groups organized 30 hours of continuous prayer during the court battle. Mahoney noted that evangelical, Catholic, and Pentecostal believers all took part.

“We’ve seen a beautiful sense of unity in the pro-life community and across faith traditions,” said Mahoney. “Diverse groups like Students for Life, Priests for Life, Stanton International, and Bound4LIFE — who are always out here at the court — came together to seek God in prayer.”

A #prolife medical professional and a pro-abortion activist having a conversation and seeking common ground.

It IS possible to talk to those who oppose your views. Never stop having conversations with those you disagree with! #SCOTUS #protectlife #ProtectWomen pic.twitter.com/TCJhhnA7lU

Dozens of people at the court prayed silently, wearing red tape over their mouths handwritten with the word “life.” Chapter leaders of Bound4LIFE International from Georgia, Texas, Louisiana (Aguillard), and other states led this public witness.

Natalie Brumfield, who has adopted three children with her husband Matthew, leads a chapter in Birmingham, Alabama. She answered whether the current case gives her hope.

“The outcome isn’t going to determine how I feel after it,” she said. “Rather I’m going to keep plowing in intercession, come what may. I will just lock eyes with God’s purposes and keep praying.”

A veteran of clashes over abortion, Collins believed even the timing of the case held meaning.

“Yesterday was the 50th anniversary of Roe v. Wade being filed in the Dallas courts,” she said. “Today is a new day. Fifty represents jubilee, where the debt is paid. I believe this is a wake-up call to the Body of Christ, to focus in on this issue of life.”

The nine Supreme Court Justices have now reviewed the case record and heard arguments from attorneys on both sides. On Friday, in private conference, they are expected to discuss the case and vote on its outcome. Court observers surmise their final ruling will release in June.

This summer, the high court’s opinion will likely make headlines only weeks before the two political party conventions. Mahoney and faith leaders hope this case elevates the issue of abortion higher than partisan positions.

“Human rights issues transcend political and cultural lines, and I think this case is a beautiful example of that,” he said. “This law was authored by a woman of color who is a Democrat. Then as she is discussing it today at the court, in this crowd you see some MAGA hats.

“Sometimes the pro-life movement is labeled in partisan terms, but nothing could be further from the truth.”

Explore The Stream’s coverage of human life issues, and sign up to receive top stories every week. Watch the video below to learn more about this court battle.