Support President Trump? Then Help Him Correct His Mistakes, Like Support for Red Flag Laws 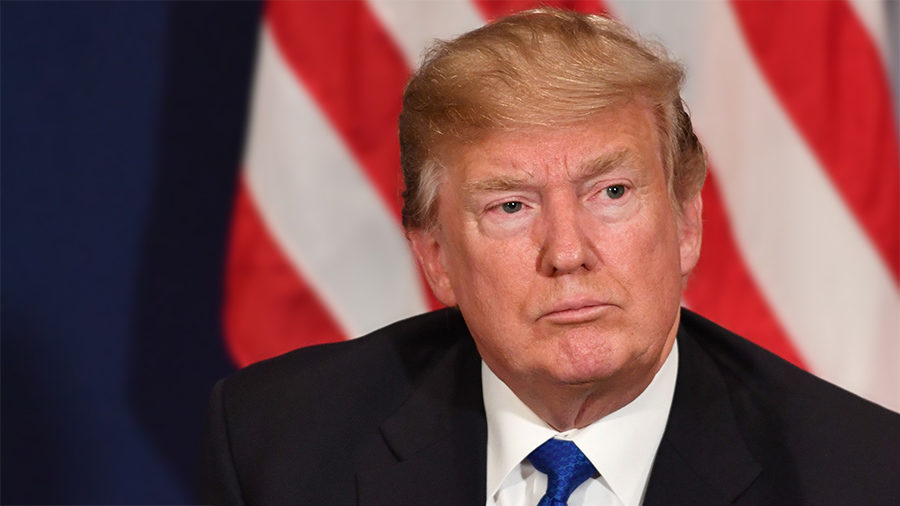 President Trump isn’t perfect. No politician is. Ronald Reagan made a few terrible calls in his long career. For instance, he backed both legal abortion and gun control as California governor. He picked his worst political enemy, George H.W. Bush, as his vice president. Then he let Bush and his allies staff most of the White House. That let them hijack the Republican party he’d just managed to capture for conservatives. It empowered the Bob Doles and John McCains of this world for a generation.

Reagan signed an immigration amnesty. It promised that in return for a one-time forgiveness, the U.S. would enforce its borders, and remove future illegals. When the Chamber of Commerce types and the restaurant industry started feeling the pinch of losing cheap, exploited illegal labor? They squealed to the Bush apparatchiks in Reagan’s administration. They got Reagan to cave. No more workplace enforcement, millions more illegal aliens, and whole states flipping from purple to blue. Now we’re coming close to a point where no conservative, pro-life president could ever win again. By sheer demographic change.

Some Criticism Is Constructive, Some Flattery Is Poisonous

Those aren’t minor criticisms. But we still venerate Reagan for all the good he accomplished. That said, we must be willing to acknowledge his mistakes. If we want this generation of Republicans not to repeat them, that is.

Even as his political enemies implode, embracing socialism, open borders, and a foreign policy of “Blame America First,” President Trump has come very close to blunders on several crucial issues.

First, it was imposing draconian regulations, by presidential fiat, on the vaping industry. He was apparently responding to media hysteria and the shrieking of a few suburban housewives whose kids used illegal vaping fluids laced with THC from marijuana. (These contained other substances that may be harmful, such as Vitamin E used to dilute THC.) Trump mulled executive orders that would have crippled an industry that is helping millions give up smoking, and thus avoid lung cancer. Thankfully, after an outcry from friends of liberty and lung health, Trump mostly corrected his course.

In 2018 and again in summer 2019, Trump flirted with an even worse idea. In fact, with the single most dangerous anti-gun policy on the market. Namely, “red flag” laws, which backers claim will keep us safe from the rare, though horrific, mass shootings that terrify some Americans. How? By letting nearly anyone contact the government and secretly report his fellow American as “dangerous,” “extreme” or “unstable.” Then the cops come and take his guns, and he must pay to fight in court to get them back.

Under Red Flag laws, the burden of proof is not on the government or your accuser. It’s on you, the gun-owner. You don’t get a free lawyer, as criminal defendants do. You must pay to fight this seizure of your property. The person who lodged a false accusation against you? He can sit back and relax. The state does his job for him, and there’s no effective penalty he faces for lying.

This might not be the time for Americans to meekly surrender their weapons to the nice men from the government. But that’s precisely what Red Flag laws would force many Americans to do. Which Americans? People who belong to any of the following groups:

With Red Flag laws, at a single stroke, the gun-grabbers who want Americans to turn into disarmed, passive subjects of coastal elites will have almost everything they want. They can’t pass laws banning guns wholesale. So they’ll outsource the job to the nosy neighbors, resentful exes, disgruntled ex-employees and frustrated stalkers out there. Those people will confiscate Americans’ guns retail, one false accusation at a time.

The Catastrophe in Virginia

After a recent, disastrous Democratic landslide in federal-employee-ridden Virginia, gun rights are again in the crosshairs. New laws proposed by the giddy Virginia Democrats would gut the Second Amendment. The worst provisions include:

For now, the “red flag” laws that Governor Northam proposed aren’t yet on the docket. They’re coming soon, be sure of that. Virginia now has a Democrat controlled state legislature that will pass the laws.

President Trump has spoken out forcefully against the current raft of laws. He has tried to reassure his base that the Second Amendment is safe on his watch. Yournews reports:

“Your 2nd Amendment is under very serious attack in the Great Commonwealth of Virginia,” Trump wrote in the post, referring to the amendment in the Bill of Rights that gives Americans the right to keep and bear firearms. “That’s what happens when you vote for Democrats, they will take your guns away.”

But We Need Concrete Action

We need more statements like that. And we need concrete action. Here are four things President Trump should do in the next 30 days to preserve our constitutional rights:

What President Trump needs to realize is that “red flag” laws are essentially Richard Jewell laws. They leave any honest citizen as vulnerable to false charges and government persecution as Richard Jewell was. He was a security guard and police officer who confiscated three pipe bombs at the 1996 Summer Olympics in Georgia, saving countless lives, but he was initially treated as a suspect. Red flag laws empower the Deep State, and undermine the constitutional presumption of innocence. Such laws make it easy for cops, prosecutors, judges, and even private citizens of ill-will to railroad innocent Americans.

You know, the way the Democrats are railroading President Trump as you read this.