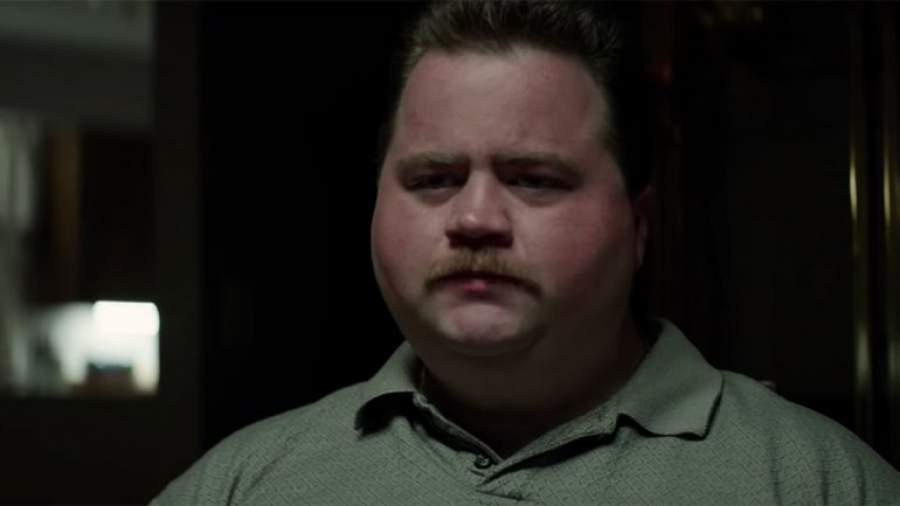 I am Richard Jewell. An overweight, white male nobody with outdated views, who still believes in America and Jesus. You might be too. Are you one of those “deplorables” who voted for President Trump? Do you still attend one of those churches that Netflix sees fit to laugh at? Do you “cling to your guns and religion” as Barack Obama scoffed, while his elite friends nodded and chuckled?

Your betters are busy in Congress trying to cancel all your votes via trumped-up impeachment charges even they don’t understand. They’re trying to make you Richard Jewell, a smear on the pavement under the wheels of an FBI drive-by. Maybe the Deep State can’t wreck your life by targeting you, as it did Carter Page, George Papadopolous, and General Mike Flynn. Or the Democrats can’t get you fired (and kicked to the curb by the Vatican), as happened to Christian marriage advocate Kim Davis.

Maybe they can’t use your memoirs of substance addiction in high school to slander their innocent enemies, as they used Mark Judge (destroying his career) to smear Brett Kavanaugh. But at least they can cancel your vote. Or try to, then rage that the Senate won’t do their bidding, complete the coup they launched on election night, 2016.

The Deep State, the media, our country’s richest corporations and leading universities, its wealthiest cities and most populous states are all colluding to make you irrelevant. More than that, to cast you as criminals — to make your support of Donald Trump equal “racism,” which equals Nazism, which equals their right to punch you in the face. To dox you, get you fired, harass your spouse and kids. But really, finally, to take your country away. To drown your backwardness in floods from impoverished countries, immigrants who will vote as they’re told to.

In case you forgot or weren’t born: Richard Jewell was the hero who discovered the bomb at the 1996 Atlanta Olympics. A mere security guard (with failed law enforcement hopes), he convinced the real cops to let him evacuate hundreds of civilians. That saved countless lives. But one victim died, and 111 were injured. And the feds couldn’t find the culprit.

So they rounded up the usual suspect: an overweight white male Christian “loner,” a gun-owning churchgoing Baptist who lived with his mama. As Steve Sailer details in his stellar review of this film, Jewell was the “Great White Defendant” that Tom Wolfe cited in The Bonfire of the Vanities. Rural, conservative churchgoing pale males were the Democrats’ villains of choice as far back as the middle 90s. And they hunted Richard Jewell as ferociously as Ahab did Moby Dick.

The System All But Destroyed Him

I found this movie wrenching. I broke down, literally sobbing, six or seven times. Now dead from a heart attack at age 44, Richard Jewell was a simple, honest, kind and hard-working man. The kind of American nobody notices, but each of us counts on. And the System all but destroyed him. Director Clint Eastwood and an excellent cast make his (literal) tragedy come to life. When the FBI tricked him into falsely incriminating himself, I couldn’t help but think of General Flynn. When it raided Jewell’s home and confiscated his weeping mother’s panties, I remembered the dawn SWAT raid on Paul Manafort’s home. And the spies, spooks, and liars who tried to crush Carter Page, George Papadopoulous, and Mike Flynn.

The Democrats don’t want the Richard Jewells of this world doing their jobs. Or voting. Or really, even existing. They certainly don’t want the next Donald Trump to step forward

I thought of Mark Basseley Youssef, the Coptic Christian whom Hillary Clinton scapegoated for the Benghazi attack. His little movie criticizing Islam was the spark, she insisted, though she knew al Qaeda had planned the assault long before, in the wake of NATO’s reckless, destructive, “humanitarian” war. Now black slaves are sold again in Libya, ISIS honeycombs the country, and Youssef lives in a homeless shelter, after being railroaded to prison as punishment for the video.

I thought of Nick Sandmann, a teenager victimized by a national lynch mob, that fantasized about assaulting him and keeping him unemployed and out of college for the crime … ? Of attending a pro-life march and wearing a MAGA hat.

Do I Want to Be Another … Donald Trump?

Don’t stand in the way of the juggernaut, my friends. Unless you have counted the cost.

In the film’s most powerful scene, Jewell finally casts off his inborn deference to law enforcement figures. Confronting the FBI agents who framed him, he demands of them: What will happen when the next rent-a-cop finds a likely bomb? Will he do his (low-wage) job and call it in, and possibly save lives? Or will he think “Do I want to be another Richard Jewell?” and just run away?

Of course, the Democrats don’t want the Richard Jewells of this world doing their jobs. Or voting. Or really, even existing. They certainly don’t want the next Donald Trump to step forward, and trash his own and his family’s lives for the sake of their country. They want to teach him and all his supporters an ugly lesson they won’t forget.

That’s what this impeachment’s all about. And absolutely nothing else.

Don’t waste two hours of your valuable time paying it the slightest attention. Instead, go see Richard Jewell, which is struggling at the box office thanks to savage, vicious reviews. It will tell you all you really need to know.