Sunny Side of The Stream: Momma Chimp Greets Her Infant Two Days After C-Section — Video 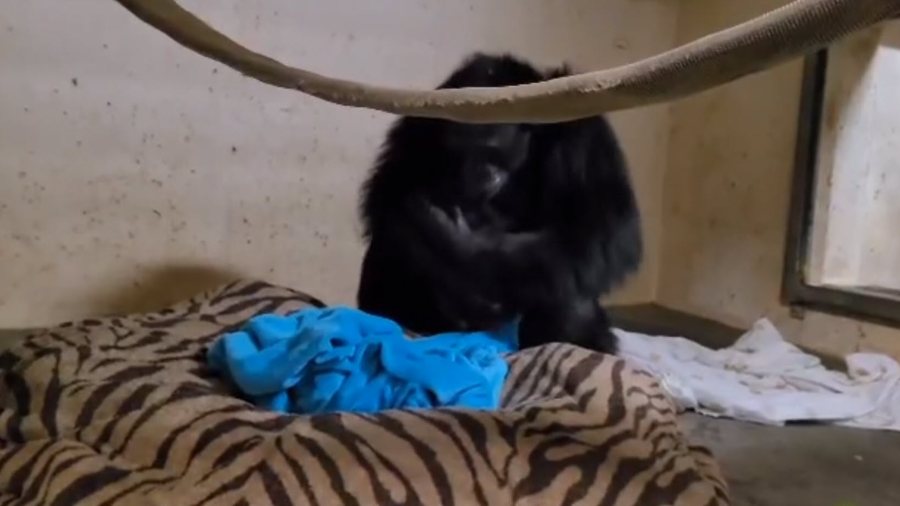 Sedgwick County Zoo, a wildlife park in Wichita, Kansas, posted a video Thursday of chimpanzee Mahale being reunited with her baby two days after giving birth via C-section. She enters a room, not realizing the baby is there, wrapped in a blanket. He lifts his hand, and she immediately rushes to him, picks him up and holds him to her chest. Facebook reports the video has been viewed almost 4 million times as of Friday evening. The zoo wrote in the video post:

After almost 2 full days, Mahale and baby were reunited this morning!
Mahale gave birth via emergency C-section after natural labor stopped progressing. Baby wasn’t breathing well on his own so he stayed in the hospital with the medical team until he could be reunited with mom.

A later update from the zoo shows Mahale nursing her infant, whom the zoo named “Kucheza (koo-CHAY-zuh).”

The Bee is Back

We're back. Let that sink in.

The Babylon Bee's Man Of The Year Is Rachel Levinehttps://t.co/mZdcXbUnmf

A win for free speech and for the recognition of the truth that we can’t change our sex.

Just picked up my girls from diving, and I hear that a man in his late fifties in the hot tub is creeping on 13-year-old girls from the dive team, commenting on their bodies.

It took me about 2 milliseconds to turn my car around. …

The father is known for wearing billboards to provoke conversation about children and gender ideology. One reads, “Children cannot consent to puberty blockers.” Another defines a dad as “a human male who protects kids from gender ideology.”

He wrote in his thread:

Just picked up my girls from diving, and I hear that a man in his late fifties in the hot tub is creeping on 13-year-old girls from the dive team, commenting on their bodies.

It took me about 2 milliseconds to turn my car around. …
My girls tell me they were told not to use the hot tub by the diving area because he was in there.

Um, why is he still in there? He won’t be for long.
I walk into the pool area and a young manager is talking to him, as he still sits in the hot tub. This is a world class facility, very busy.

A lifeguard stops me as I’m about 30 feet away from dealing with this creep myself. I’m exercising remarkable restraint.
Manager talks to me and they’re not removing him at this time but will be talking further with more senior staff.

I’m not leaving this facility with that guy sitting in that hot tub.
One of my girls’s 13-year-old friends tells me he commented on her a[**].

Okay, this guy, a regular at the pool, will not be a regular anymore. Not while I breathe.

I spoke with more staff, and they know they have a dad on their hands.
I win!

This pervert is now making the walk of shame.

Escorted out!
Dad: A human male who protects his kids from everything.

My girls should not have to even contemplate that that man will be in that hot tub again when they’re at dive practice. And they won’t.

I’ll be talking with the senior supervisor tomorrow about a permanent ban.

Update. I sent this email to the top supervisor today, and spoke with a coach tonight. He agreed with me that the response last night was weak.

Thankfully, they have now permanently banned this man from the facility!

Proud to get the W. Many more to come.

He posted a pictured of the email he sent.

Update. I sent this email to the top supervisor today, and spoke with a coach tonight. He agreed with me that the response last night was weak.

Thankfully, they have now permanently banned this man from the facility!

Proud to get the W. Many more to come. pic.twitter.com/NECXYfZgxy

Proud of this dad!

We’re a bit late, but Bessie Hendricks celebrated her 115th birthday on November 7, a local news station in Iowa reported. She’s the oldest living person in the U.S. and the 10th oldest in the world.

Never forget when Steve Irwin got bit by a snake on TV live and laughed instead of panicking, 1991 pic.twitter.com/oX3uqzsH6s

A baby lion shows off his roar. pic.twitter.com/yUKUGn1qBo

"My life really began when I became a mom" ❤️❤️ pic.twitter.com/ikLFSn2Ncd

Sunny Side of The Stream: At Age 51, a Mechanic Becomes a Doctor

Sunny Side of The Stream: 59th Anniversary of King’s ‘I Have a Dream’ Speech

Sunny Side of The Stream: 4-y-o Texas Boy’s ‘Miracle’ Recovery Aided by Community and Cattle