Sunny Side of The Stream: The Light of the Gospel Shines in Prisons 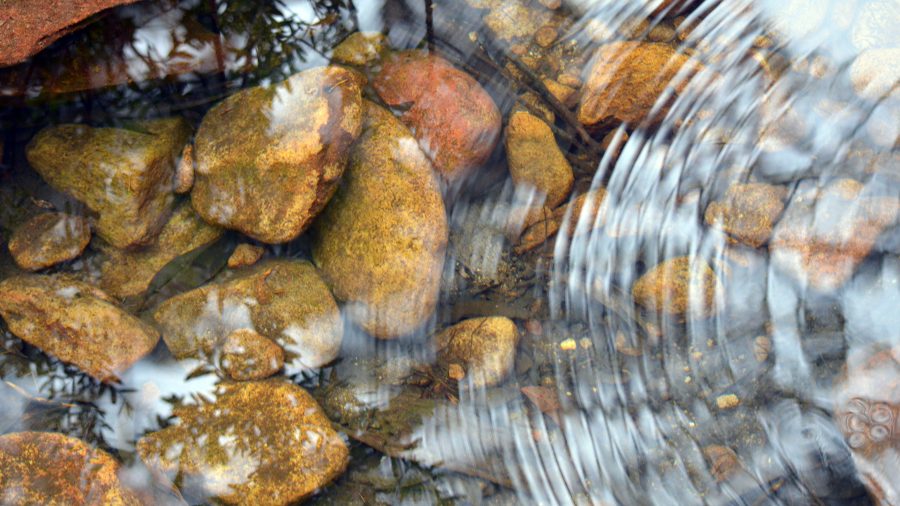 Want to hear some good news? Here’s a couple stories of God’s light in prison: One man has been released from prison and finished his probation period after being locked up for acting on Christian beliefs. Another man remains detained after three weeks for what he says was only Christian ministry. Both say they did nothing wrong and share about God using them to bless others while locked up.

The Stream’s Nancy Flory has been covering the story of Philip Zodhiates since 2016. See her coverage here. I wasn’t aware of his story until I read her most recent update: He’s now free. His story is incredible to me because he was sentenced to two years in prison for his faith, in the U.S. His faithfulness in prison and his release are encouraging.

So how does a Christian face jail in the U.S. for his Christian beliefs? No surprise: by opposing sexual perversion.

Zodhiates helped a mother named Lisa Miller escape the U.S. with her daughter, Isabella. Miller was in a civil union with a woman named Janet Jenkins when she conceived Isabella through artificial insemination. Miller than became a Christian and repented of her same-sex union.

At first, Lisa Miller and Jenkins shared custody of Isabella. Soon, Isabella began to show troubling symptoms. She wet the bed and suffered from nightmares. She also touched herself inappropriately and even threatened suicide after her visits with Jenkins. Because of this, Miller stopped sending Isabella to see Jenkins. After a legal battle, the judge awarded Jenkins full custody. Jenkins’ custody was scheduled to begin on the first day of 2010.

By the end of September, however, Lisa and Isabella were gone.

Several Mennonite Christians had helped Lisa and her daughter flee. They crossed the Rainbow Bridge from Niagara Falls, New York, to Canada in late September, 2009, on their way to Nicaragua.

That’s right: the court had given full custody of Isabella to Jenkins, who is not Isabella’s mother and who Miller indicated was abusing Isabella.

So Zodhiates helped Miller and Isabella escape the U.S. before Jenkins took full custody of Isabella. And he then served over two years hard time because of it.

But God used the time in prison. Nancy reports:

Fifteen men packed into Philip’s 7′ x 9′ cell, even though they weren’t supposed to congregate together because of COVID. The guards looked the other way. “It was a … cell block of 102 men maximum. And so approximately 10% of it were worshiping the Lord every night. Did this every night for a year.”

The other man I have been reading about who is bringing God’s light to a prison is Torben Søndergaard. I’m preparing to cover his story in depth for The Stream, so I won’t go into full detail here, but it’s encouraging stuff. CBN covered his detainment here and his persecution in his native Denmark here. Søndergaard explained at length the persecution he faced in a video and says, “We have experienced a crazy and organized persecution from many sides — a persecution that ended up with us leaving Denmark with 8 suitcases, in order to not go to jail, or lose our kids.”

I’ve looked into some of the related Danish parliamentary documents and they specifically reference him and say that casting out demons in front of minors may be considered psychological violence. More on that to come.

I’ve personally witnessed Søndergaard cast out demons, watched videos of him doing it on his ministry’s YouTube channel and done it myself with others. When the person is free, he or she feels light and unburdened, and Jesus is glorified. It’s beautiful to see a person feel blessed and changed after getting free from demons and then getting filled with the Holy Spirit. If that all sounds too foreign to be truly happening today, the best advice I can give you is to check out the YouTube channel and read the Book of Acts. I can tell you, it’s real!

Now Søndergaard is in Baker’s County Jail in Florida. After doing ministry in Mexico, the FBI accused him of gun smuggling and arrested him three weeks ago. He denies having anything to do with gun smuggling and is waiting for a bond hearing in order for him to be released. In his Facebook posts he encourages others to “serve our Lord Jesus Christ with EVERYTHING He has given you” and asks for prayer.

Søndergaard shares updates on his life in prison through those who post for him on his Facebook page. First he was in solitary confinement and wrote that being in solitary “has truly been one of the best times WITH GOD I’ve had for years!!” Then he wrote that since he has been let out of solitary, God has done “MANY beautiful things.” He baptized a man with a big cup of water over his face, cast a demon out of him, prayed over the phone and God healed the man’s sister. He’s since spent many hours teaching the man about being a disciple of Jesus. That new believer is now free and out of jail.

Praise God that jails and prisons cannot stop people from experiencing His freedom.

This week’s good news has a serious tone. Here are some adorable videos and funny memes to hopefully bring on some smiles.

This first one is like a cuteness overload. How do you fit so much adorable joy in one video?

bouncing buddies having the time of their lives
(jukin media) pic.twitter.com/5TeQrmS5CR

Not funny, but definitely, unequivocally, good. 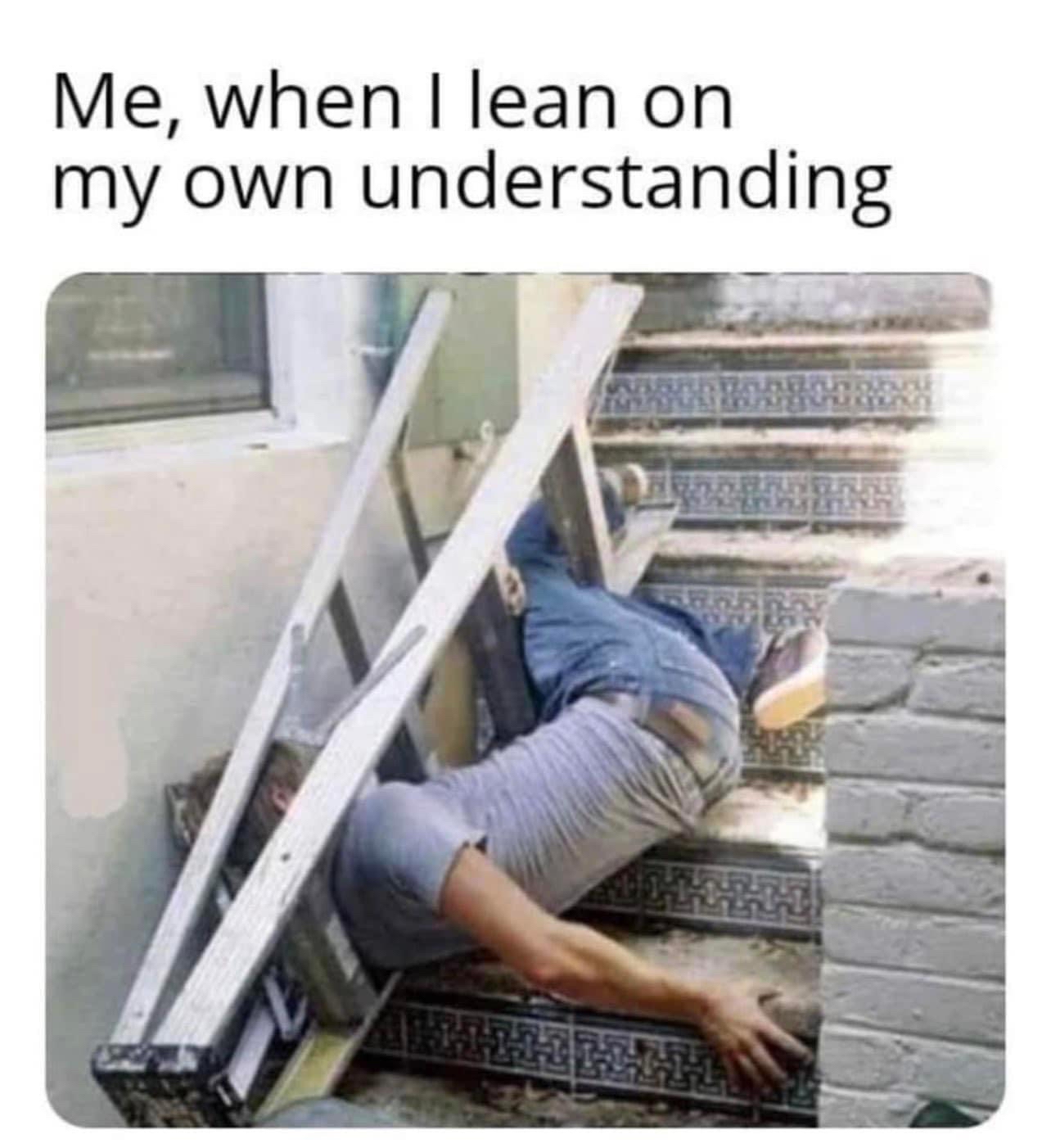 And a Bible meme: 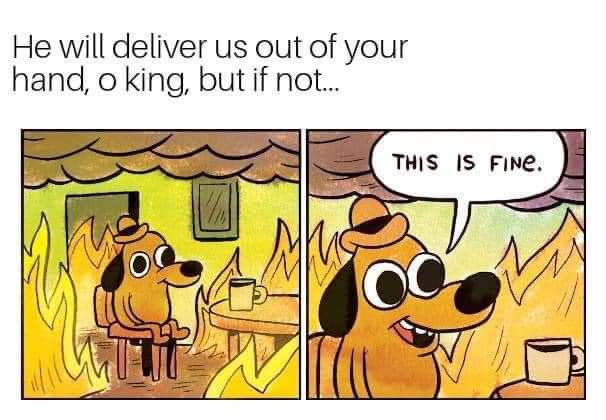 It’s not quite that hot outside, but it is hot. Hope y’all stay hydrated and have a blessed weekend.