Substitutionary Atonement: Jesus Died for Us 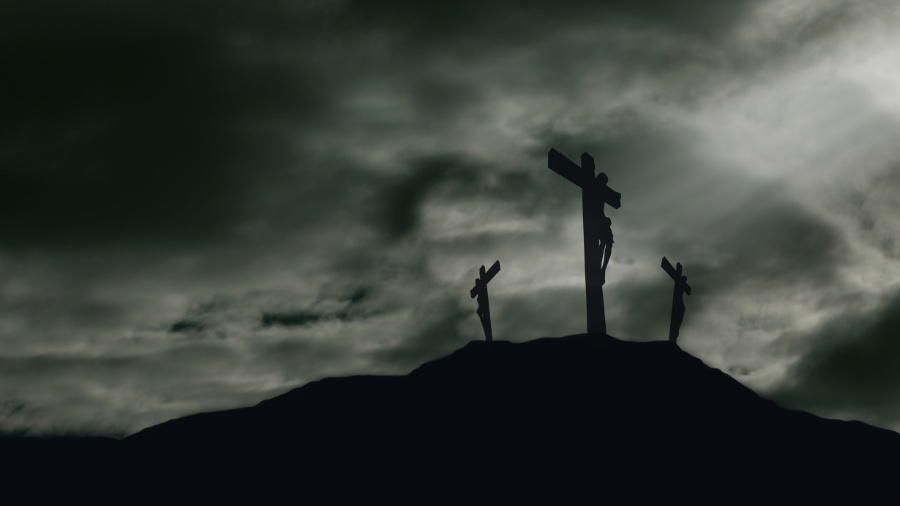 The prophet Isaiah said it so beautifully, hundreds of years before Jesus’ death: “We all, like sheep, have gone astray, each of us has turned to our own way; and the LORD has laid on him the iniquity of us all” (Isaiah 53:6). What a message!

We sinned. He died.

We deserved the punishment. He took it on Himself.

That is the meaning of the cross.

As expressed by Peter, “He Himself bore our sins in His body on the tree, so that, having died to sins, we might live for righteousness; you have been healed by His wounds. … For Christ also suffered for sins once for all, the righteous for the unrighteous, that He might bring you to God” (1 Peter 2:24; 3:18a).

Or in the words of Paul, “God demonstrates his own love for us in this: While we were still sinners, Christ died for us” (Romans 5:8).

The perfectly righteous one died for the totally unrighteous ones, taking our place on the cross. And did it all because of love.

That is God’s heart for a sinful human race. Rather than wiping us out, He sent His Son to die for us and offer us new life. That is the grace of God — a holy God who had even reason to destroy us yet chose to offer us mercy instead.

The Importance of the Shedding of Blood

As a teacher of the Jewish Scriptures, Paul understood that the heart and soul of the sacrificial system was substitution, an innocent animal dying for the guilty Israelite. As described in Lev. 17:11, it was a matter of life for life. That’s why the shedding of blood was so important (see also Heb. 9:22).

And that’s why, on the Day of Atonement, the High Priest would lay his hands on the scapegoat and confess the sins of Israel over that goat. The animal would then be sent into the wilderness, while the blood of another goat would be killed to provide expiation (meaning atonement and cleansing) for the nation.

The perfectly righteous one died for the totally unrighteous ones, taking our place on the cross. And did it all because of love.

As stated in Leviticus 16, the High Priest “is to put [the sins of Israel] on the [scape]goat’s head and send it away into the wilderness by the man appointed for the task. The goat will carry on it all their wrongdoings into a desolate land, and he will release it there” (Lev. 16:21-22).

One goat would be killed, shedding its blood to bring atonement and cleansing to the nation. The other goat would be driven out into the wilderness to symbolically carry away Israel’s sins.

The Power of Jesus’ Blood

But on the cross, Jesus literally carried our sins away and willfully shed His blood to wash us clean. And by the power of that cross and the efficacy of that blood, we can be forgiven and delivered and washed clean.

As Paul wrote to the Corinthians after listing a number of sinful behaviors and lifestyles, “And that is what some of you were. But you were washed, you were sanctified, you were justified in the name of the Lord Jesus Christ and by the Spirit of our God” (1 Corinthians 6:11).

Or as he wrote to the believers in Rome, “What the law could not do since it was limited by the flesh, God did. He condemned sin in the flesh by sending His own Son in flesh like ours under sin’s domain, and as a sin offering, in order that the law’s requirement would be accomplished in us who do not walk according to the flesh but according to the Spirit” (Romans 8:3-4).

But why did the Savior have to die such a horrific, barbaric, humiliating, degrading death? Why the cross?

It’s because His death on the cross shows us just how ugly our sins are.

It’s because the cross shows us the terrible price that must be paid for sin.

It’s because the cross shows us the extraordinary, mind-boggling, totally humbling, incredibly massive love of God.

And when Jesus rose us from the dead, He declared victory over all the powers of darkness and provided our justification and vindication. He died for us, meaning that we died with Him, so that we could also rise to new life in Him.

The Power of the Cross

That is the power of the cross. That is the reality of the resurrection. And that is why Paul could write, “Therefore, if anyone is in Christ, he is a new creation. The old has passed away; behold, the new has come” (2 Corinthians 5:17, ESV).

That’s also why John could say, “If we claim to be without sin, we deceive ourselves and the truth is not in us. If we confess our sins, he is faithful and just and will forgive us our sins and purify us from all unrighteousness. If we claim we have not sinned, we make him out to be a liar and his word is not in us.”

When Jesus rose us from the dead, He declared victory over all the powers of darkness and provided our justification and vindication. He died for us, meaning that we died with Him, so that we could also rise to new life in Him.

He continued: “My dear children, I write this to you so that you will not sin. But if anybody does sin, we have an advocate with the Father — Jesus Christ, the Righteous One. He is the atoning sacrifice for our sins, and not only for ours but also for the sins of the whole world” (1 John 1:8-2:2).

Call on the Lord Today

As one who received the Lord’s cleansing mercy and liberating grace more than 50 years ago — a mercy and grace that have been with me every day since — I urge you not to live in your sins another moment.

Jesus took your place on the cross — a place we all deserved — so that you could have a place with Him forever.

Call on Him today to save you from your sins, and let that new life begin right now.