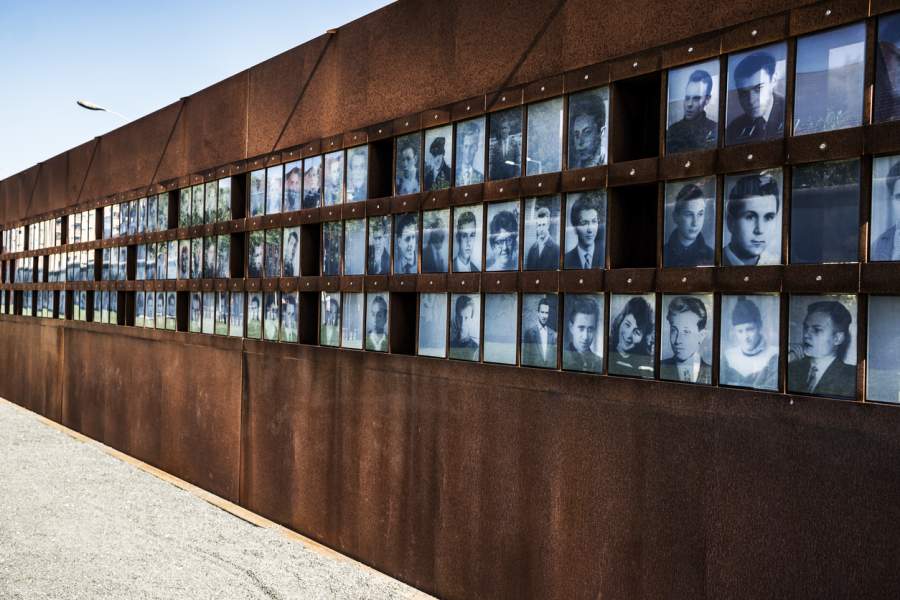 Berlin, Germany - September 7, 2013: Wall with the photographs of all those people that died trying to cross the Berlin Wall.

Our propaganda monopolies are worried.

The mainstream media have mastered a system of promoting hoaxes, like President Trump as a Russian operative. They have also grown expert at using opposition research, hearsay and outright false reporting to destroy their opponents and crush free speech. It’s no wonder they can’t stand the idea that free-thinking people have found an outlet to reach a willing public.

Substack: The First Amendment in Action

It’s called Substack. The growing four-year-old platform lets writers earn a living by publishing strictly for paying readers. No editor, no middle man, just a direct line to an audience. Journalists like Matt Taibbi and Glenn Greenwald are getting wealthy on Substack. Others like the proudly right-wing Pedro Gonzalez are saying exactly what they think and thriving on the lack of censorship by thin-skinned 22-year-olds with sexual grievance degrees.

Of course, the mainstream media are fuming. In the leftist remnant of the New Republic, Alex Shepard warned that Substack’s “lax — which is to say, nearly nonexistent — content moderation policies have also come under fire. Transphobes … have found a home at Substack. Others have used their newsletters to launch harassment campaigns against other journalists.”

By “harassment,” Shepard means that journalists like Greenwald criticize the leftist and corporate media. Today’s journalists are coddled crybabies, unused to anyone having the freedom to push back.

Pasteurizing the News for an Infantilized Readership

One criticism of Substack came from Jack Shafer, the media critic for Politico. He admits that Substack is “appealing to the heterodox writers who cover race, ethnicity, and gender.” To people who don’t want their views spiked by “a publication’s diversity committee.” But Shafer doesn’t think that readers are quite prepared for so much freedom. “Partaking of a Substack column can be like drinking cow’s milk straight from the teat instead of waiting for it to be pasteurized, homogenized and bottled by the dairyman,” Shafer mused.

I wonder why Shafer didn’t think his metaphor through, to the point of the reader placidly nursing from a baby bottle, until he drifts off to sleep.

The Man Who Exposed “Monkeyfishing”

Shafer is no advertisement for the value-add of editors. In fact, he’s the Slate editor who accepted and published one of the most embarrassing debacles in recent media history. Do you remember “monkeyfishing”? It was said to be the cruel practice of “fishing” for rhesus monkeys with poles, using apples and oranges for bait. Writer Jay Forman wrote the story for Shafer in 2001. He confessed that he himself had monkeyfished, for animals abandoned by a pharmaceutical firm, on an island in the Florida Keys. Forman even described the boat.

Readers instantly smelled a hoax. The Wall Street Journal didn’t bother to blast Shafer, but instead mocked his boss, Slate editor Michael Kinsley. The Journal said Kinsley “is a very clever fellow, but he’s always struck us as somewhat unworldly. You know what we mean — the sort of guy who has a lot of book learning but is short on street smarts. Well, it appears he has fallen for an obvious hoax.”

Slate doubled down. On June 25, 2001, Kinsley sniffed: “Despite suggestions by others that the entire episode was fiction, this excursion did take place. Contrary to allegations that no such practice ever existed, Kuczynski [a New York Times reporter who supposedly found the fisherman who supposedly took Forman fishing] also confirms that monkeyfishing occurred on other occasions before the one Forman describes.” With all the dudgeon we’ve come to expect from the MSM, Kinsley harrumphed: “[Slate] stands by our writer and his stories. ”

Six years later, two Columbia journalism students called Forman. After they grilled him a bit, he admitted it. Yeah, he’d made the whole thing up. The hoax fell apart because two students did what Shafer was apparently too lazy to. They made a phone call, and asked some difficult questions. There used to be a word for that practice. “Journalism,” I think.

Let me remind you that Shafer is now Politico’s media watchdog. And he’s worried that you, the reader, might get poisoned without editors like him to purify the output of writers.

Most of the Media Could Pass for Stasi Outlets

Substack is arriving at a crucial time for the media. As I noted in a recent article, in the last few years most media have gone from being liberal-slanted to fanatically activist. Once Trump won, they increasingly sounded like East German media, infiltrated and staffed by that regime’s secret police, the Stasi.

Remember them? Reports the Encyclopedia Britannica:

The Stasi became a highly effective secret police organization. Within East Germany it sought to infiltrate every institution of society and every aspect of daily life, including even intimate personal and familial relationships. It accomplished this goal both through its official apparatus and through a vast network of informants and unofficial collaborators (inoffizielle Mitarbeiter), who spied on and denounced colleagues, friends, neighbours, and even family members.

Does that sound a bit familiar? Something like the media-social-media complex we face today? The left-leaning Matt Taiibi thinks so.

How We Lost a Free Press While Hardly Noticing

The Sovietization of our media over just the last few years has been astounding. Even liberal journalists have complained of it. See longtime Washington Post executive editor Len Downie, in his memoir All About the Story. He writes about his deep suspicion of the Clintons and their ethics. In 1994 Downie began pursuing questions about the relationship the Clintons had with the failed Madison Guarantee Savings and Loan Association in Little Rock, Arkansas, when Bill was governor.

Downie and Hillary had a tense meeting at the White House. Clinton refused to turn over any documents related to the case. Downie would not back down. Clinton then switched the subject to the various women who were claiming to have had affairs with her husband. She meant this as a preemptive strike against their credibility. (She would also dispatch George Stephanopoulos to meet with Downie and try to kill the stories.)

After the meeting, Clinton began to spread rumors that Downie was out to get them and that he was jealous of former editor Ben Bradlee. Downie defends his coverage: “I strongly believe that we did what we should have done in holding the Clintons accountable for their behavior. Even as I write this, I believe that there remain significant unresolved questions about the veracity of both Clintons.”

The Clintons won. Downie lost, and so did journalism.

Downie’s now retired, and his former paper, with the rest of the media, has gone around the bend. As I sat near the center of the Brett Kavanaugh war of 2018, I realized that. I’d seen the great 2006 film The Lives of Others, depicting the East German Stasi’s strategy and tactics. And now I felt I was watching it again, from the victim’s point of view.

Relying on oppo research, gossip, innuendo and outright lies to skewer the right, our media don’t bother to offer even mild pushback against the left. Instead, they act as uniform activists. If men like Len Downie stand up, their colleagues unite to destroy them.

At the height of the Kavanaugh nonsense reporters chased me to the beach. While I was sleeping they went through my car. The craziest rumors peddled by criminals were published as fact.

Our editors today might think they’re reliving All the President’s Men. Instead, they’re reenacting The Lives of Others. And Substack is like a pickax we can take to their Berlin Wall.