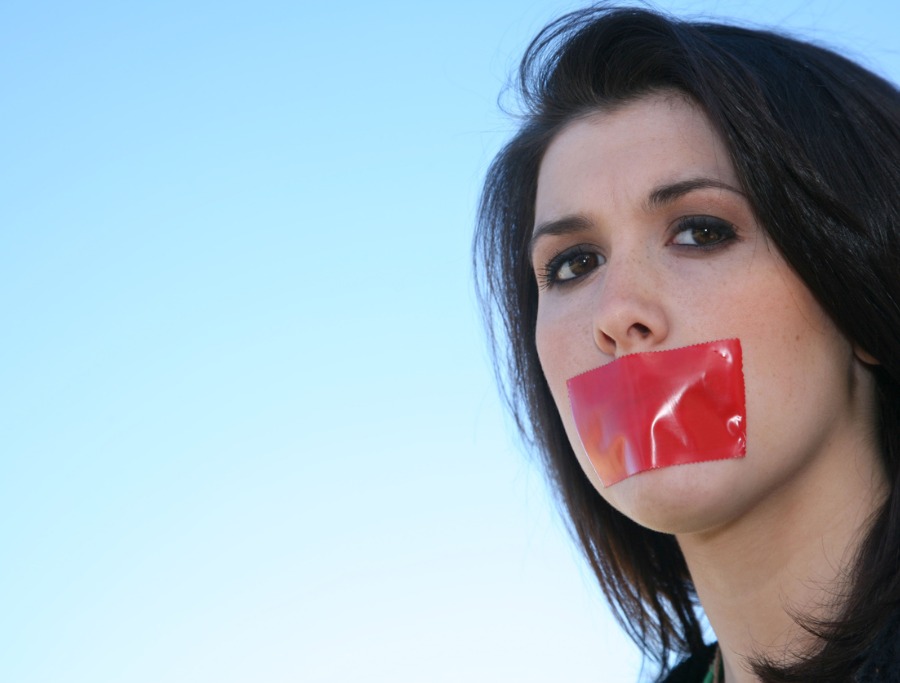 A group of high school journalists in Bossier Parish, Louisiana were told they could not mention Jesus Christ in the December edition of the school newspaper.

The cover of the Airline High School newspaper featured students placing snowflake-shaped ornaments on a Christmas tree. The ornaments were adorned with messages from students explaining what Christmas meant to them.

One of the students had written, “I love Jesus.” And that turned out to be a big problem for the school district.

“Counsel advised that an alternate photograph be used,” school officials wrote in a statement to television station KSLA.

Randy Brown, the publisher of the Bossier Press-Tribune, received an urgent telephone call from the newspaper’s advisor telling him to “stop the presses.”

“Isn’t it a shame and an unspeakable tragedy that in today’s United States of America, a student expressing ‘I Love Jesus’ on the front page of a school newspaper is seen as unacceptable,” Brown wrote in an op-ed.

Instead of replacing the “I love Jesus” Christmas ornament, the decision was made to leave the front page of the newspaper blank.

There’s an old adage that a picture is worth a thousand words. Well, so is a blank front page.

“When people see the blank front page, they’re going to ask questions,” Brown told television station KTBS. “Even our press foreman, when I gave him the column and said we’re supposed to print this blank he said, ‘What? Are you kidding? What?’”

The school district denied any involvement in the blank front page.

“The decision to run a blank cover was not that of the school or the school district,” the district’s statement read.

It turns out the bad guy here is not the local school district, Louisiana Congressman Michael Johnson said on the Todd Starnes Radio Show.

“What happened here is a great tragedy,” the congressman said on my nationally-syndicated radio show. “I blame the bad guys at the ACLU and Americans United. They bullied this school district two years ago over religious expression.”

The district’s legal counsel advised the school to remove Jesus from the newspaper as a result of a U.S. District Court order in Doe v. Bossier Parish School Board.

Over the past few years a gang of atheists, agnostics and secularists have declared war on Bossier Parish — targeting prayer boxes in school hallways, religious-themed rallies and even the logo of a Christian gym that was painted on a high school football field.

The Republican lawmaker said the school district is dealing with a hypersensitivity — “a knee-jerk reaction to anything that looks like Christianity.”

“They over-censored,” he said. They stepped beyond the boundaries of the Constitution. That’s what happened here.”

Faith and the First Amendment on Campus

Brown wrote a fiery op-ed defending the students and the Reason for the Season.

“Christianity is under attack,” he wrote. “We must stand strong together as one in all Christian faiths. As one of my favorite pastors and good friends prayed at an event that I attended a few weeks ago, it is time for the denominational walls to come down and for us to stand together as Christians.”

Johnson, who spent 20 years defending religious liberty cases prior to winning a seat in Congress, said he hopes young people in his district understand their Constitutional rights.

“There is nothing wrong with (students) living out your faith in campus,” the congressman said during an interview on the Todd Starnes Radio Show.

And the young journalists at Airline High School also have a Constitutional right to publish all the news that’s fit to print – especially the Good News.