Stricter Gun Laws Would Not Have Stopped the Florida School Shooting 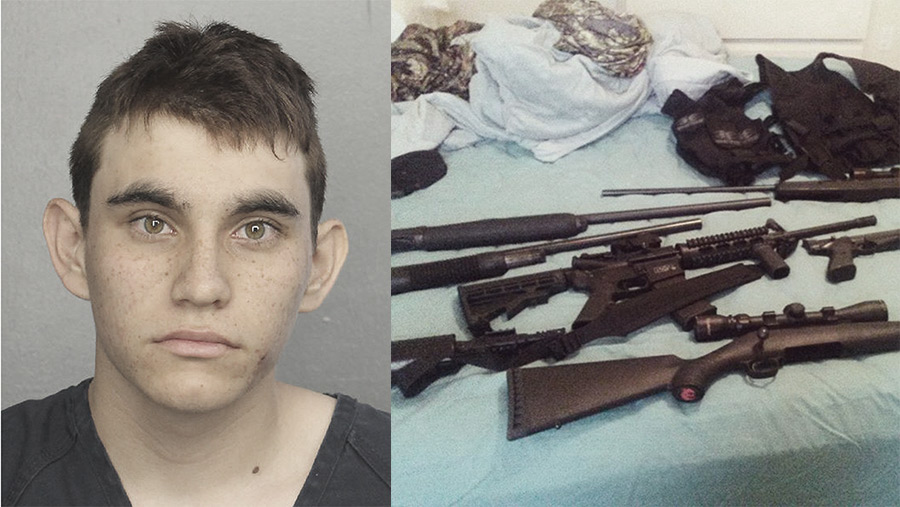 The audience at last night’s CNN “Stand Up” Town Hall had nothing but boos and jeers for anyone suggesting solutions other than new gun laws could stop the next school shooting.

For that matter, that’s all CNN itself had to offer. Colton Haab, a survivor of the Marjory Stoneman Douglas High School shooting wanted to ask about armed guards. CNN said no and handed him a “scripted question” instead. Haab refused to play along.

Perhaps he understood what serious students of the issue understand.

Plenty of laws are already in place that should have stopped Nikolas Cruz from walking into Haab’s school and killing 17 students and teachers. Gun-controllers point out that the 19-year-old Cruz legally purchased at least 10 rifles within the past year. Their answer is to make buying guns even harder.

But few if any of the laws they propose would have stopped him.

Way Too Many Warning Signs

They call for toughening up federal background checks, including expanding firearm background checks in internet sales. They also want to close the gun show “loophole,” which allows people to buy firearms from each other without conducting background checks. But nothing in Cruz’s background formally flagged him a “prohibited possessor,” a person who legally can’t have guns. He reportedly bought his guns from regular firearms dealers who ran background checks on him. (See below for reasons why he wasn’t flagged.)

Democrats want to ban assault weapons. Such a ban was tried before and rejected because it did not work. Congress passed the Federal Assault Weapons Ban in 1994. It was so ineffective that Congress did not renew it in 2004.

One reason it failed: criminals could simply use another kind of gun. If Cruz had been prohibited from purchasing an assault weapon, he still could have legally purchased a regular semi-automatic rifle, pistol or revolver. He could have done the same amount of damage with them as he did with his AR-15.

Many conservatives propose restricting guns. Even President Trump is talking that way. But their solutions would not have stopped Cruz.

Trump asked the Justice Department this week to take steps to ban “bump stocks.” (Stephen Paddock, the Las Vegas shooter, used bump stocks.) Conservative Trey Gowdy (R-SC) agreed. Bump stocks convert a semi-automatic so it fires at a faster rate and so more like an automatic. But Cruz did not use a bump stock. A law prohibiting them would not have stopped him.

Conservative David French, writing at National Review, believes one new gun control law could have stopped Cruz. He proposes a gun violence restraining order. That would have allowed Cruz’s relatives or someone living with him to petition the court to have his gun rights temporarily taken away.

But even this may not have stopped Cruz. Would those around him have done it? They sure didn’t take steps to commit him to a mental institution. As shown below, no one who knew Cruz’s problems used available programs already in place.

Second, scheming people would abuse the law and hurt others. It’s a blunt tool. This is a problem with regular restraining orders. They usually require the defendants to surrender their firearms.

Third, would the restraining order have lasted long enough? Probably not. French admits that of the 86 gun violence restraining orders granted in California in 2016, the vast majority were only ordered for 21 days.

If changes to gun laws wouldn’t have stopped Cruz, what about programs to flag possible dangers? Would French’s have worked? Probably not. The programs in place didn’t work.

Cruz has a long history of warning signs. School officials cited him in at least 41 disciplinary incidents from May 2012 to January 2017. Reasons included fighting, minor assaults, kicking doors and profane insults. The school banned him from carrying a backpack on campus after officials found bullets in his backpack. But despite the facts practically screaming “Danger! Danger!” down the hallway, the most serious action taken against Cruz was a brief transfer to an alternative school.

Cruz’s school, Marjory Stoneman Douglas High School, never reported him to law enforcement. In 2013, the Broward County School Board decided not to refer students to the police for non-violent offenses. (Read more on the deadly “Broward County Solution.”)

Social workers and mental health investigators evaluated Cruz in late 2016. He has autism, depression and ADHD. He admitted to depression and cutting himself. But the Florida Department of Children and Families released him, citing earlier decisions by counselors that he was not a threat to himself or others. (Yeah. “Huh?!”)

The FBI, the top law enforcement agency in the world, was notified about Cruz twice. Someone close to him warned the agency about his “gun ownership, desire to kill people, erratic behavior and disturbing social media posts, as well as the potential of him conducting a school shooting.” The agency failed to act.

The police had been called to the family’s home “more than 30 times in the past seven years, records show,” the Miami Herald reported. “The complaints ranged from petty domestic disputes to a time Cruz threw a vacuum cleaner at his mom.”

The FBI should have taken action after being told someone this troubled was reportedly considering shooting up a school.

The family who took Cruz in after his mother died required him to keep his firearms in a safe. But the father believes Cruz had a secret second key to the safe.

What could have been done to prevent Cruz from killing so many people? One obvious solution is to place armed security at schools. Rush Limbaugh observed that nearly every public building has armed security except schools. “For some reason, they are a gun-free zone and everybody that wants to shoot up a school knows that they are going to be the only one armed.” He also said we need concealed carry in schools.

A second obvious solution would be to let teachers arm themselves. Donald Trump campaigned on allowing teachers to arm themselves for self-defense. On October 8, 2016, The Washington Post quoted him saying, “I will get rid of gun-free zones on schools.” He mentioned it again at yesterday’s extraordinary White House “listening session.”

A third solution would be installing metal detectors in schools. That would prevent people like Cruz from bringing guns into the school buildings.

Other conservatives point to deeper problems that require deeper solutions, many beyond the reach of the law. Columnist Suzanne Venker observes that most of these school shooters are young men from fatherless homes. Cruz’s adoptive father died when he was young, and his mother had a tough time raising him. Society needs to return to emphasizing the importance of fathers in their children’s lives.

Congressional candidate Steve Lonegan (R-N.J.) says the shooting is a sign we need to return prayer to schools.

Steps We Can Take

Laws don’t deter all bad people. Many of the previous mass shooters in U.S. history broke multiple laws in order to obtain firearms. Other mass killers used other methods of lethal force such as bombs they made from materials they legally acquired.

Piling on more gun control laws that just makes it harder for law-abiding Americans to obtain firearms for self-defense or sport will not prevent these mass shootings. What would prevent them is if the people with the responsibility to protect others would do their jobs more rigorously.

People who saw the warning signs should ask themselves why they didn’t step in. The FBI should find out why agents didn’t follow up warnings about Cruz. Everyone should ask himself whether he’s doing what he can to identify and befriend vulnerable people.

Let CNN point to guns. Ultimately, we must point to ourselves.