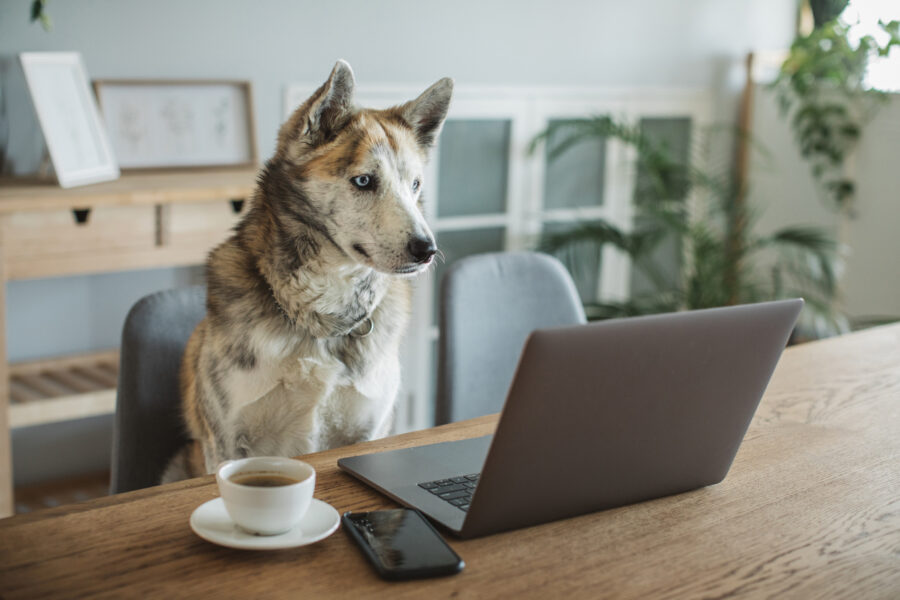 It’s midday and we’ve got a second serving of the Brew for you.

Meanwhile, let’s meet a guy whose cups runneth over with stupid.

Barack Obama’s Secretary of Education thinks if you don’t like the government forcing you to shoot a vaccine into your body you’re as bad as mass murdering Islamic jihadists.

Have you noticed how strikingly similar both the mindsets and actions are between the suicide bombers at Kabul’s airport, and the anti-mask and anti-vax people here?
They both blow themselves up, inflict harm on those around them, and are convinced they are fighting for freedom.

Forget that it’s insulting. It’s idiotic. And dare I say, utterly uneducated? (No Islamic jihadist is fighting for “freedom.”) At best, Duncan is belching pure Saul Alinski: Accuse your enemies of what you yourself are doing.

Who’s happy to see the American flag torn down and disrespected?

Who is thrilled to use violence to pursue their political agenda?

Here’s a good idea, Duncan. Why not read Timothy Furnish’s new article explaining who ISIS-K and Taliban really are? “The Last State of Afghanistan: Worse Than the First.” Maybe learn something.

Since the start of the COVID-19 crisis, Alex Berenson has been reporting facts and figures that often run contrary to the messaging of the powers that be. He has been a vocal critic of lockdowns and Big Tech censorship of research on the vaccines. Oh, he could cite their own government statistics, but never let the facts get in the way of an agenda. 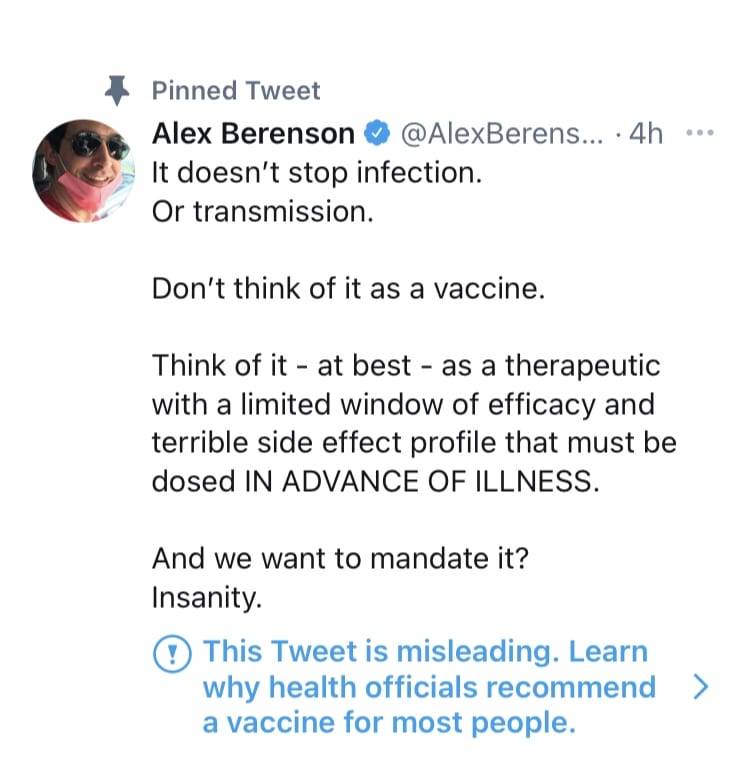 Said Berenson, “I can’t wait to see what a jury will make of this.”

Ivermectin: Why the Mocking?

I don’t know ivermectin from Ivory soap. However when an inexpensive drug with a long history of safe use is mocked and dismissed as a possible COVID treatment, and mischaracterized as only a “horse” drug, I get curious. I mean, why go to war against a drug that has been especially helpful in saving the poorest of the poor in the farthest reaches of the planet?

Just this past Friday, Sen. Rand Paul suggested American researchers are not pursuing ivermectin as a possible COVID-19 treatment for political reasons. “The hatred for Trump so deranged these people so much that they’re unwilling to objectively study it,” he told constituents Friday.

Paul, a doctor, hasn’t made up his mind about the drug for COVID, but thinks its worth a look.

The Biden FDA warned against ivermectin, in a rather juvenile tweet. “You are not a horse. You are not a cow. Seriously, y’all. Stop it.”

Doesn’t that give the impression ivermectin isn’t a drug approved for humans? Ivermectin has long been approved by that same FDA as an antiparasitic, used to “treat several neglected tropical diseases.” And it is being investigated elsewhere as a treatment for SARS-CoV-2, such as in Japan. Some Latin American countries have already approved it for COVID use.

In 2017, The Journal of Antibiotics cheered the drug in a paper titled “Ivermectin: enigmatic multifaceted ‘wonder’ drug continues to surprise and exceed expectations.” The article said the drug showed promise as an antiviral, antibacterial, even as a cancer treatment, among other things.

Is the case for ivermectin as a COVID treatment solid yet? No, let’s see what the clinical studies show. But mocking of the possibility speaks more of following an agenda than following the science.

Psaki Gets Snippy When Asked About Major’s Nipping

Emails uncovered by Judicial Watch show that First Dog Major bit Secret Service agents eight straight days. In April, Jen Psaki would only admit to one incident. Psaki was confronted about it Friday.

Obviously, that is not the world’s most important story but it is significant because we expect honest information, even for minor stories. So, can you explain to us why there was some kind of misleading account presented to us? And if we can’t get honest information about minor stories, why should we have faith in the administration’s account for larger issues like Afghanistan?

Psaki got snippy. “I know you do keep the dog in the news in the briefing room. So thank you for that.” She then refused to ‘fess up, giving some blah answer about Major having “challenges” and receiving training.