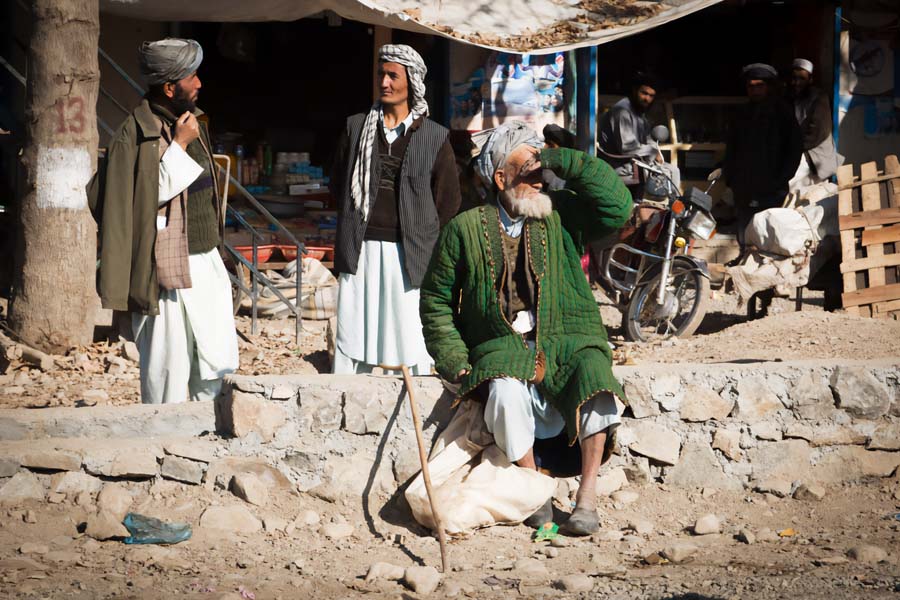 Most Americans had never heard of the Taliban until 20 years ago. Then they found out that the once, and now future, rulers of Afghanistan had hosted Usama bin Ladin while he planned 9/11. So President George W. Bush greenlit the American takeover of that country. The aim? To get America’s most wanted terrorist, and ensure his al-Qa`ida organization would never again hatch, or launch, attacks on us from there. Our military did the latter. The former took another decade, and only by taking the hunt to the country next door. Pakistan, where our alleged allies had provided UBL his own fortress of solitude.

But then massive mission creep took over. More accurately, mission stampede. By 2010 we had 100,000 troops there. Why? Because the Taliban were retaking more and more of the country. And we needed the Army and Marines to defend the kinder, gentler Afghan government we’d installed while we social engineered the country. Girls’ schools. Polling places. Roads. Strawberry plantations. Sesame Street on Afghan TV. In effect, Washington’s policy makers, both Republican and Democrat, thought they could make tribal dogs and Western cats live together. Instead, they got more mass Islamic hysteria.

A Dry and Difficult Place?

Two decades on, we are bugging out. And in shame, thanks to the Biden Administration’s incompetence. The situation in Afghanistan is now like that described by Jesus in Matthew 12:43-45. When unclean spirits are expelled from a man, they can return with even more of their ilk and make his situation even worse. The Taliban are set to do the same to that country.

While the “Afghanistan as the graveyard of empires” trope is way overused, the essential point holds. That country is full of quite stubborn and violent people. This was true before the coming of Islam, as even Alexander the Great found out.

The Unclean Spirits of Islam

By the ninth century AD, most of the area’s inhabitants were Muslim. But many belonged to that religion’s Sufi orders. Sufism is Islamic mysticism. And while Sufis can participate in jihads, they are not fundamentalists. That strain of Islam really took root there in the 19th century. That’s when the Deobandi movement began, as an Indian Muslim reaction to British rule. Aimed originally at resisting Western (Christian) assimilation, Deobandism eventually transmogrified into South Asian Islamic fundamentalism.

This brand of Islam became powerful in India, Bangladesh, Pakistan — and Afghanistan. In tandem with tribalism, it energized the locals against the British in Queen Victoria’s time. With a little help from the CIA, Deobandism empowered the 1980s mujahidin to turn Afghanistan into the USSR’s Vietnam. And thanks to American arrogance and cultural illiteracy, weaponized Deobandism in the form of the Taliban is once again sending a foreign occupier home, licking its wounds.

What we have in Afghanistan is not a failure to communicate our ideas to “medieval” foreigners. It’s an insurgency. Not just against American occupation — although it’s that. Against the entire Western order. Currently there are 68 groups on the State Department’s Foreign Terrorist Organization list. Fifty-two of them are Muslim. And 50 of those, or 96%, are insurgencies. That is, all are fighting for the same goals: More (and more stringent) Islamic laws. Expelling “infidel” occupiers (to include “heretical” Muslims). And reestablishing the caliphate.

The Taliban and Islamic State of Iraq and Syria — Khurasan are such insurgencies. (Khurasan is an old Persian word for that part of the world.) So too is al-Qa`ida. All three are also Sunni Islamic fundamentalists, although the regional wellsprings are different. South Asian, in the case of the former. Arabian Wahhabism, in the case of the latter two. But there is a huge difference between the Taliban and the others. They don’t want to export their religious regressivism anywhere else. They simply want a goat in every pot, an AK-47 over every shoulder and four covered wives in every home. Well, and a beard on every male face.

ISIS-K, whose suicide bombing in Kabul last week killed 13 American service members, has a much more expansive agenda. As, indeed, do all of ISIS’ branches. They want to destroy not just local apostate Muslim rulers, the so-called “near enemy.” They want to strike at the enabling “far enemy.” Which is the West in general, and the USA in particular. Thus, ISIS-K despises the Taliban for its “nationalistic” focus. And for the even greater sin of not trying to wipe out the 10% of Afghans who are Shi`is.

AQ shares ISIS’ long-term goals, but not all of its methodology. UBL’s successors long to replicate his fiendishly successful strike on America. But that leadership also hopes to include Shi`is in its Sunni war against the West. That, plus the competition to be deemed jihadist alpha males, puts AQ and ISIS at loggerheads, as well.

Why and How the Taliban Won

As I point out in my book on Ottoman counterinsurgency (see especially the final chapter), the US never had much hope of winning in Afghanistan. Only a fool’s hope. In order to do so, we needed to do six things:

To some extent, the US and its allies did pull off 1, 2 and even 5. We failed at 3 (Mullah Umar died of tuberculosis, not drone strike), 4 (Pakistan and even Iran kept the cash coming) and most importantly, 6. How could we possibly think that Elmo had a chance in a country where 99% of the population — yes, that includes women — favors Islamic law?!

On the other hand, the Taliban had to do only four things to win:

They did all of them. That is why the global hegemon lost, despite spending 2,400 lives and over $2 TRILLION there.

With much blood, toil, tears and sweat, Americans swept Afghan cities clear of the Taliban. But they remained in the dry peripheral places. Meanwhile, the centers’ skin-deep adoption of American secular ideas proved an empty vessel. Now the Taliban rush back to fill those parts of Afghan society, just as they took over the Presidential Palace. So the last state of that nation will be worse than the first. Pray for that country.