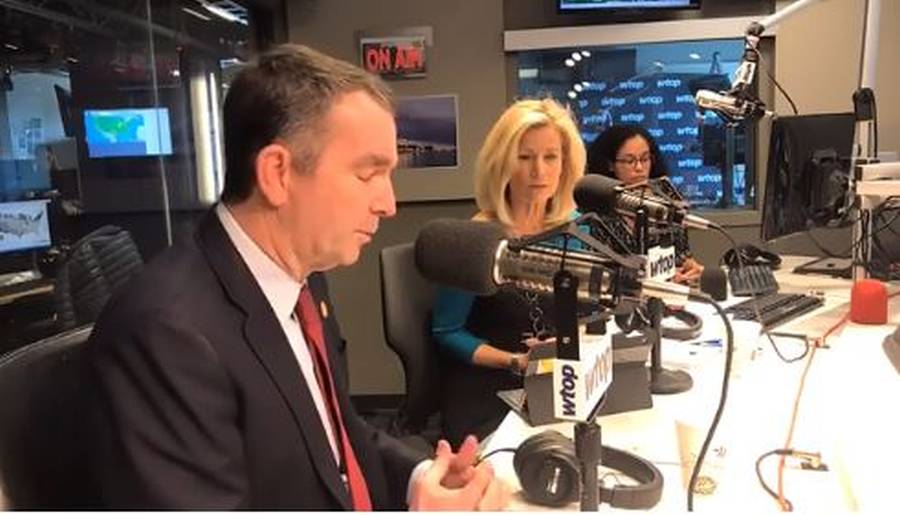 By Christopher Manion Published on December 24, 2019 •

Last February, prospects for Virginia’s Democrats looked pretty grim. First came the pictures of Governor Ralph Northam in blackface, alongside a man arrayed in full Ku Klux Klan regalia. These weren’t merely childhood photos stuck in a desk drawer, they were featured in his Medical School yearbook when he was 24.

Soon thereafter, blackface pictures of Democrat Attorney General Mark Herring also surfaced. If that weren’t bad enough, fellow Democrat Lieutenant Governor Justin Fairfax was hit with two allegations of rape and sexual assault. The accusations were far more credible than those concocted to derail the nomination of Supreme Court Justice Brett Kavanaugh, but Fairfax was a Democrat, so no problem.

Many Virginians expected all three tarnished pols to resign in shame. But the media’s high moral standards for Republicans don’t apply to Democrats. The stakes were too high. Had they resigned, Virginia’s quirky term-limits law could well have installed a Republican in the Governor’s mansion until 2025.

So Democrats toughed it out, coddled by the lapdog media. In the end, of course, nothing happened. In fact, according to the Richmond News-Leader, Justin Fairfax actually bragged that he was “very hopeful about the future.” After the rape accusations went public, he said, “”Many people a year ago would not have recognized me, now they really do.” He was even “thinking very seriously” about running for governor in 2021.

Seldom has the bias media’s noxious been so cynically exposed. Once could almost hear the laughter in the newsroom as the New York Times cheered the disappearance of the scandals. “It Just Went Poof,” gloated the paper’s April headline. Of course, the scandals evaporated because the usual suspects in the media unanimously stuck to the flip side of their mission: while they concoct and purvey “Fake News” with abandon, they exercise equal discipline in refusing to report real news.

Yes, with the rise of social media, talk radio, and the Internet, we’ve made great strides in leveling the playing field. And yes, the “Fake News” media is on life support. But it’s still powerful.

But wait – Virginia was once conservative and a strong defender of constitutional rights. What caused its descent into a permanently blue slough of despond?

Foremost among the reasons is the growth of Washington’s bureaucracy in the past twenty years. Spurred by George W. Bush’s “Big Government Conservatism” and foreign “wars for democracy,” some half a million new government workers, lobbyists, contractors, and the economy that supports them have come to Northern Virginia. While the rest of the country was stagnating, the counties of northern Virginia and southern Maryland boomed, fed by lavish federal spending. DC is now the richest region in the country. Virginia’s Loudoun County is the country’s richest jurisdiction, and Falls Church City is second. Both are far ahead of Silicon Valley.

But folks who get rich spending taxpayer money are hardly conservative. And that’s why, after the Commonwealth’s elections last month, Democrats will control Virginia’s House of Delegates, State Senate, and Governor’ mansion for the first time in 27 years. And they’re aiming to make to most of it.

A Lump Of Coal From The Blackface Band

Virginia Governor Ralph Northam is a pediatrician. When Delegate Kathy Tran introduced a state law last winter that would allow abortion until birth, Northam upped the ante. In a radio interview, he explained that, should a child be born alive after an attempted abortion, “the infant would be resuscitated if that’s what the mother and the family desired, and then a discussion would ensue between the physicians and the mother.”

The headlines should have read “Blackface Governor Supports Infanticide,” but of course they didn’t. Nonetheless, with total Democrat control, it’s quite possible that Virginia will be adopting infanticide as official commonwealth policy in 2020. (By the way, without noting the irony, Northam recently announced budget proposals to combat infant mortality!)

Northam’s left-wing agenda doesn’t stop there. He is leading a radical party that advocates banning “assault weapons,” as well as arbitrary gun-seizure measures known as “Red Flag Laws.” In the month after the November election, government meetings throughout the Commonwealth were inundated by thousands of citizens demanding that supervisors declare their counties as “gun sanctuary zones.”

Blackface Attorney General Mark Herring immediately responded, threatening to “enforce the law.” Now it’s true, Virginia Democrats are selective on just what laws to enforce. For instance, they’ve defied immigration law for years, endorsing sanctuary for illegal alien criminals in the state. But “gun control” is central the national party’s agenda of total control. So State Democrats followed up on Herring’s blast by threatening to send the Virginia National Guard to occupy sanctuary counties until their “illegal” weapons are seized.

Apparently these radical leftists are too young, or ignorant, to recall the Kent State confrontation fifty years ago in which the Ohio National Guard fired on thousands of unarmed college students demonstrating against the Vietnam War. Or perhaps they actually want violence.

Dr. Angelo Codevilla, a keen-eyed scholar of revolutions, has written that the United States is now the midst of a “cold civil war.” Do Virginia Democrats think that now’s the time to make it a hot one?