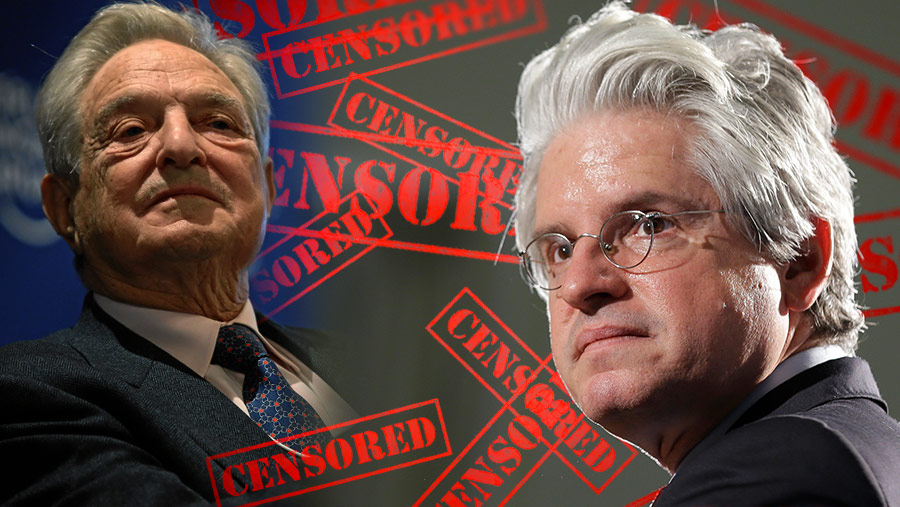 The big tech giants’ crackdown on conservatives is no coincidence. Left-wing activist and Media Matters founder David Brock outlined the strategy in a secret “Strategic Plan for Action” created for a donor retreat in January 2017.

I reported on the memo’s first effects last August. In it, Brock explains how Media Matters and three related left-wing groups intend to take down some of the most well-known leaders on the right and squelch conservative speech and policies. Brock receives funding from left-wing billionaire George Soros.

What no one realized until recently is that the plan specifically explains how it intends to stop conservatives using the big tech giants like Facebook. It refers to sites on the right as “fake news” that must be stopped.

Social media campaigns on the right will be “punished and halted.”

In the memo, Brock says, “Internet and social media platforms, like Google and Facebook, will no longer uncritically and without consequence host and enrich fake news sites and propaganda.” Social media campaigns on the right will be “punished and halted.” “The earlier we can identify a fake news story, the more effectively we can quash it.”

Brock bemoans that Trump and the right effectively used “online channels to disseminate information and misinformation and influence the media, even getting fake stories onto cable TV.” He says “the right colonized Facebook, which has established a virtual monopoly on information distribution.” Brock brags that Media Matters has “access to raw data from Facebook, Twitter, and other social media sites” so it can “systemically monitor and analyze this unfiltered data.”

Media Matters gave Facebook and Google lists of right wing sites that it deems fake news. Google complied in 2016, taking action against some of them. The sites include Breitbart, the Drudge Report, The Gateway Pundit, Infowars, Zero Hedge and Conservative Treehouse. Facebook changed its algorithm for showing news. This hurt traffic to many sites on the right.

As a result, the popular site Right Wing News shut down in January. It was unable to survive with the loss of traffic. Western Journal found that leftwing sites averaged a 2 percent increase in traffic after the algorithm change. Rightwing sites saw a 14 percent decrease.

The censoring is taking place incrementally.

The censoring is taking place incrementally. No site completely bans the right. But troublingly, big tech appears to be colluding on the censorship. Facebook, YouTube and Apple all banned Infowars and Jones within hours of each other. This does not seem to be a coincidence.

Other forms of censorship include shadowbanning by Twitter. This refers to hiding someone’s content from everyone except the person who posted it. Facebook and YouTube are demonetizing sites on the right, stopping them from making money through ads.

PragerU has had its videos censored by YouTube and Facebook. YouTube restricted 80 of its videos from youth under 18. Facebook deleted two of its videos as “hate speech.” One of the videos called for men to be masculine again.

Christian Sites in Their Sights

Christian sites are starting to encounter censorship. The Passion of the Christ website places ads on Facebook with paintings of Christ on the cross or with a cross of thorns. Facebook recently started rejecting the ads. Facebook is likely applying its ban on “shocking, sensational, disrespectful or excessively violent content.” Facebook repeatedly suspended the account of Activist Mommy for posts critical of LGBT.

These sites restrict information about guns. First, Google banned gun searches from Google Shopping. Then it banned videos from YouTube on how to put together a gun. Most recently, Google banned gun-related AdWords. Now, several Democratic senators are asking Twitter, Facebook, Microsoft, Craigslist, Google, Reddit and Yahoo to block blueprints for 3D-printed guns. Facebook has already agreed to ban sites that host the guides.

The Soros and Brock Team

Soros has had much success targeting the right in the past. His money helped lead to the dismissal of Glenn Beck from Fox News and Pat Buchanan from MSNBC. He has tipped elections against law and order candidates like former Sheriff Joe Arpaio. He caused him to lose.

Brock is a formidable partner with his relentless, aggressive style. The leftwing magazine The Nation admits, “What Brock offers is a Faustian bargain: We can win, he promises, but only if you are prepared to shed your scruples, principles and ethics and descend into a back-alley gutter fight with the right.”

Soros and Brock teaming up to silence the right on social media is a real threat.