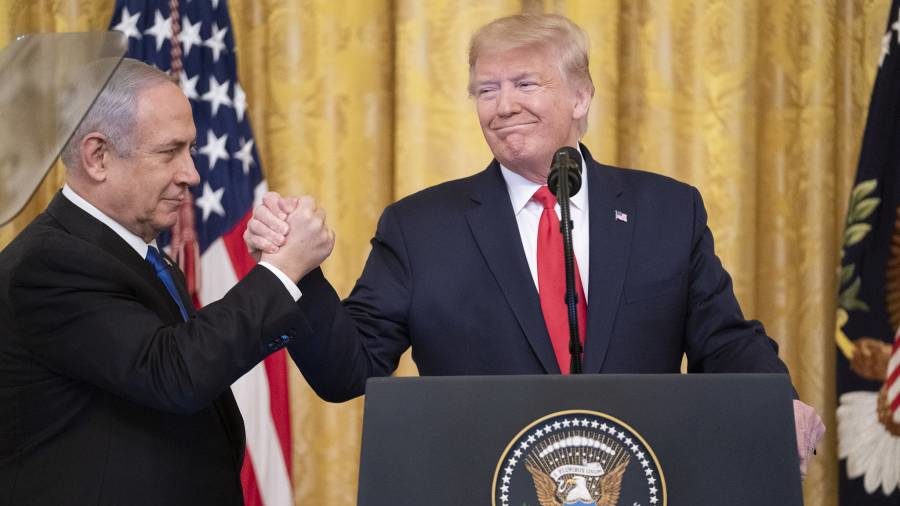 There is much to study and digest in President Trump’s just unveiled “Deal of the Century,” but allow me here to offer some immediate reflections.

First, it is true that many evangelical Christians and Messianic Jews are dead set against a two-state solution (or a divided Jerusalem) in any sense of the word. They feel that to divide the land is to defy God and His Word (see Joel 3:2; another interpretation of this verse is that it refers to nations dividing up the land between themselves for their own use).

There are also pragmatic concerns about any type of two-state solution, as argued eloquently by Caroline Glick in her book The Israeli Solution: A One-State Plan for Peace in the Middle East.

That being said, if this proposal has the enthusiastic support of Prime Minister Netanyahu, his rival General Benny Gantz, and our ambassador David Friedman, then who am I to reject it? In the words of INSS (The Institute for National Security Studies), “This is the most favorable plan for Israel ever presented by an international player.” (See here for their detailed assessment.)

Overall, I know that lasting, true peace can only come to the region through Jesus the Messiah. But if there can be temporary respites that help all the inhabitants of the region, so be it.

Second, if I understand things correctly, what the Palestinian people as a whole want more than anything is personal dignity, self-respect, the right to self-determination, and good educational and vocational opportunities for themselves and their children.

To the extent the Trump plan can make this happen, it should be embraced by the Palestinians. (Again, there is much to digest in the plan, and these are only my immediate reactions to the announcement.)

As far as the populace as a whole, I believe many would gladly embrace this. After all, they are fathers and mothers, sons and daughters, husbands and wives, young and old. They have aspirations and dreams and desires like everyone else, and to live without dignity and without hope is oppressive. The vast majority are not terrorist or terroristic.

Not only so, but realistically, with the growth of Israeli settlements in the so-called West Bank (= Judea and Samaria), there is little, realistic expectation that they will ever gain complete autonomy with a Judenfrein (Jew-free) state. So, why not embrace the proposal?

This leads me to the third and final point.

Hamas and the Palestinian Authority

There have already been bloody, civil wars between Hamas and the Palestinian Authority, and Hamas remains popular with many Palestinians. That’s because Hamas identifies with their struggle for freedom, and Hamas also does humanitarian work in their midst (speaking of Gaza, in particular). And in the minds of many Gazan Palestinians, Hamas is not the cause of their rampant unemployment and many hardships, Israel is.

To all these questions, the answer would appear to be an emphatic “No!”

That’s why, immediately after the peace plan was unveiled, PA Chairman Mahmoud Abbas said that the plan should be tossed into the trash (literally, into the dustbin of history).

And that’s why there were reports of thousands of Palestinians protesting in Gaza before the plan was even released (who even knows what version of the plan they heard?).

Yet, if the Palestinian populace as a whole could see a way forward to peace and prosperity, wouldn’t they want to achieve it? And what if the surrounding Muslim nations said, “Yes, do this and we will help you prosper as well!”? What then?

A History of Corruption

But here is the rub: the Palestinian leadership has a history of corruption. Yet the peace plan basically says this: “The state will only come into existence in four years if the Palestinians accept the plan, if the Palestinian Authority stops paying terrorists and inciting terrorism and if Hamas and Islamic Jihad put down their weapons. In addition, the American plan calls on the Palestinians to give up corruption, respect human rights, freedom of religion and a free press, so that they don’t have a failed state. If those conditions are met, the US will recognize a Palestinian state and implement a massive economic plan to assist it.”

Frankly, without massive pressure from the populace as a whole, joined by other Muslim nations, I do not see this happening. And that is the crux of the problem.

Middle East scholar Efraim Karsh wrote an important volume titled Palestine Betrayed, outlining how the Arab leadership consistently failed its people in agreeing to terms of peace and co-existence with Israel. And I would expect nothing less than that today, sad to say.

And this brings me to the famous quote attributed to Golda Meir. She said, “Peace will come when the Arabs will love their children more than they hate us.”

Doesn’t that remain the biggest issue until this day?