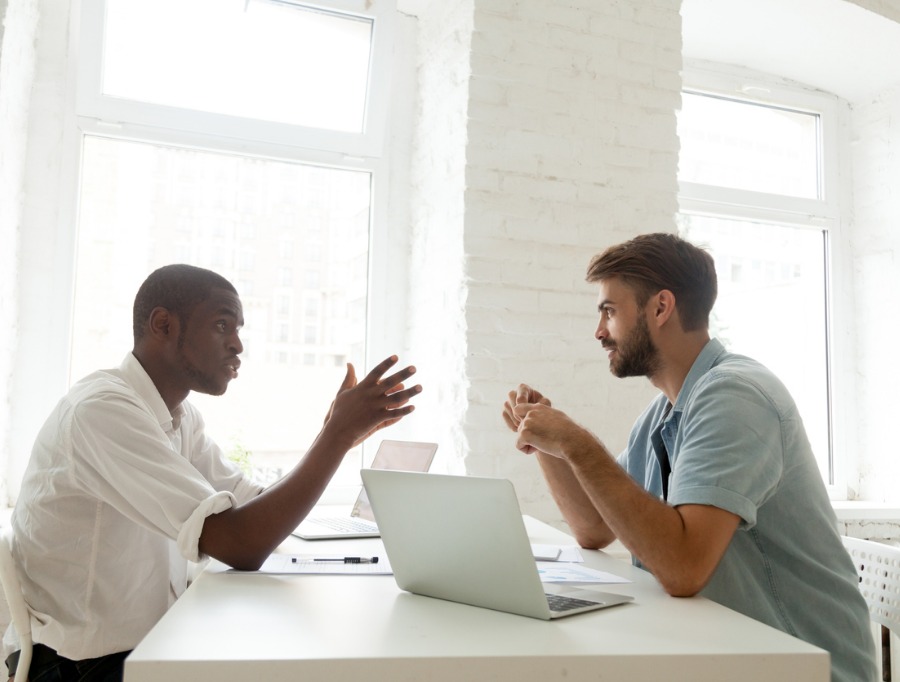 If we are to work through today’s deep divisions in America and truly confront racism where it exists, there must be a two-way conversation. Otherwise, there can be no real understanding and no lasting solutions.

To be sure, I’m all for listening before speaking. And when it comes to the question of racism, I’ve been listening and learning for years. I plan to continue to do so.

Questions on the Table

But there are some questions that need to be asked as well. So, at the risk of being misunderstood or being saddled with some label, let me put the questions on the table.

First, how do we know which black voices to listen to? The messages of people like Thomas Sowell or Walter Williams or Larry Elder or Candace Owens or Alveda King or Diamond and Silk or Taleeb Starkes are very different than the messages of the Black Lives Matters movement or liberal African Americans.

Why is it that only the liberal voices are to be heeded? Why do only those voices truly represent black Americans?

One of my friends is a conservative, African American bishop. He has been told for years that he is not black enough because of his political ideology. Skin color is somehow associated with a political position, which genuinely confuses me. Could someone explain this to me?

These are honest questions, meant to solicit honest responses rather than to antagonize.

Politico reported about a gathering of young black leaders at the White House on October 6, 2019: “In attendance were some of the hundreds of young black conservatives who came to Washington this past week as a show to liberal America that African Americans can be conservative and support Trump — that the conservative movement is not just for old white men.”

What should I make of their perspective?

I absolutely believe that, generally speaking, it is harder to be a black American than a white American. And with slavery and segregation and Jim Crow laws dominating so much of our history, it makes perfect sense that there are still wounds and inequities that remain from the past.

But has all this resulted in a victimhood mentality, which hurts people more than it helps them?

According to Starkes, “This is how too many blacks see themselves — as victims. So much so that their victim status becomes their primary identity and their ruling ideology. I call it victimology. Unfortunately, many black churches preach this ‘victimology,’ many black parents pass it on to their children, inner-city schools teach it to their students and the black media reinforce it. Meanwhile, the NAACP and other black grievance groups fundraise on it.”

Is there any truth to this observation? If there is, and if I am to love my neighbor as myself as a follower of Jesus, am I allowed to raise this issue? (Again, these are honest questions, not facetious ones. To doubt me is to judge me wrongly.)

Third, what do we do when the best research that we see presents a very different perspective than the one we hear on TV day and night?

When it comes to the death of George Floyd, there was instantaneous, national outrage, from the streets to the White House. And as a result of that tragedy, there has been an increased awareness of police brutality and unequal treatment.

Even in the halls of Congress, Senator Lindsey Graham was able to contrast his experience with the police with that of Senator Tim Scott. As Graham himself noted, “Every black man in America ‘feels threatened’ when stopped by cops.”

I also understand that black Americans are not downplaying black on black violence. But there is special outrage is when someone who is supposed to be enforcing the law breaks the law. This outrage is compounded when the legal system doesn’t do its job.

Already in 2014, Ta-Nehisi Coates penned an article in The Atlantic titled, “Black People Are Not Ignoring ‘Black on Black’ Crime.”

He wrote, “It’s almost as if Stop The Violence never happened, or The Interruptors never happened, or Kendrick Lamar never happened. The call issued by Erica Ford at the end of this Do The Right Thing retrospective is so common as to be ritual. It is not ‘black on black crime’ that is background noise in America, but the pleas of black people.”

So, again, I’m not downplaying the testimonies of countless black Americans. I’m just asking what to do with information like this, from a respected researcher like Heather Mac Donald.

The police fatally shot nine unarmed blacks and 19 unarmed whites in 2019, according to a Washington Post database, down from 38 and 32, respectively, in 2015. The Post defines ‘unarmed’ broadly to include such cases as a suspect in Newark, N.J., who had a loaded handgun in his car during a police chase. In 2018 there were 7,407 black homicide victims. Assuming a comparable number of victims last year, those nine unarmed black victims of police shootings represent 0.1% of all African-Americans killed in 2019. By contrast, a police officer is 18½ times more likely to be killed by a black male than an unarmed black male is to be killed by a police officer.”

How should we process this information? And, since every life is precious, what can we do to address these troubling statistics?

Fourth, what is the root cause of fatherlessness in the black community? According to African American leader Jack Brewer (and with reference to fatherless homes), “If you wonder why black crime rates are so high, go spend some time in our inner cities to learn about the real issues facing young black men. This is the very definition of systematic racism and oppression.”

He added, “It’s time for us all to put an end to the divisive narratives and open our hearts to do something about the issues at hand.”

What are some of the things that we can do?

The Sin of Collective Guilt

Fifth, do you understand how the concept of “collective guilt” can be off-putting to many white Americans, not because it is painful but because it is without ethical foundation?

I intentionally mentioned my Jewish heritage in the title of this article for two reasons. One is that Jews are frequently victims of racial hatred and have suffered an endless stream of atrocities in nation after nation for millennia. Some of the recent riots even targeted synagogues for vandalism and attack. One headline announced that, “Rioting in Los Angeles was an anti-Jewish pogrom.” So, Jews in America have their own stories to tell.

The other reason for bringing up my Jewishness is to note that my father’s parents were immigrants from Russia, with many social and financial obstacles to overcome. As for my mother, she arrived here from England at a young age as a virtual orphan to be raised by relatives.

I’ve also shared before that my second organ teacher was a black man married to a white woman, and they would eat dinner at our home. They had lost friends and family members over their interracial marriage, which shocked and grieved my father. (This was in New York in the early to mid-1960s.) So, my upbringing was anything but racist, and my life has been anything but racist over the decades. For what, then, am I supposed to feel guilty?

I’ve also traveled outside of America about 200 times (including 27 times to India alone), working in multicultural settings on a regular basis. And I’ve worked with black Christian colleagues in America to address the massive loss of black lives in the womb. (Oh wait. Am I virtue signaling here?)

Can we, then, sit down as friends and colleagues and co-workers without using super-charged, unhelpful concepts?

If you speak the truth to me, no matter how painful it might be, you will not offend me. But if we can avoid offending each other unnecessarily, we can work together for a better future.

I look forward to hearing your thoughts.