Socialists Hope to Sneak Us Back Into Eden, Avoiding the Cross

Why socialists can never really be Christian, or even pro-life, in the long run. 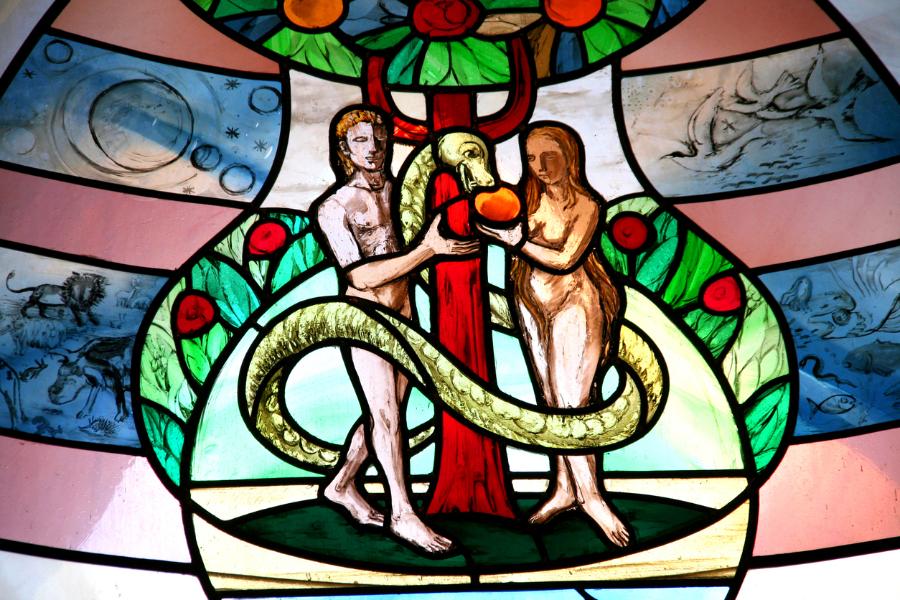 I have spent much of my life reading long books about politics. But I do that partly for pleasure, and partly because I am not a genius. I must ploddingly follow the bread crumb trails of the learned, and let them work out for me the answers to questions that seem to me (like other thoughtful, ordinary men) bedeviled and complex.

A true philosopher, someone with natural genius for the subject, wouldn’t need such tedious exercise, any more than Mozart needed to spend long hours sweating out scales on the piano. From age four he was a prodigy, and before his voice even cracked he was dashing off melodies that left his elders speechless.

Beauty in music, as elsewhere, emerges from simple insights, so blunt as to prove fundamental. The same is true in politics, which is an art and not a science. A man of genuine wisdom could, given time, answer every political question that arises from just three books. Understanding these three correctly, he wouldn’t need to write a fourth one. A thinker who sees down to their essence will make no serious errors ever again.

The Only Three Books You’ll Ever Need

The books I have in mind, it won’t surprise you, were authored by God. They are misread by man, with catastrophic consequences, just as the most powerful elements found in nature can yield either life or death. Oxygen feeds our lungs, and burns our homes. Carbon builds up our limbs, and our toxic car exhaust. Rustic little hydrogen fusing into the helium that fills up party balloons yields us our sunlight … and thermonuclear missiles.

Give me Genesis, the Passion narrative, and Revelation, and I don’t need any other books. Or wouldn’t, if I were a genius. A genius with grace from God sufficient to render him humble could resolve all political questions wisely by deduction from those three books. A long list of proud, evil geniuses over the ages have distilled from these books great poisons, quoting scripture like Satan in the desert to tempt the best of us.

The Warm, Beckoning Home of Socialism

Let me offer just one example: the question of socialism. We can understand from studying Genesis, the Passion, and Revelation why socialism appeals immediately and deeply to the best human instincts. Those of us prone to empathy, who feel in their own flesh the suffering of others, are drawn to socialism like honeybees to orchids.

The flame of outrage and grievance at the sheer mass of human suffering lights the way down a garden path to a welcoming home, where hunger and envy and hierarchy all melt away in the warm embrace of equal, abundant plenty. Socialism is the magic castle, the house made of tasty gingerbread, the “happily ever after” that ends every fairy tale.

So Why All the Gulags and Famines?

Why is socialism also the motive for genocides, then? And the taproot of savage tyrannies, complete with secret police, intentional famines, vast gulags full of famished slave laborers breathing tainted air and listening to outrageous lies blared at them from bullhorns? Why have socialist countries always been the first to license abortion (Soviet Russia, 1920)? Why do socialist regimes seek to dismantle the family, as those architects of socialism Marx and Engels urged them to do, along with private property and religion? Why did China impose the One Child Policy, killing some 400 million unborn children? Why are the worst abortion laws on earth those in China and North Korea?

Here again, the most powerful things can give life or deal out death. And socialism is a profound and powerful answer to the central question of fallen human existence: the brute reality of scarcity and suffering. It’s sad to me, tragic in fact, that it’s a false answer.

Many thousands of the most high-minded idealists in history hitched their hopes for compassion, justice, and prosperity to socialism’s star. So blind was their faith, so desperate their hope, so obsessive their love, that they willfully blinded themselves to the evidence. Because the closer and closer it got, the more obvious it became that they were venerating the Death Star.

In the Sweat of Your Brow

A wise reader of Genesis would have seen this in advance. He would know from that book’s simple statements that suffering and scarcity will (like the poor) be always with us. They are part of our fallen condition. Because our first ancestors (if you lack the faith to call them Adam and Eve then think of them if you must as a pair of cave people) were offered Paradise.

The price was simple obedience, and they considered it too high. Because they ate of the Tree of Knowledge they were denied the Tree of Life, and an archangel with a fiery sword forever guarded the Garden’s entrance against them. From then on they’d earn their bread in the sweat of their brows, and the soil would yield them thorns.

The only path back to human happiness is a long one. It leads us to the New Jerusalem one day, but only via the Cross. It demands that we shoulder our own and follow the bloodied footprints of a scourged and crucified Savior. It doesn’t offer us neat, theoretical formulas that will abolish poverty and suffering. Instead it demands that we care for the poor and tend the wounded.

There Was No Real Need for Jesus

The socialist philosopher reads this story, from Genesis through the Passion to the Apocalypse … and smiles. He sees that Christianity has all been a mistake. There was no need, really, for Adam and Eve to enter exile. Nor for Jesus to walk among us, then suffer and die. And there’s no need to wait for God’s good time to dry every tear and establish a new heaven and earth, after smashing the old one.

Because he can beat the System. He has spotted a vulnerability in the security fence surrounding Eden. By his keen study of history and grasp of economics, he has found the antidote to evil in history, the panacea for scarcity, the Yellow Brick Road that bypasses the Cross. The Tree of Life is waiting for us, but fortune favors the bold.

There’s only a small price to pay for all this knowledge that offers power. We must make a simple sacrifice, put some offering on the altar. We must be willing to burn in a holocaust the whole of human nature as we’ve known it. Because it’s tainted with sin and suffering, and cannot be redeemed. Left to themselves, human beings are selfish and competitive. They care more for their own children than those of perfect strangers. They cling to superstitions such as honor, tradition, and chastity. They insist on praying uselessly to invisible, fictitious entities such as … crucified carpenters.

Too many ignorant souls insist on believing that men are mammals, inherently social but rebellious and keen on freedom. Those of us acquainted with the science of socialism know better. We know that human happiness lies instead in embracing our nature. We are hive insects like termites, ants, or bees. We can only truly thrive in peace, plenty, and order when we admit that. When we turn over the fruits of our labor, our freedom to breed, and our restless free will to the higher good of the Colony — when we live and die for the Queen.

For more reflections on historical ideologies as shortcuts to sneak back into Eden, see this essay.