Socialism Foiled: The Forgotten Story of the German Economic ‘Miracle’ 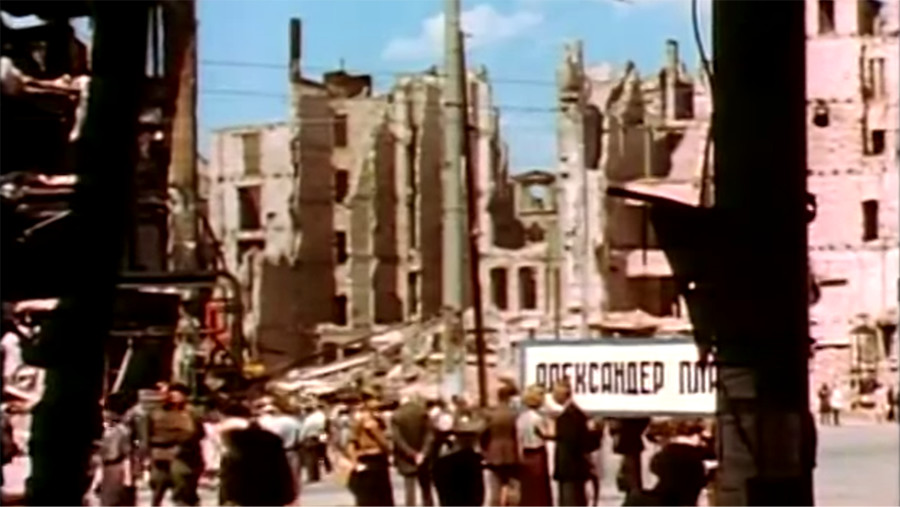 Given many Americans’ apparent enthusiasm for socialism today, it’s hard not to conclude that we live in an age in which millions know little about history or aren’t inclined to learn from it.

There are lessons to be learned from the collapse of command economies in Central-Eastern Europe in 1989, Argentina’s economic disintegration throughout the twentieth century, and the present-day implosion of “twenty-first century socialism” in Venezuela. We can also learn from cases in which countries abandoned planned economies and saved their societies from economic misery. One important but often forgotten example of such a transformation is West Germany’s turn to free markets in 1948.

The Socialism of National Socialism

The National Socialist regime’s crimes against humanity, especially its attempt to exterminate the Jewish people, are well-known today. Fewer, however, recognize that the Nazi movement also embraced some indisputably socialist ideas. The 25 point program adopted by the Nazis in 1920, for example, demanded the nationalization of key industries and the expansion of old-age welfare. Nazi leaders also used consistently negative language about capitalism, which they invariably portrayed as being controlled by “Jewish bankers.”

Adolf Hitler’s own economic views are best described as eclectic. While proclaiming that “we are socialists” and that “we are enemies of today’s capitalistic economic system,” Hitler stressed on other occasions that the destruction of private property was a mistake. What is clear, however, is that he believed that the economy, like everything else, was subordinate to the demands of a totalitarian state.

In practice, the Nazis’ economic policies were an amalgam of protectionism, quasi-Keynesian stimulus programs, heavy spending on arms production, generous subsidies for agriculture and small businesses, and close relationships between the state and industries considered vital for a strong military, such as the iron and coal industries. To the extent that a common theme characterized these policies, it was one of economic nationalism.

It was not a great leap from such ideas to the more widespread collectivization of the German economy which unfolded haphazardly during World War II. Hitler was reluctant to move the economy onto a full-scale war footing, not least because this would have meant admitting the fearsome odds facing Germany as it simultaneously fought the British Empire, the USSR and America. But as time passed, price controls and rationing were introduced and expanded, income tax raised, and private businesses lost more and more of their freedom as they became increasingly integrated into the German war machine. By 1944, almost 25 percent of Germany’s workforce consisted of slave labor, primarily concentration camp inmates and forced laborers from conquered territories.

After Germany surrendered in 1945, it was divided into four occupation zones controlled by the USSR, Britain, the United States, and France. In the Soviet zone that would eventually become the German Democratic Republic, the Russians and German Communists swiftly shifted the economy towards collectivism. In the Western zones, the Allied powers did little to change the economic conditions which had prevailed under the Nazis. Price controls were maintained, as was the near-worthless Reichsmark — the inflated currency of the Nazi regime. Official prices and wages consequently did not reflect the true state of supply and demand. As a result, over 50 percent of the economy was located in the black market, economic growth was nonexistent, large segments of the workforce were unemployed or underemployed, and many Germans went short of essentials. Cigarettes, rather than Reichmarks, were many Germans’ preferred currency.

One reason for this situation was the fact that Keynesian and New Deal ideas dominated the Occupation authorities’ economic outlook. The German Social Democrats and portions of the emerging Christian Democratic movement were also committed to more-or-less socialist ideas. This created a significant body of opinion in favor of retaining and extending many of the economic policies established or expanded by the Nazis.

A small group of German economists, however, had a different vision: one of an economy freed of the shackles of price controls and other socialist measures. Figures like Walter Eucken, Franz Böhm, and perhaps above all Wilhelm Röpke not only possessed impeccable anti-Nazi credentials. They were convinced that Keynesianism and social democracy meant continuing economic stagnation. Moreover, they had the ear of someone in a position to do something about it.

Ludwig Erhard, who had a business background, was appointed director of economics in 1948 for the zones administered by America and Britain. During World War II, Erhard had absorbed the ideas of free market economists such as the Nobel economist Friedrich von Hayek but, most of all, books and articles written by Röpke in exile in Switzerland. The publication of Röpke’s The German Question in 1946 exerted similar effects on postwar German public opinion as Hayek’s  Road to Serfdom had on Anglo-American audiences.

Likewise, Röpke’s newspaper articles had a profound impact on informed opinion — especially on practicing Catholics and Protestants who dominated the leadership of the emerging Christian Democrats. One of Röpke’s more famous pieces arguing for free markets was published in the Catholic weekly Rheinische Merkur. This is regarded as one of the most important articles that helped prepare German public opinion for Erhard’s reestablishment of the market economy in West Germany in 1948.

Already well-disposed towards free market ideas, Erhard absorbed Röpke’s economic thought, which confirmed his conviction that Germany’s economic revival depended on restoring basic elements of the free market, most notably a stable currency and free prices. In June 1948, Erhard took the plunge. Acting against the wishes of most Allied occupation officials, Erhard introduced a new currency — the Deutsche mark — to replace the near-useless Reichsmark. One month later, Erhard abolished price and production controls. Within twelve months, many other economic controls dating from the Nazi era were dismantled. These changes were soon replicated in the French occupational zone, thus creating uniform economic arrangements throughout what would become the Federal Republic of Germany in 1949.

These reforms had short and long-term effects. Consumer goods reappeared literally overnight on the open market because producers could charge the real (higher) price rather the lower (government-mandated and thus artificial) price. Worker absenteeism vanished because the money for which people worked now had actual purchasing power. More generally, the existence of a stable currency encouraged businesses to invest capital in restoring and modernizing German industry. This provided the basis for strong exports-based growth and an extended surge in productivity, earnings and profits. The Wirtschaftswunder (economic miracle) was underway. By the mid-1950s, West Germany had risen from the ashes to become Western Europe’s economic powerhouse. The contrast with Britain, which moved in a socialist direction after the war and didn’t abolish rationing until 1954, was stark.

This isn’t to claim that West Germany adopted a fully-fledged market economy. As finance minister, Erhard often had to placate market skeptics in the West German government. One such compromise involved expanding the German welfare state first instituted by the Iron Chancellor Otto von Bismarck in the 1880s. This didn’t go unnoticed. In 1950, for example, Chancellor Konrad Adenauer commissioned Röpke to write a defense of his government’s economic policies. To Adenauer’s surprise, Röpke’s report praised Erhard’s liberalizing measures but also insisted that welfare-spending and taxation could not exceed certain levels “without impairing the expansive and regulative aspects of a free market economy.” Röpke then stated that such spending and regulation was already excessive. On that point he went unheard. It wasn’t until the early 2000s that a German government would address those problems in a systematic way.

That said, one major reason why contemporary Germany is one of the world’s most prosperous economies is that 68 years ago a few key policymakers and intellectuals rejected the social democratic ideas that are now fashionable again. What’s important, however, to remember is that Germany’s recovery wasn’t a “miracle.” It was the logical outcome of embracing markets.

Unfortunately, the logic also works the other way. There’s nothing mysterious about the way in which socialism and social democracy creates economic chaos and destruction. It’s a natural consequence of denying freedom. This lesson is one that many today in the West seem determined to ignore. The cost, alas, will be borne by everyone.