Slaveowners’ Justice for the January 6 Defendants and Trump Supporters 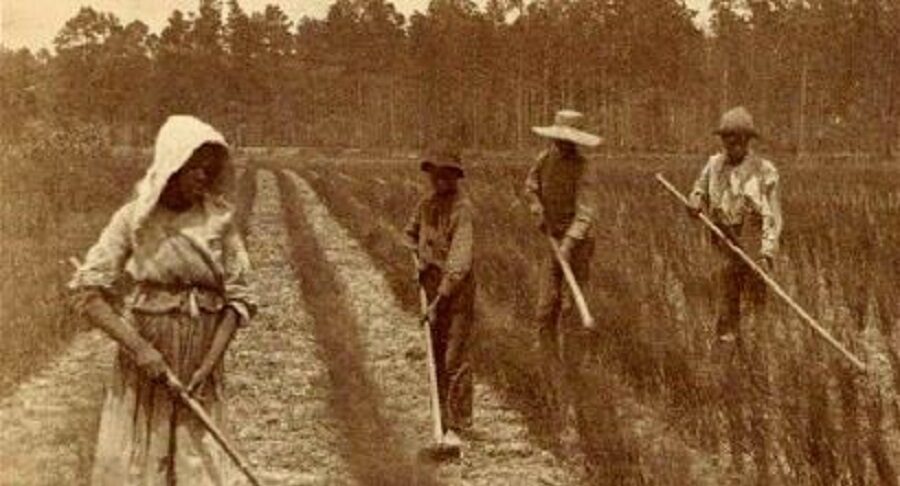 My wife, Kim, and I recently watched the 2013 film, 12 Years a Slave, which won three Oscars, including Best Picture. It was based on the true story of Solomon Northup. As a free and prosperous black violinist from upstate New York, while in Washington, D.C., in 1841, he was kidnapped and sold into slavery. After twelve long years as a slave in Louisiana, Northup was able to regain his freedom and return to his family. In 1853, he wrote a memoir of his tragic but remarkable experience, which is the basis for the movie.

After Northup’s release on January 4, 1853, he sued one of his abductors, James H. Burch, who was in fact arrested and brought to trial. However, because of a Washington, D.C., law that prohibited a black man from testifying in court against a white man, the charges were dropped and Burch was released.

Though Northup’s story was completely true with a mountain of evidence (including scars on his back), he was not allowed to testify. So he got nothing for being robbed of twelve years of his life. Twelve years that he could have lived in comfort with his family but spent in pain and suffering more than a thousand miles from his family. It’s hard to fathom any legal proceeding in which only one side gets to express their narrative, and that narrative stands without any dissent whatsoever.

Oh, wait, you can see that on CNN today if you tune in to the Democrats’ January 6 Committee’s kangaroo court. (For a good background, I recommend Mike Huckabee’s article, ‘Emergency’ January 6 Hearing is an Absurdity.)

This faux hearing has brought injustice full circle and set us back 169 years to the days of the unjust trial of Solomon Northrup’s abductor. I realize that being treated like a subhuman on a Louisiana plantation exacting gruesome toil exceeds even the treatment of any J6 protester. However, from the standpoint of getting justice in Washington, D.C., there’s little difference. Both are completely one-sided, akin to Joseph Stalin’s “show trials” in Moscow between 1936 and 1938. Properly labeled, they were just that: totally for “show” with a pre-determined outcome.

What a disgrace to our country.

Every committee member was cherry-picked by Nancy Pelosi because he hates the MAGA movement and scoffs at the Constitution. She even found two Republican Trump-haters, Kinzinger and Cheney, so they could call it “bi-partisan.” You know, like a shoe store owner putting one pair of 13EEEs at half-price in order to advertise “SELECT GROUP HALF-PRICE!”

If Only Pelosi Were a Red-Head

Desi and Lucy couldn’t have written a more comical script. You may remember Lucy’s great line to Ricky, “Ever since I said ‘I do,’ there are so many things we don’t.” Likewise, it seems that ever since Pelosi took her oath of office and said “I do,” all things ethical (or even legal in some cases) are “don’ts.”

Pelosi and her laughable committee keep calling the unauthorized entrance to the Capitol on January 6th by unarmed, selfie-taking patriots an “insurrection.” According to recent data from the Justice Department, about 80 Capitol protesters have been charged with possessing “dangerous or deadly weapons,” including pepper spray, flags, walking sticks, helmets, a taser, and a fire extinguisher. I guess these are considered formidable weapons to overturn a government with Boeing AH-64 Apache helicopters, M1A2 SEP tanks, Paladin self-propelled Howitzer artillery systems, M2 heavy machine guns, and TOW anti-tank guided missiles.

And many of the protesters spent almost a year in solitary confinement, while awaiting non-speedy trials. But during the J6 hearings, Stephen Colbert’s staffers committed the same infractions. No charges filed. The seven staffers were at least arrested for the unauthorized entry to the House of Representatives office building, but of course, they were soon released with hardly a mention on the MSM.

And because the J6 patriots were simply protesting apparent voting fraud (proof of which has emerged), committee chairman Bennie Thompson and committee member Jamie Raskin have led the charge in accusing them of trying to overturn the election. Never mind that Thompson and Raskin voted to overturn the 2004 and 2016 elections, respectively. And I don’t recall shouts of “Insurrection!” in 2000 while they were counting the “hanging” and “dimpled” chads after Gore demanded a hand recount in four counties.

Like the trial of Solomon Northup’s abductor, the most astounding thing of all is that the only information that really matters is not even mentioned! Like why has Ray Epps (a suspected Fed), the only person caught on camera coercing the crowd to go into the Capitol, not testified publicly under oath?

And why has the homicide of Ashli Babbitt, the only person shot dead during the protest, not even been mentioned?

And why has there been no mention of then President Trump offering up to 20,000 National Guard troops two days prior but was turned down by Speaker Pelosi and Mayor Bowser? Why not put Pelosi herself on the stand to answer for that under oath? After all, she was responsible for the security of the Capitol. The reporter blowing this whole story open is Julie Kelly of American Greatness. She asks:

I’ve spoken with a DC National Guardsman. They were stationed at the Armory at 6 a.m. that day. They were waiting there, about 1,200 of them, and they were not activated and deployed until 4 o’clock that day. Now, why?

One protester, who has no criminal record whatsoever and is facing 20 years in prison, told podcaster Steve Deace of The Blaze, “We are no longer free. And this country was taken without firing a single shot.”

In a heartbreaking interview on Newsmax’s Greg Kelly Reports, Pam Hemphill, a 69 year-old woman, who is a cancer patient, said that she was going to prison the next morning for … trespassing. And this is at a time when Soros-backed D.A.s like George Gascon and Kim Foxx are releasing cold-blooded murderers out of jail the next day.

Jesus said in the last days, “lawlessness will abound” (Matthew 24:12). Perhaps we’re seeing tremors to that. In my view, Nancy Pelosi has done a lot to promote that lawlessness in our government and has brought much harm to America. And if you think that’s an un-Christian thing to say, consider the fact that Paul told Timothy, “Alexander the coppersmith did me much harm” and went on to say, “the Lord will judge him for what he has done.” I’ll leave Pelosi’s judgement to God.