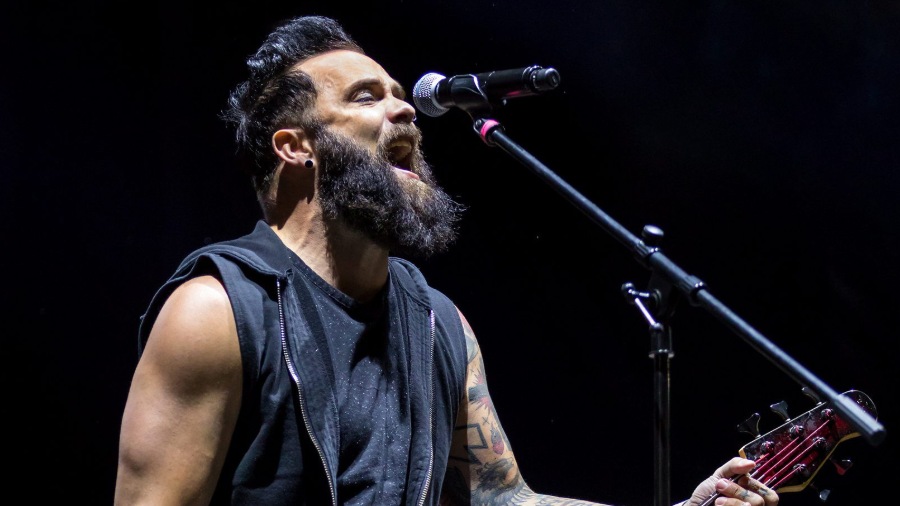 "It is time for the church to rediscover the preeminence of the Word," John Cooper, lead singer of Skillet, wrote in a viral Facebook post.

Skillet’s lead singer John Cooper is surprised his Facebook post has gotten so much attention: 39,000 shares as of Monday. Dan Andros at Faithwire wrote, “Prepare to unleash a barrage of “Amen!” shouts while reading this.”

Cooper pleads for the church not to stifle inconvenient truths but to “hold even tighter to the anchor of the living Word of God. For He changes NOT.” He wrote, “We must STOP making worship leaders and thought leaders or influencers or cool people or “relevant” people the most influential people in Christendom.”

Cooper’s passionate post comes after two Christian leaders publicly announced their dissatisfaction with Christianity. Joshua Harris, a former leader of the ’90s purity culture, former pastor and author of I Kissed Dating Goodbye, announced in July his divorce and that he no longer considered himself a Christian. Marty Sampson, a former Hillsong worship leader, announced last week in a since-deleted post that he is “genuinely losing his faith.” He later clarified that he hasn’t totally lost his faith but is on “incredibly shaky ground.”

Sampson responded to Cooper’s post with his own post, saying Cooper put him “on blast” in front of all his followers. He said he was being honest and wondered why his doubts about Christianity were troubling to so many Christians. He later edited his post to simply say, “@johnlcooper I changed my mind. Love you bro.”

Cooper said in an interview with CBN News that he wrote the post “not out of anger.”

“I just was sad. I was depressed,” Cooper told CBN. “These are people that have influenced my life. My kids’ lives, my friends’ lives, my church. It’s so saddening and so disheartening, and I just want to make a call to the church to grab a hold again of the preeminence of the Word of God.”

Cooper writes in his post, “It is time for the church to rediscover the preeminence of the Word. And to value the teaching of the Word.” He calls on the church to value truth over emotion. “What we are seeing now is the result of the church raising up influencers who did not supremely value truth who have led a generation who also do not believe in the supremacy of truth. And now those disavowed leaders are proudly still leading and influencing boldly AWAY from the truth.”

Cooper, who has been the lead singer of Skillet for 23 years, told CBN he stays balanced by feeding himself truth “even when that truth can sometimes be somewhat inconvenient.”

Perhaps the answer to John’s question, “What in God’s name is happening to Christianity?” is this: Jesus told us that many will become offended and the love of many will grow cold. Perhaps it’s getting harder and harder to stand firm as a believer without a rock-solid faith, and in this environment many are falling away.

As the darkness gets darker, may the light get brighter. We pray that those who are struggling with their faith would run into the pure love of God and be strengthened. We pray for all believers, whether we feel strong or weak in our faith, that God would give us the grace to seek Him diligently and let our roots go down deep in Jesus.

May we be like the Psalm 1 tree planted by streams of water, which bears its fruit in season and whose leaf does not whither. May we prepare ourselves for the dark night of doubt and trials with the oil of intimacy with God that will last us until the bridegroom comes again. May God strengthen and purify His church, washing her with the water of His word so that He may present her to Himself as a spotless bride. Let us seek God. As Jesus told His disciples: Stay awake and pray that you do not fall into temptation.