Skeptics Laugh, but Pascal’s Wager Has the Goods on Them 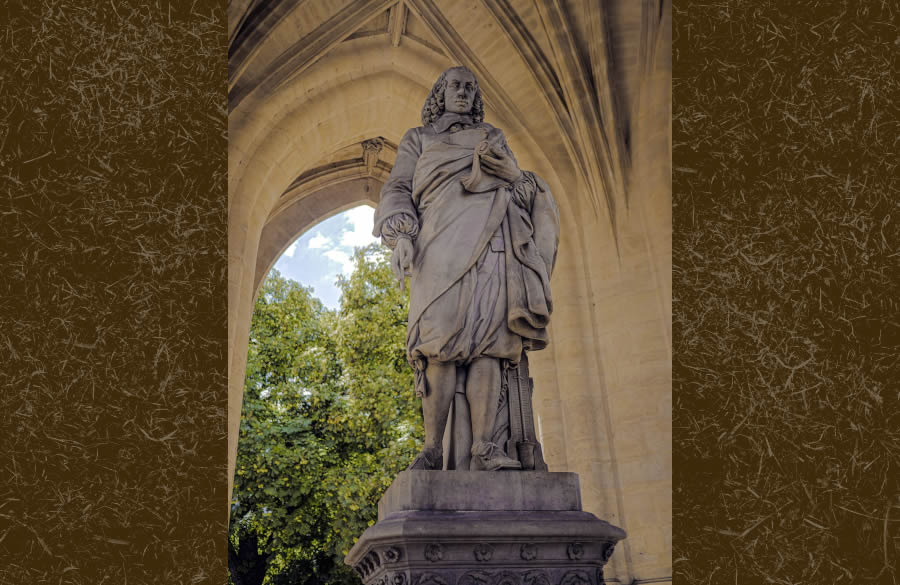 Imagine a man with the tech moxie of a Steve Jobs, the psychological acuity of a Jordan Peterson, and the reasoning powers of a Socrates. That was the Frenchman Blaise Pascal. Pascal was a tech giant before his time, the only 17th century thinker to have an actual computer program named after him. He was also a profound thinker about the human condition and ultimate truth, and a brilliant writer.

Modern skeptics only know “Pascal’s Wager,” and they really don’t know that. They’re betting he’s clueless on that. They could gain far more from understanding this great thinker.

The Skeptical Version of Pascal’s Wager

In his best-selling 2006 book The God Delusion Oxford scientist Richard Dawkins described Pascal’s Wager this way: “The great French mathematician Blaise Pascal reckoned that, however long the odds against God’s existence might be, there is an even larger asymmetry in the penalty for guessing wrong.”

Dawkins thinks Pascal was saying the reason to believe in God is because it’s a good bet. If you believe, but it turns out He isn’t real, all you lose is a few Sunday morning sleep-ins. But if you fail to trust God and He turns out to be real, you lose your immortal soul. There may be hardly any real reason to believe in God, but still the smart money puts its bets on faith anyway.

It’s a caricature, but Dawkins believes it anyway. He said Pascal “wasn’t claiming that his wager enjoyed anything but very long odds.” And who can force himself (he wondered) to believe that way? “I can . . . swear on a stack of bibles [sic] that I believe every word inside them. But none of that can make me actually believe it if I don’t.” And which God or gods should we bet on? Yahweh? Baal? Shiva?

What Are They Really Rebutting?

Recently Alex O’Connor, a bright young Oxford philosophy student and fan of Dawkins who calls himself “Cosmic Skeptic” online, has picked up Dawkins’ line of thought: “Pascal’s Wager can only ever be an argument for feigning belief in God.” To that he adds, “It seems to me that any intelligent God would far more appreciate intellectually honest skepticism than a half-hearted thing ‘just in case.'”

It sounds like a great rebuttal of something, and it could be if Pascal had said what Dawkins and O’Connor claim he said. The first question to ask such critics is, “Have you actually read Pascal?” Because all this is nonsense. Almost every modern skeptic overlooks five patently obvious and supremely important points about Blaise Pascal, and the Wager he made so famous.

Putting the Wager in Context

First, Pascal didn’t set out to write a wager but a book. The so-called “Wager” is just a few paragraphs of a work titled Pensees, French for “thoughts.” Careful scholars read arguments in the context in which they appear, not isolated in a few pithy quotes on random web pages.

Secondly, Pascal did not complete the book. (He only lived 39 years.) “The Thoughts” are hundreds of “fragments” Pascal jotted down in preparation for a full defense of the Christian faith. He never finished it, in fact never even started, other than making these notes. Some fragments are complete essays, others just a sentence or two. Some appear as finely-sculpted jewels, worth quoting on your Facebook page, one a week for years on end. Others are sketchy, more like “to do” lists stuck to your refrigerator door. Editors disagree on how to properly order these thoughts.

That means no one knows for sure how Pascal meant to tie his “Wager” to other points he would make. But clearly, if you want to understand that famous bet, you should not ignore the book in which it was meant to appear.

Third, other fragments in the Pensees do exactly what skeptics deny Pascal does: They offer evidence for the Christian faith. They show how it differs from other religions, and how that matters. Pascal’s evidence falls into three or four categories: miracles, prophecies, the character of Jesus and the accounts of his life that we call the gospels.

If Jesus had not worked miracles, Pascal says, “There would have been no sin in not believing” in him.

Pascal described the Old Testament as a “cipher,” the key to understanding which is the life of Jesus: “I see many contradictory religions . . . But I see that Christian religion wherein prophecies are fulfilled.”

Some sayings in the Pensees even begin with notes such as “Proofs of Jesus Christ.” Obviously, Pascal thought the Christian faith was supported by evidence!

The character of Jesus astonished Pascal not because it was too Stoically perfect, but for its apparent weaknesses, like the agony he went through before his death: “Who has taught the evangelists the qualities of a perfectly heroic soul, that they paint it so perfectly in Jesus Christ?” (Fragment 800)

The evidence of Jesus’ life was closely tied to evidence Pascal saw for the gospels in which that life is described: “The apostles were either deceived or deceivers. Either supposition has difficulties; for it is not possible to mistake a man raised from the dead.” (802)

Myth and Truth About Christian Evidences

Atheists may attack such arguments if they like, but Christian apologists including myself and Stream editor Tom Gilson have answered them. And I do think Christians get the best of those arguments. As a missionary, I have found reason to believe that miracles really do happen, as Augustine and Pascal claimed. And as a scholar of Chinese religion, I find (and have written, both in popular and scholarly terms) that the Gospel fulfills not just Old Testament prophecies, but truths deeply imbedded within Chinese tradition.

The Pascal of popular impiety is a myth. The real Pascal emphatically did offer evidence for the Christian faith, chapters’ worth of it.

Fourth, Pascal’s arguments specifically support Christianity. He wrote of Old Testament prophecy fulfilled by Jesus, miracles worked by Jesus, the character of Jesus as described in the gospels. Skeptics who ask, “Which God?” or claim, “Christians only use the Wager against atheists, not Baal-worshippers or Muslims!” simply show they haven’t read the primary source for themselves.

Fifth, Pascal viewed the psychology of choice in a far more sophisticated and nuanced manner than his critics do. Pensees is filled with sayings of profound psychological insight. Pascal was sensitive to complexity. He saw that although there is strong evidence, the heart, which “has its reasons, of which reason knows nothing” can kick like a donkey: “There is enough light for those who desire only to see, and enough darkness for those of a contrary disposition.”

Pascal wisely recognized that faith is not simply a matter of assenting to facts we have dispassionately weighed and confirmed. It’s not like Spock figuring the odds of attaining escape velocity from a black hole.

When Pascal focused so eloquently on the moral component of faith, it wasn’t because we can “will ourselves to believe,” for example, in the non-existence of Australia, (per Alex O’Conner’s challenge). It’s because he knew how easily desire clouds our minds. “Put the bottle down!” “Tar and nicotine blacken your lungs!” “He’s the wrong guy for you!”

In our addictions, we practice the non-presence of God. Coming back to Him involves practical steps of faith, not to brainwash ourselves, but to clear our minds of the sins which so easily beset us.

Skeptics attack a Pascal who never lived. As I have written (in The Truth Behind the New Atheism), Dawkins’ “rebuttal” of Pascal “is like Archie Bunker explaining the errors of Zen Buddhism.”

Whether you are a skeptic or a Christian, here’s a suggestion for the New Year. Spend less time on the Internet. Invest in great books. As you love your soul, consider the wages of carefully reading great thinkers like Pascal for yourself.